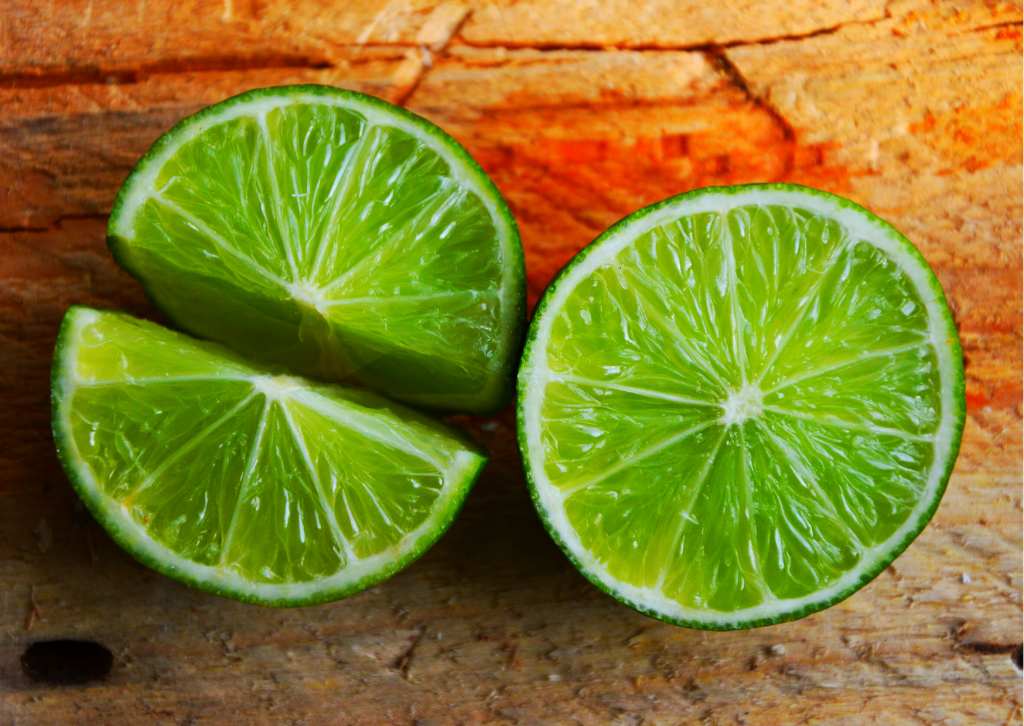 In this installment of the ‘Agronometrics In Charts’ series, Sarah Ilyas studies the factors causing the recent spikes in lime prices. Each week the series looks at a different horticultural commodity, focusing on a specific origin or topic visualizing the market factors that are driving change.

Limes are rich in Vitamin C, a natural antioxidant that strengthens the immune system; along with the rest of the citrus category, limes have seen an increase in demand as people try to stay healthy through the ongoing pandemic. This rise in demand and supply issues has led to dizzying increases in lime prices. As shown below, conventional limes in week 2 this season reached the heights of $55.77 per package, while the price recorded in 2021 was $16.87 per package. 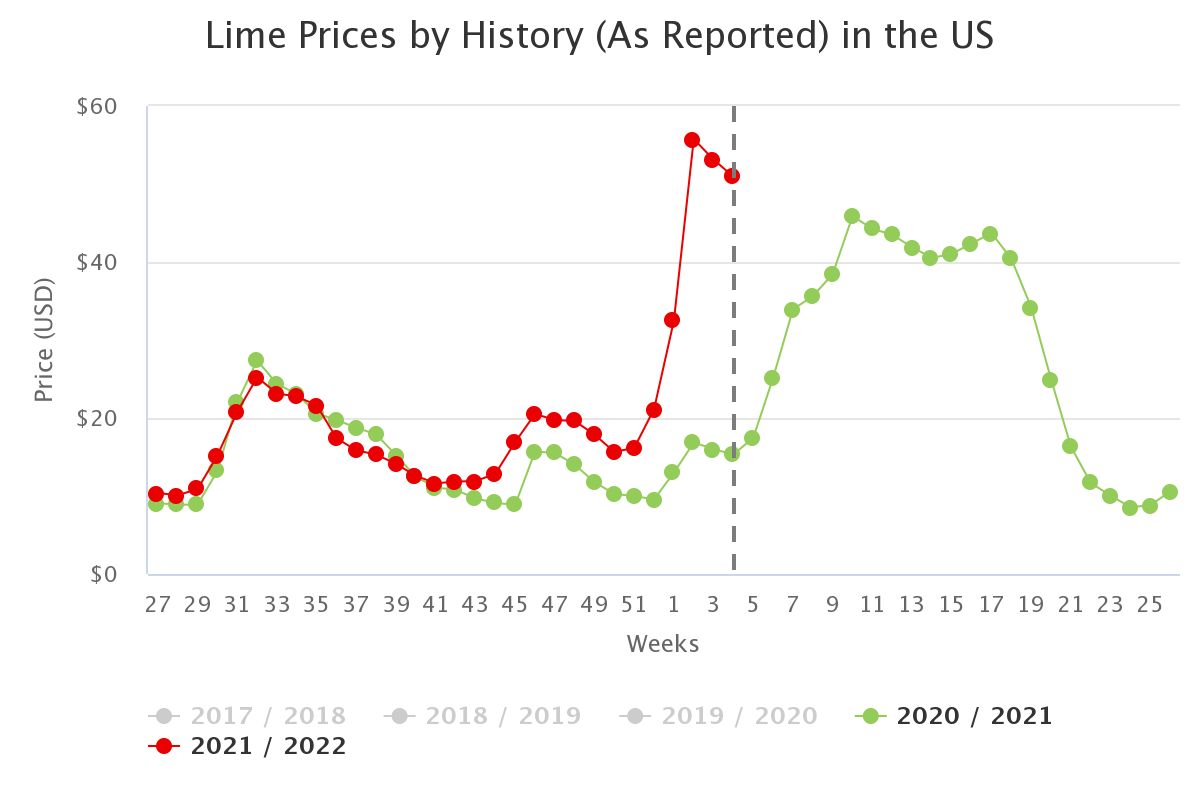 According to Mexico’s Agriculture Ministry, the spiraling lime prices can be attributed to poor weather, rising fuel and fertilizer costs, and violence in producing states, particularly Michoacán. Warring groups blocked and destroyed roads that were used for the production of limes, says Ricardo Sheffield, head of Mexico’s federal consumer protection office. Organized crime uses lime production as a war tax, limiting the harvest to manipulate the price and then demanding a percentage of the profits. Workers are being coerced by such forces to work on farms just twice a week, instead of the usual three days a week, said Hipólito Mora, a Michoacán lime producer.

The restricted harvest has led to a steep increase in lime prices, rattling the consumer market and allowing groups with vested interests to dictate prices and charge farmers higher extortion fees.

According to an industry source, a factor that really compounded things this year was a spray program that was intended to keep insects off the fruit, but ended up killing a large portion of the crop. Additionally, clogged ports and bottlenecks on the East Coast and in Florida have caused a reduction in volumes. Last August, hurricane Grace knocked off most of the flowers in Mexico and dealt a heavy blow on lime volumes. Mexican growers are still recovering from the effects of inclement weather. 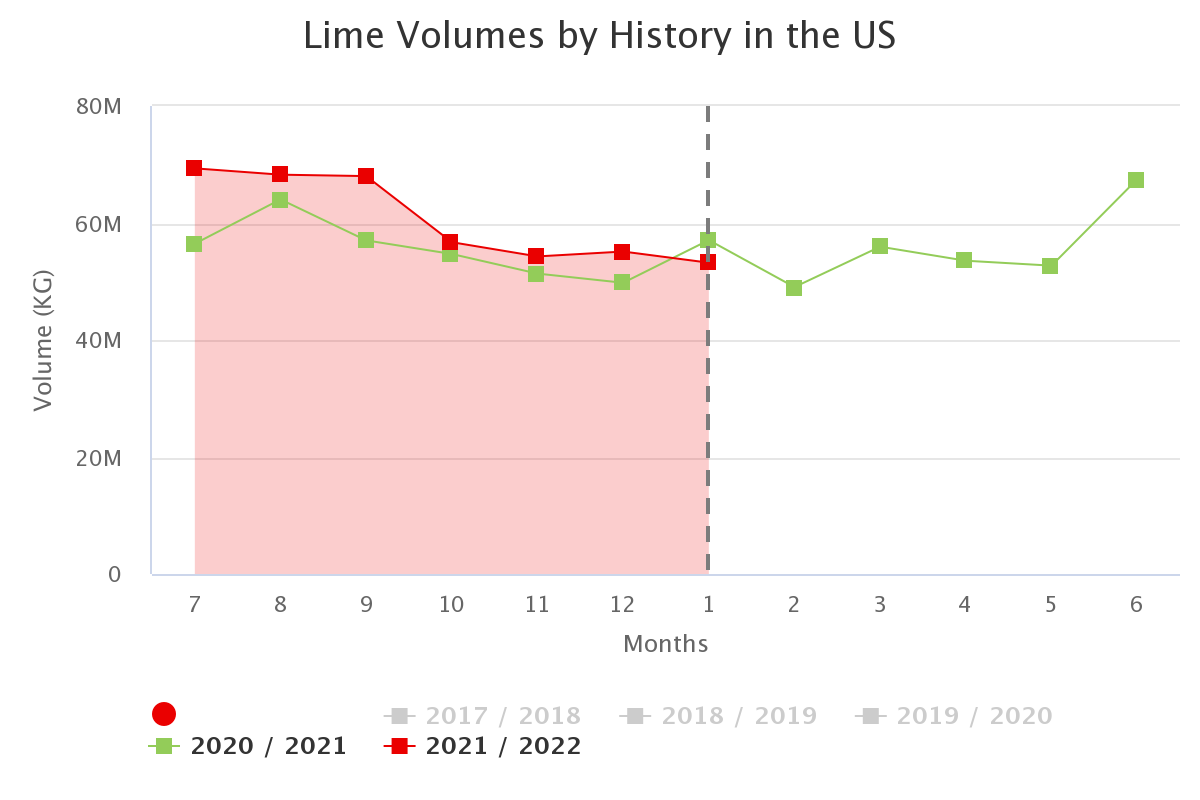 A tragic victim of the increase in lime prices is guacamole. With the 56th Superbowl just around the corner and the demand for avocados and limes rising, the cost of guacamole on the big day is likely to go up. While there are a multitude of factors that would impact lime prices in the upcoming weeks, the prices could continue to burgeon if the state of affairs in Mexico continues to be as it is.