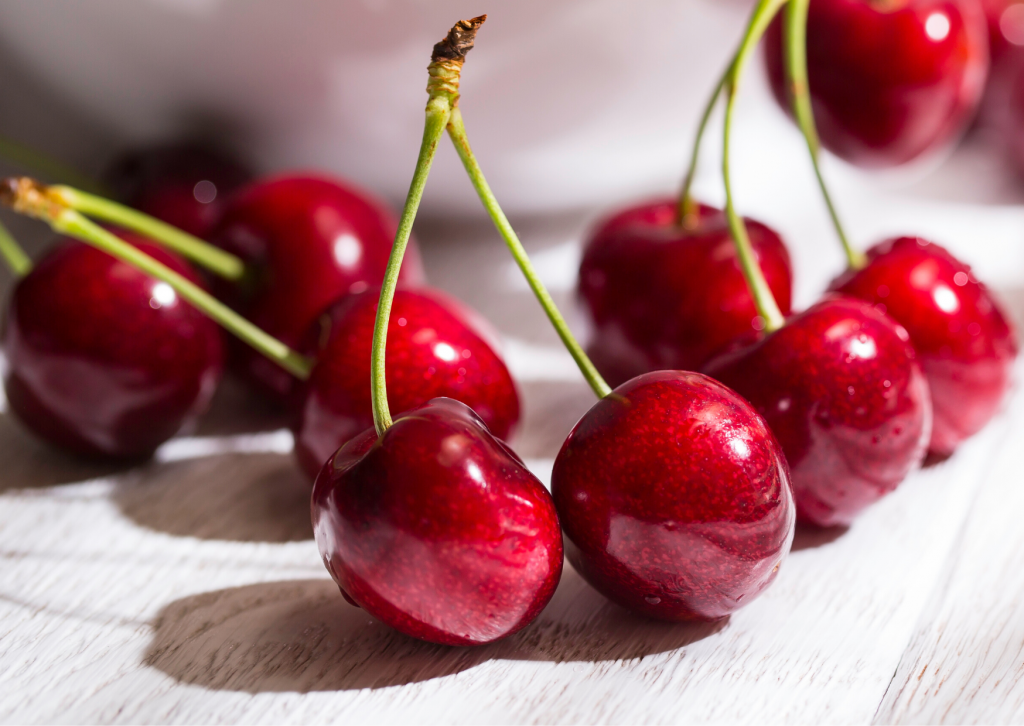 Overview of cherries from California the U.S. market, complemented by charts from Agronometrics. Original published on May 5, 2022.

Cherry harvest in one of California’s early regions in Western Merced County started April 14, a few days before Easter. “This has been a record setting early season, but we have a unique micro-climate here in Gustine having the potential to be earlier than the southern growing districts,” says Chris Medeiros with Meena Farms.

Buyers were waiting for California cherries with anticipation and demand has been strong. “We’ve been shipping to several countries since day one of our season.” The company ships all its cherries by air and about 24-48 hours after packing, feedback from customers typically starts to trickle in. Countries of destination include many of the Northern, Central and Southeast Asian countries as well as the middle east. Due to the lockdown in China, market traffic has been low and arrivals are difficult in some markets with Meena Farms choosing to wait for better conditions.

The weeks leading up to harvest were quite eventful. Closer to maturity, cherries are very susceptible to rain and while the state didn’t see much rainfall during the typical wet months of January, February, and March, some heavy rainstorms came through in April. It was at a time when the fruit was most vulnerable. “We used helicopters and tree sprayers for blowing the fruit dry, and deployed different irrigation techniques to prevent the rain from impacting the crop,” commented Medeiros. “Although it’s hard to pinpoint which method was most effective, we are pleased to say we weathered the storm, as we only sustained limited damage in isolated fields.”

Despite the challenges leading up to harvest, Medeiros is very content about the quality of the fruit. “The quality is exceptional with a very good size, less doubles and suture compared to other years and a high Brix level up to 32 with an average Brix of 22-25. We’ve received so much positive feedback about the quality this season. Customers really enjoy the taste and that experience is what we are trying to deliver,” he said.

Pricing is up from last year as freight is very expensive. Additionally, the dollar is strong right now, making cherries even more expensive for overseas buyers. “We try to limit passing on additional costs by consolidating orders as much as we can,” Medeiros said. “We want to set a fair price for our customers, but one that justifies the extra risk of being so early.” Despite strong pricing, demand is robust with many repeat purchases being seen. 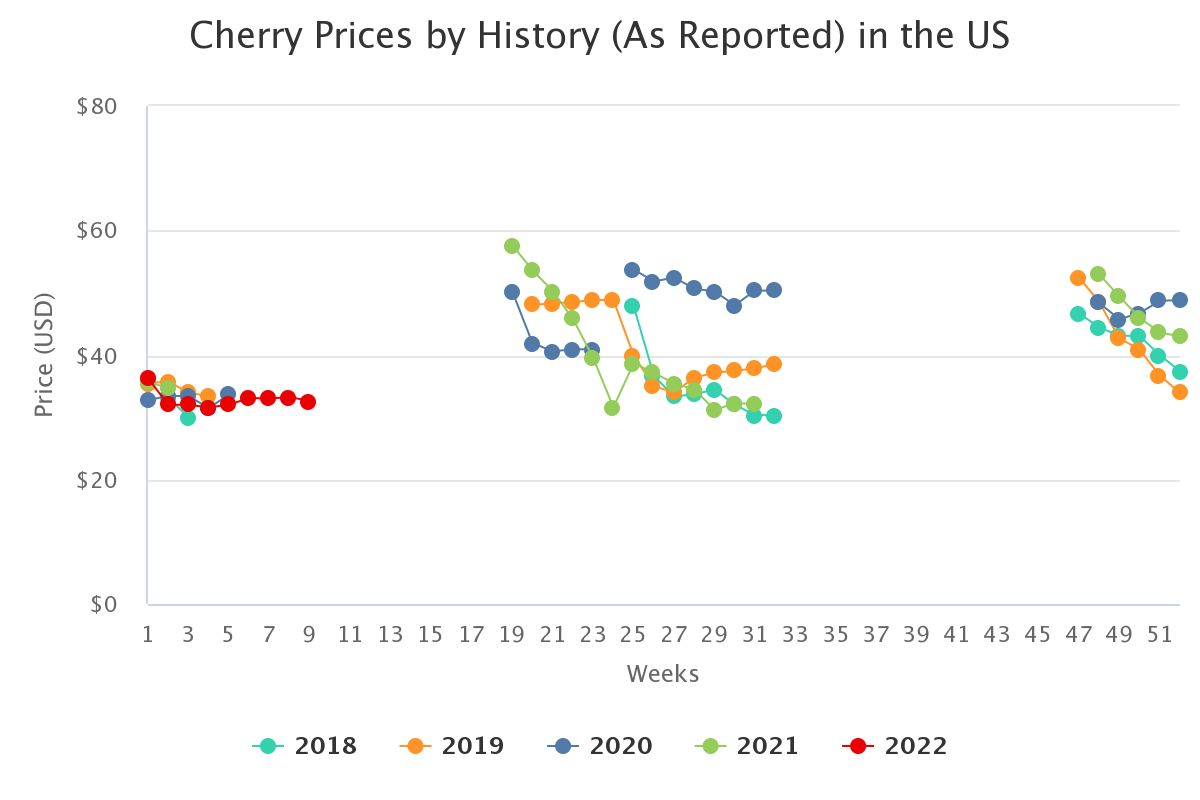 At the moment, Meena Farms is mainly picking the Coral Champagne variety as well as Royal Hazel and some Brooks. In late May, the company expects to move into the later varieties that include Garnet and some other Royal varieties. Meena Farms will wrap up for the season at the end of May but that’s because the farm is located in an early region. The state as a whole is expected to finish cherry harvest after the first week/10 days into June.