Overview of nectarines from Chile in the U.S. market, complemented by charts from Agronometrics. Original published on January 18, 2022.

Nectarine season has begun in Chile. The first varieties available are Garcica, White Royal, Magique and Boreal followed later in mid-January with all the Pearl varieties. Harvest is 10-days later this season compared to the 2021 season. 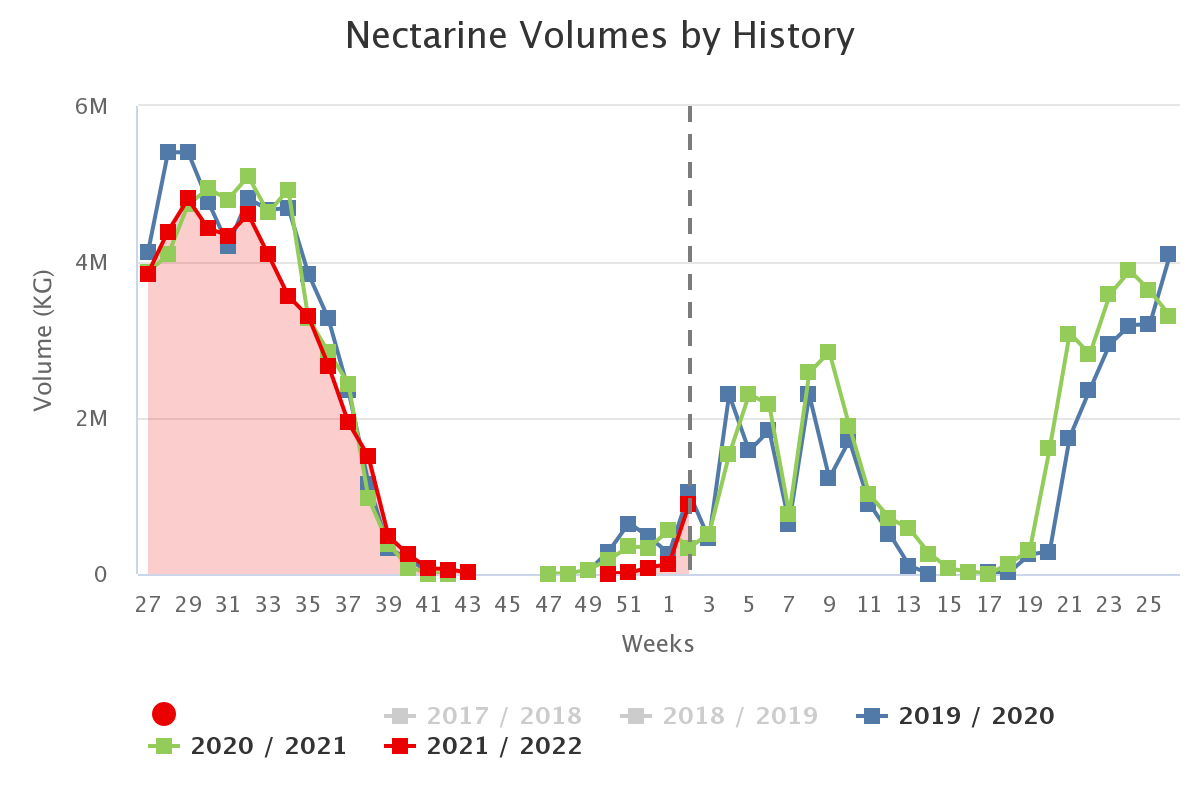 To date, the entire Chilean industry has shipped 7,400 tons, which is approximately 30% less than last year during the same period. The decrease in volumes to date has been caused by challenging weather conditions. We anticipate catching up in 2022 with the total expected volume shipped to be very similar to last year, with an export volume of Chilean nectarines of 70,500 tons. 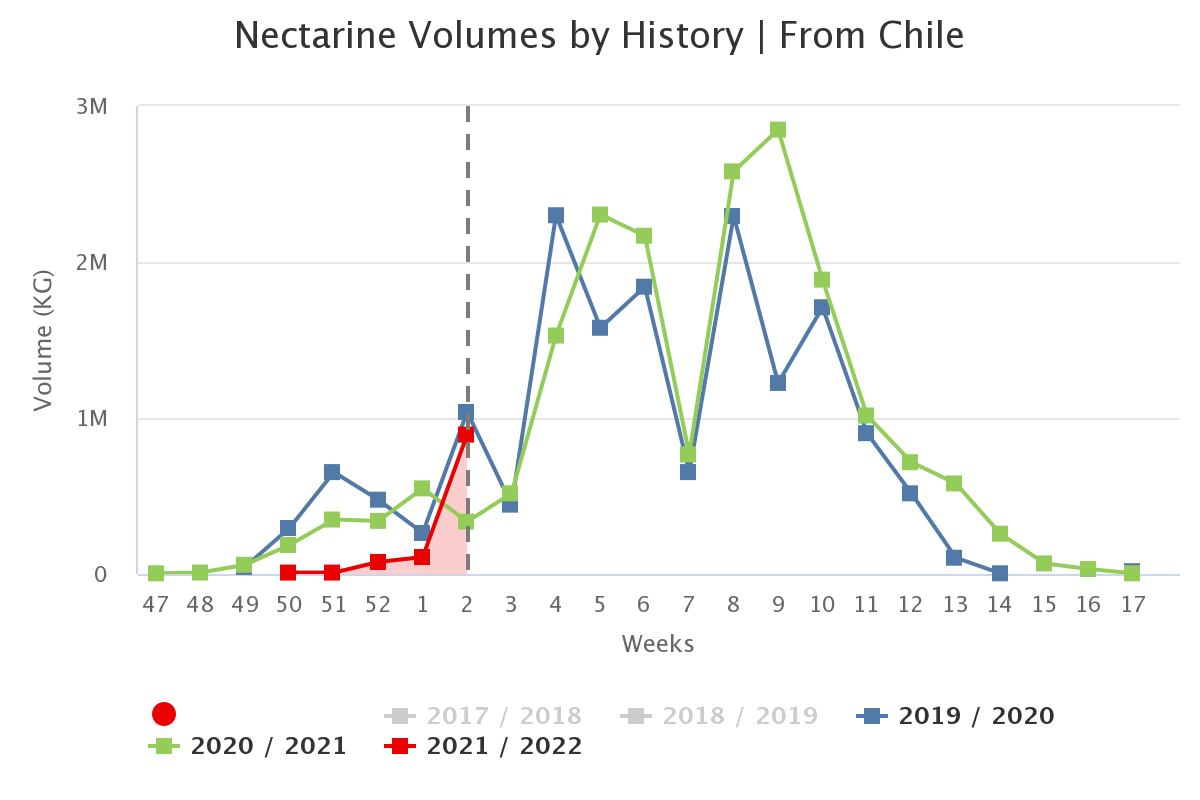 As seen with other commodities this year including cherries, labor costs have increased 30% – 40% in packaging and packing costs. In addition, we are seeing freight rates almost double in particular to Asian markets.

As the season is just beginning, we are hopeful the freight and labors costs decrease once the Chilean Cherry season concludes.

Due to the drought that Chile has been navigating through this past decade, we expect sizes to be concentrated in the 60s to 80s. As a result of these sizes, we expect an increased volume of the crop to be sold in Europe and USA this year.