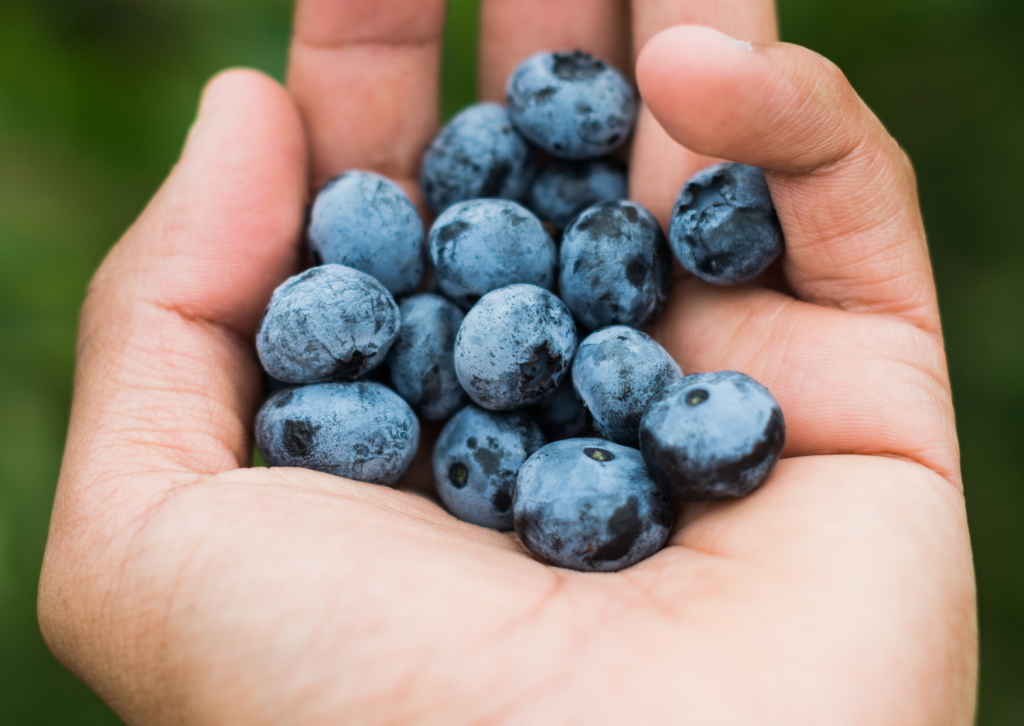 Overview of blueberries from Georgia in the U.S. market, complemented by charts from Agronometrics. Original published on April 29, 2022.

Produce is a big deal in Georgia — its nickname, after all, is the Peach State. Georgia is famous for those peaches, of course, as well as sweet Vidalia onions, but according to the Georgia Farm Bureau’s it’s also the top state in the production of peanuts, pecans, and blueberries, and is near the top in water-melons, cucumbers, sweet corn, Bell peppers, tomatoes, cantaloupes and cabbage.

“Georgia is a very important state in the produce industry,” said Seth Grant of Flavor 1st Growers and Packers, headquartered in in Mills River, NC. “As we are coming out of Florida and the late winter and early spring season, we look to Georgia. Georgia bridges a very important gap during the spring and fall, allowing us to have U.S.-grown product 52 weeks out of the year.” 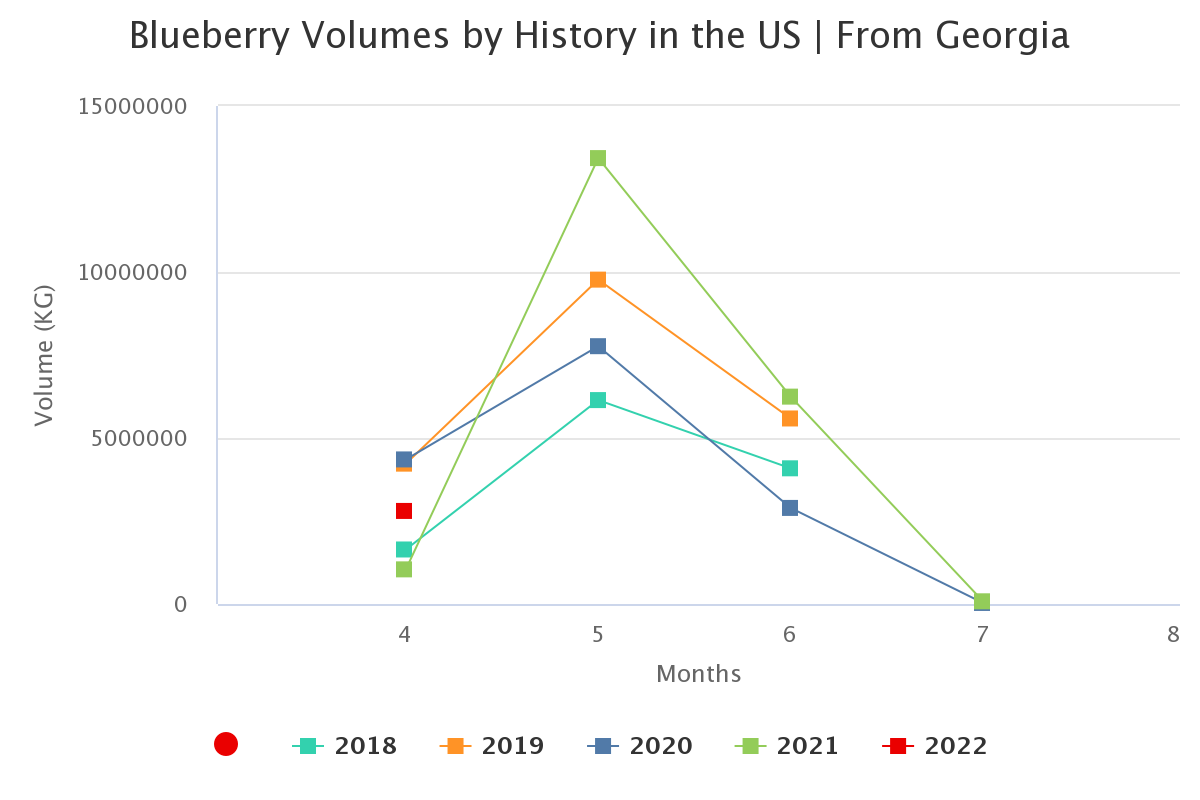 Georgia’s climate allows for the growing of just about any crop, and it contributes about $73.3 billion to the state’s economy each year, according to the UGA Center for Agribusiness and Economic Development.

Grant said 2022 is showing a lot of potential, as he noted that crops in South Georgia are looking strong.

“There was a bit of burn damage on the early pepper and beans from the late frost in early March, that could make the first week or two of the Georgia season tricky,” he said. “We are expecting everything to be about a week behind due to this. It has warmed up down there, and everything is coming along. We are looking forward to good weather and a great South Georgia season this spring.”

Georgia’s agricultural community is strong, as professionals work together to promote the delicious foods they grow and sell and encourage people in the state to buy local while also providing those foods to consumers in different parts of the country.

The Georgia Department of Agriculture’s Georgia Grown program promotes the efforts of farmers and local agribusiness, such as processors, distributors, suppliers, retailers and agritourism professionals, through a statewide community that offers an array of promotions and services. The Georgia Grown webpage makes it easy for visitors to support Georgia’s agricultural community through a search engine that allows people to look for businesses that sell specific produce items, including apples, broccoli, blueberries, as well as a general fruits and vegetables search.

In March, Georgia Grown focused attention on Georgia’s grits, which the Georgia Grown website promotes as the best grits in the world, and it provided a list of businesses that sell their grits online.

Last year, Georgia Grown premiered a new TV series, A Fork in the Road, which airs on Georgia Public Broadcasting stations throughout the state and which brings viewers inside food production in Georgia. By showcasing the efforts of growers, the series helps builds connections between consumers and growers by putting names, faces and stories behind the produce they buy.

“Viewers will experience cattle ranches, dairies, orchards, farms, seafood operations, produce distribution, food manufacturing, restaurants, and much more through real-world examples and on-the-farm interviews,” said Matthew Kulinski, deputy director of marketing for Georgia Department of Agriculture. “They will leave every video with an improved understanding of how their food is produced and its relationship to their lives.”

A major destination for Georgia produce is the Atlanta Farmers Market, a 150-acre operation that is considered one of the largest farmers markets in the world. Dozens of companies do business at the market every day, as it is a major marketing hub and distribution point for fresh produce, not only in the southeast, but the entire nation.

The Atlanta Farmers Market is open seven days a week, 24 hours a day, and in addition to the vendors that set up shop there, the market has USDA Federal-State offices and a garden center and serves as a major marketing hub and distribution point for fresh produce in the Southeast and throughout the country. The Atlanta Market is also home to two restaurants, and it is open 24 hours a day, seven days a week.