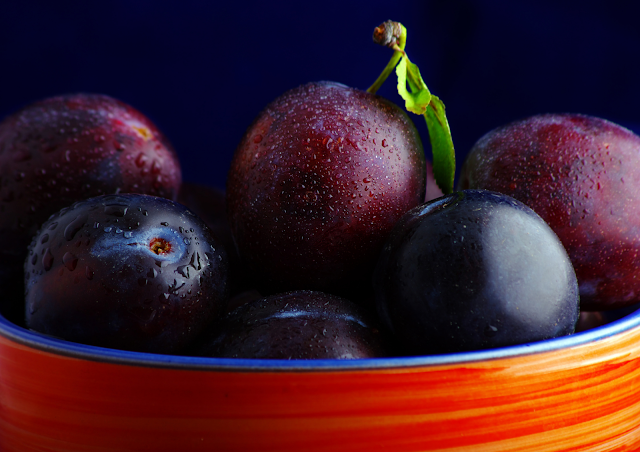 Overview of the California plums season, complemented by charts from Agronometrics. Original published on October 04, 2021.

Late-season/super sweet plum production has begun out of California. “We are excited about these plums. They are a real game changer in the stonefruit category,” says Chad Allred, vice-president for Kingsburg Orchards in Kingsburg, CA.

The California-based grower/packer/shipper has released 10 new, exclusive varieties of plums that are just this year coming into full production. “Our research and development team has been developing many new and unique varieties over the past 20 years. But these new plums are some of the most exciting new developments we have seen,” Allred says.

Plums in California are typically harvested between late May through September.

Volumes (in Kg) of plums from California in the US Market 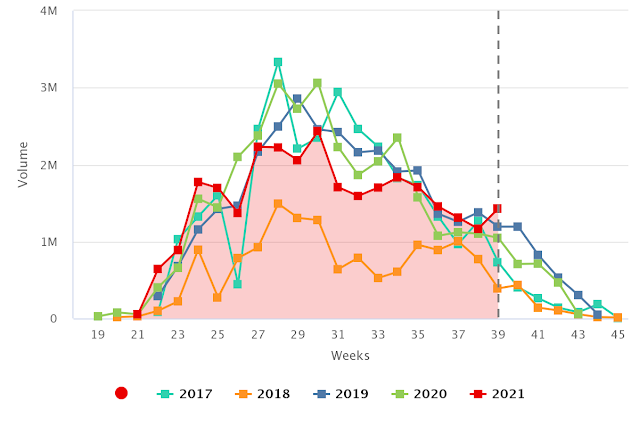 These new varieties at Kingsburg Orchards start harvesting in October and continue through Christmas and Allred says they are sweeter than regular season plums. “We’ve worked hard to get very high sugar levels in these plums. Standard plums are somewhere between 12-15 Brix. These new late-season ones start at about 18-19 and go up to 25 Brix,” he says. “They are by far our sweetest plums of the season.”

However, the challenge for these plums comes in introducing a product that normally doesn’t have much presence at this time of year. “These next three months are ones where retailers generally don’t have stone fruit from anywhere in the world so it really helps build up the sales dollars in the stonefruit category,” says Allred. “Data has shown that plum consumption in the past few years has been increasing and I feel that much of this steady rise is due to the improved eating quality.”

He adds that these new plums also allow the stonefruit category to expand via a new market opportunity. “A lot of stone fruit doesn’t often hit the market when school is in session. So our product doesn’t make it into school lunches for example,” he says. However, Kingsburg Orchards is marketing the product in bulk but also consumer-ready packs such as pouch bags and clamshells, which have seen good reception.

As for pricing on these plums, Allred likens it to early-season pricing. “We are expecting to get a premium for this product because of the flavor and the late season timing. But we’re not asking significantly more than we did a month ago,” he says. “Many of our top retail partners are already supporting these new varieties with programs though Christmas. We hope to continue to introduce these to more customers this fall.”