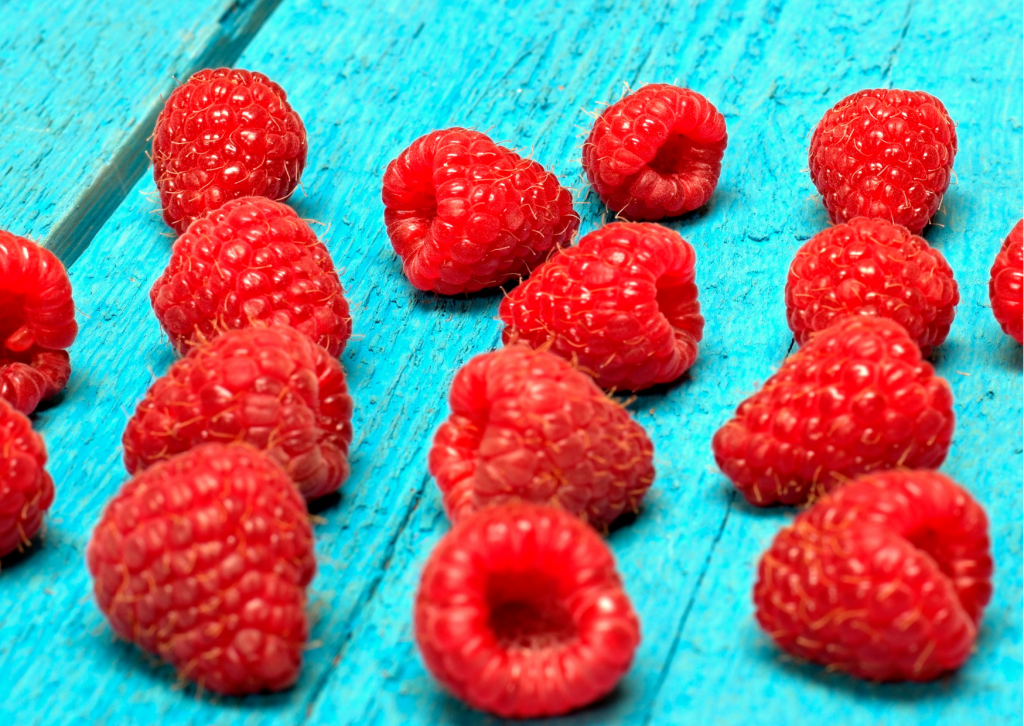 Overview of raspberries from Mexico in the U.S. market, complemented by charts from Agronometrics. Original published on December 06, 2021.

Volumes on raspberries are strong.

She does note that Central Mexico saw steady, persistent rains in the fall. “It definitely took its toll on all of the berries in Mexico unfortunately. It’s made for less volume and a slower start in terms of volume as well. But product is available,” Honigberg says, noting Sun Belle’s volume is considerably higher than last year and those volumes will grow as it gets deeper into the Baja California season as well.

Volumes (in Kg) of raspberries from California and Mexico, in the US Market 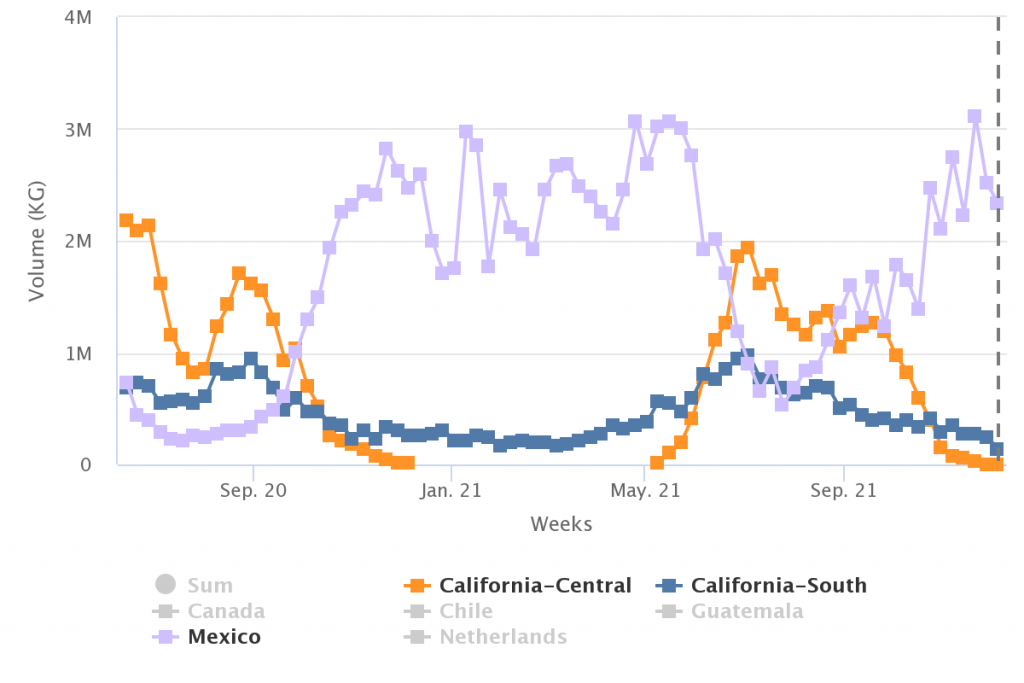 Meanwhile, demand for berries has been excellent. Sun Belle is marketing a new variety, the Malu raspberry, on a large commercial scale. “Malu has superb size, color and taste. It is firm with excellent shelf life, even with the large size. The Malu is a very sweet raspberry with a touch of acidity,” says Honigberg. “There’s a lot of work in varietal development in raspberries. The Malu raspberry is proving very popular.”

She notes that growers in both regions have the Malu, though Baja California growers have other varieties as well. “With the two regions coming together in the winter months, we’ll have extremely good quantities from the end of December through the end of February with good ad opportunities. The Malu itself will also have peak quantities in time for Valentine’s Day,” she says. Valentine’s Day is notably a holiday that often features raspberries and strawberries on menus.

Overall demand also feels stronger than last year. “It’s been a strong fall and raspberries always move well around the holidays, especially for New Year’s. And then January and February are fabulous months—people are mindful of healthy living and eating–and berries are such a good fit because they’re so healthy,” Honigberg says.

As for pricing it has been firm and Honigberg anticipates it to get firmer as Christmas and New Year’s Eve approach.