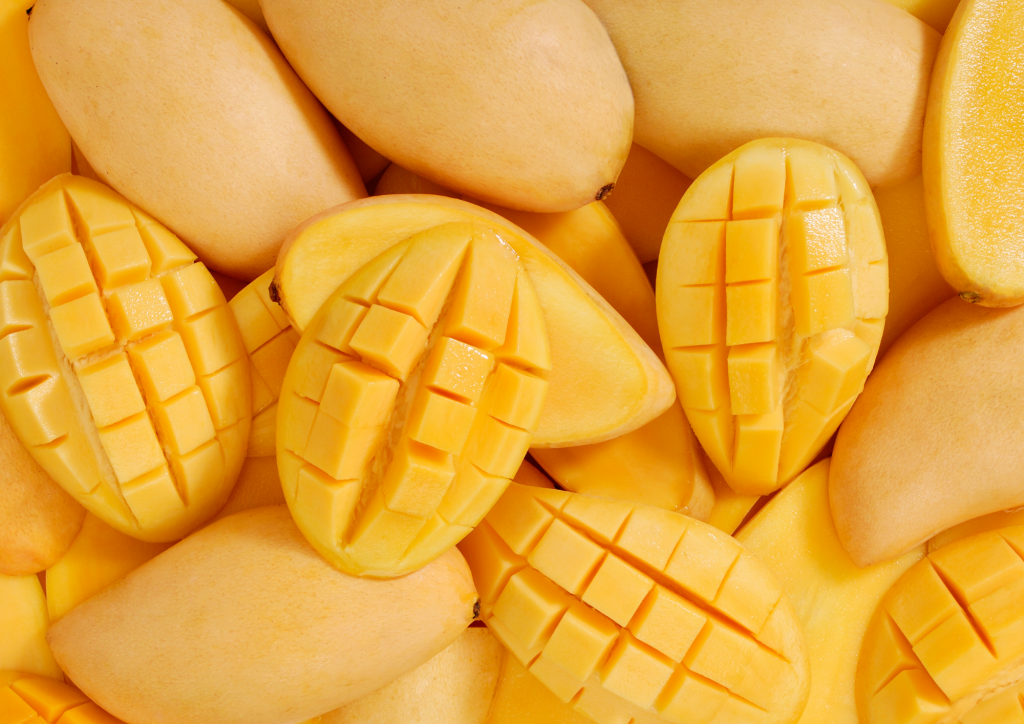 Overview of mangos from Mexico in the U.S. market, complemented by charts from Agronometrics. Original published on June 17, 2022.

June has been tough for mango supplies.

“It’s been like this since the start of the month and we expect it to continue through the end of the month,” says Stefanie Katzman, Executive Vice President, S. Katzman Produce based in Bronx, New York. “June has been short because of the weather in one of the growing areas in Mexico.” 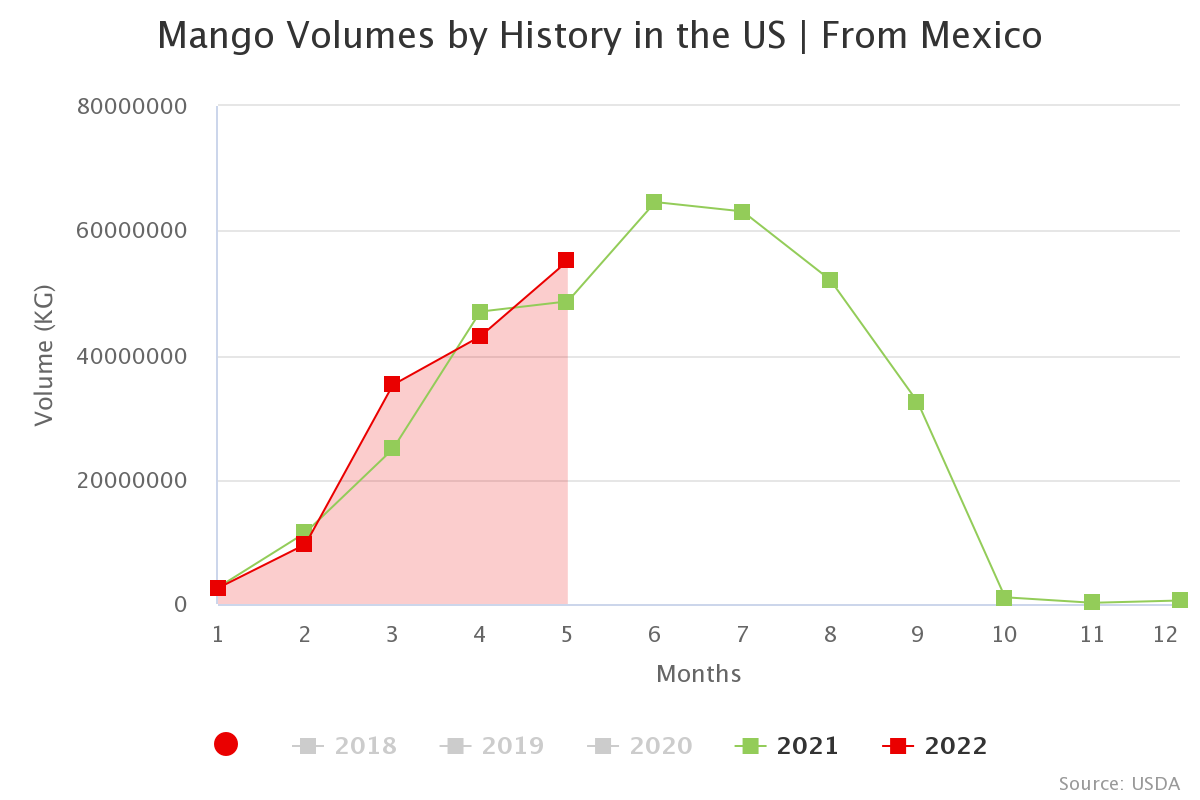 Currently, mangoes largely come from Mexico via two growing regions: Nayarit and Michoacán and Nayarit particularly has experienced challenging cold weather conditions. “So there’s been almost zero supply coming out of there,” says Katzman, adding that it’s largely Tommy Atkins mangoes shipping from that region. “And if together the two growing regions are going to be that short, it’s going to affect things up here.”

At the same time, demand for mangoes remains strong. Mango demand has been consistently strong and even growing in recent years. Couple that with the fact that Katzman says that in general, demand has been increasing for fresh fruits and vegetables. “We’ve had some of the strongest markets in a while because of that increased demand,” says Katzman. 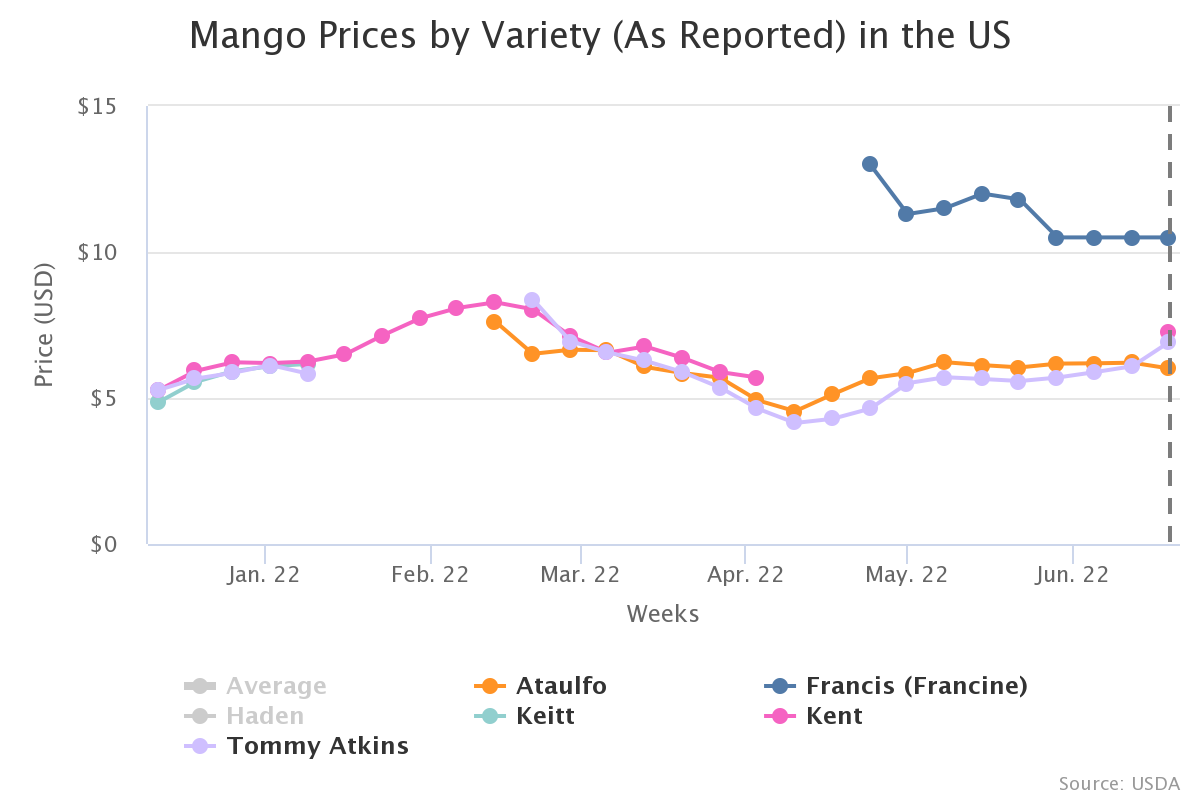 Also layering into those strong markets are high freight prices. “We’ve seen some of the highest freight costs in as long as I can remember–they are 1.5-2x the costs of years past. I don’t remember it ever being this high to import the product,” says Katzman.

Looking ahead, there’s hope that July will bring increased supplies of mangoes again. “We’re expecting the mango market to correct itself with increasing supplies in the first or second week of July,” says Katzman. “As growers go into their fields to start to pick, we expect to see smaller fruit on the market, as that will be what’s available first to harvest, and then bigger sizes to follow.”

However, while those supplies are expected to satisfy some demand, pricing may stay close to where it is. “Pricing’s been strong for a while now. It increased a little bit with this shortage in June but even as supply comes back on in July, we don’t expect pricing to come off too much because of this increase in demand and higher freight costs,” adds Katzman.