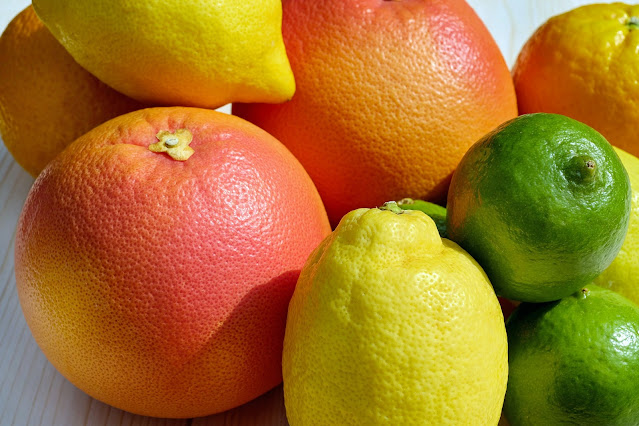 Overview of the Mexico’s citrus exports, complemented by charts from Agronometrics. Original published on September 10, 2021.

Mexico’s citrus exports through August this year increased by 28 percent year-on-year, reaching a total value of over US$912 million, according to the Ministry of Agriculture and Rural Development (Sader).The main destination for Mexican citrus fruits is the U.S. followed by the Netherlands, Japan, Germany and the UK. Exports of citrus represented over 78 percent of imports of the fruit from the U.S.
Volumes (KG) of Mexican citrus in the US Market. 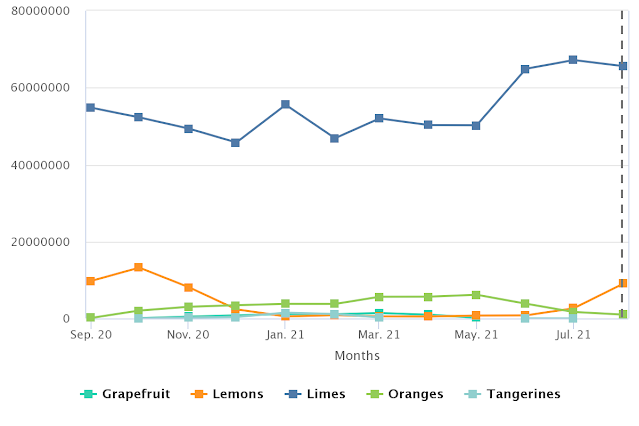 Mexico is the world’s second-largest exporter of limes, with almost 18 percent of the world sales value. It is the fourth world producer of grapefruit and the orange has the largest planted area in the country.

Veracruz has over 50 percent of the orange production; 55 percent of grapefruit; 47 percent of mandarin and 26 percent of lemon production, showing itself as the most important area for citrus production and job creation in the country.

The Mexican citrus industry is concentrated in the state, mainly in Álamo Temapache, where seven out of every 10 citrus orchards that are registered for export to the U.S. are located there.

In just three years a ranch named Rancho la Luz, has become one of the main exporters of oranges and grapefruits to the U.S. and Europe.

“The ranch has a staff of 50 permanent workers in different areas: farmers, agronomists, tractor drivers and supervisors, among others, but during the harvest which lasts for more than 60 days, one hundred jobs are created daily,” Blanca de la Vega, administrator of the ranch said.

Jacob Guzmán, manager of the ranch said: “One hundred and fifty hectares are designated to the production of double red grapefruit and late Valencia oranges, in which around 1,500 metric tons are grown annually.”