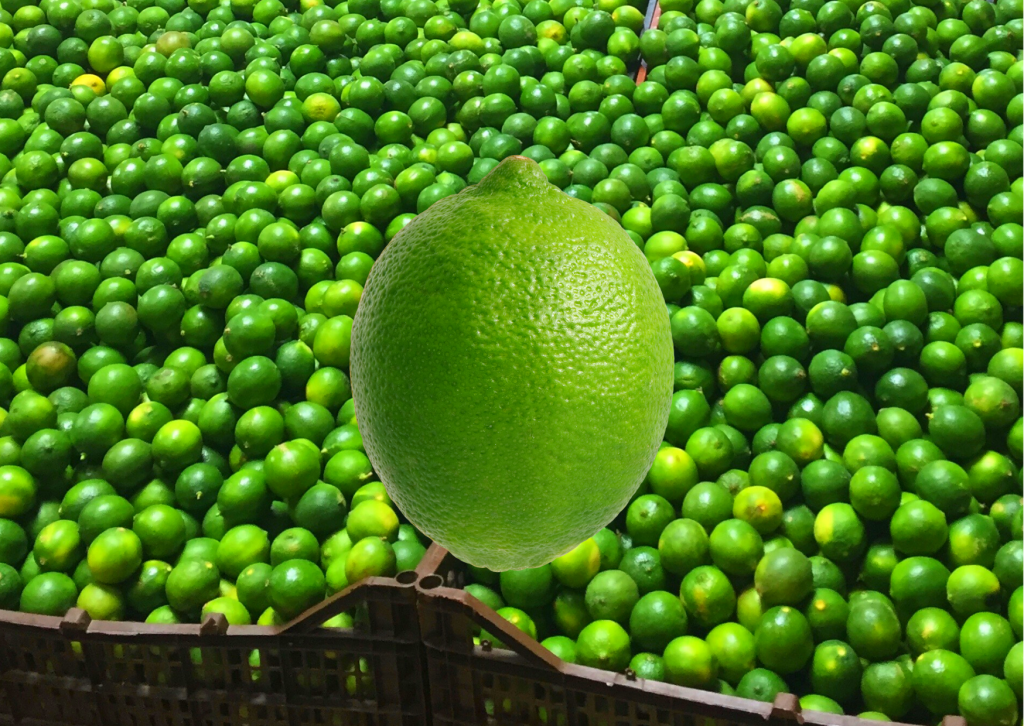 Overview of limes from Mexico in the U.S. market, complemented by charts from Agronometrics. Original published on February 12, 2022.

The green fruit has become less ubiquitous on local tables as criminal gangs fight over the trade, driving diners to distraction.

The citric kick of the limes which grow abundantly across Mexico – the world’s largest producer of the fruit – help give the country’s cuisine its distinctive flavour.

But aggressive price-fixing by criminal groups has sent prices soaring, prompting some eateries to stop offering limes with their tacos – and leaving diners in a sour twist.

“If you go to the taquería they tell you there is no lime, or there is one small lime for 10 people,” said Romain Le Cour, security and violence reduction program officer at the thinktank México Evalúa. “It’s almost a joke.”

Prices often peak in winter but this year they have reached unprecedented highs, due to falling production, continued exports and colder weather. The average cost of limes has tripled since January 2021 – from 17 pesos (almost a dollar) to 56 pesos per kilo, according to state data. 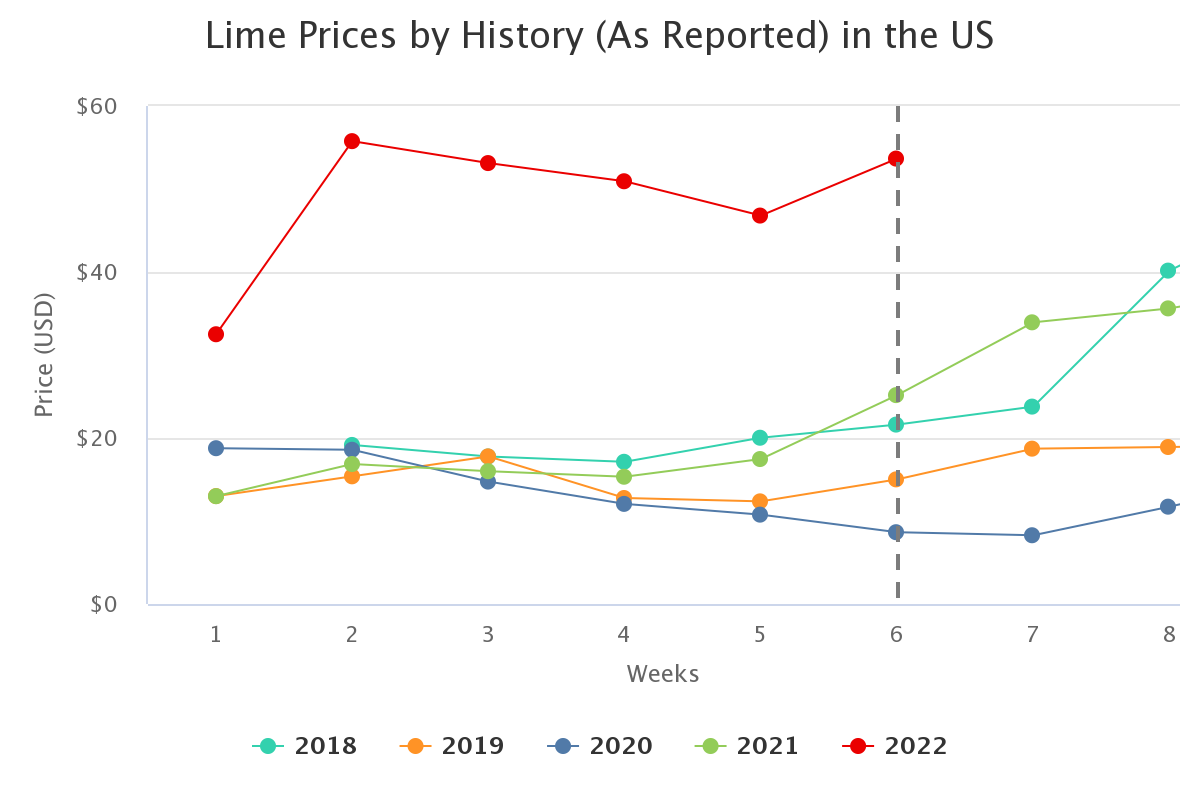 And amid an escalating cost-of-living crisis due to inflation, cartels are imposing increasing controls over producers during the bumper crop season – in part to fund an escalating war in the western state of Michoacán where the aggressive expansion of the Jalisco New Generation cartel (JNGC) has unleashed a bitter conflict with a coalition of local groups known as the United Cartels.

“The lime trade is a billion-dollar industry and, for any criminal group, it’s very easy and extremely profitable for them to go to the farmers and tell them what they need to pay for protection,” said Le Cour. “It’s classic mafia.”

The harvest in Michoacán in December was down 26% from the month before and almost half on the same period last year – 66,000 tons less, according to official data.

In places, cartels have reportedly limited picking to just a few days a week to more easily manipulate prices. “The cartels impose the price of the lime, they decide whether or not to pick them,” an industry worker told Reforma newspaper.

Some farmers have abandoned their fields to avoid dealing with the cartels amid serious harassment and fighting, while bandits have also been stealing large amounts of limes in transit. Others have reportedly been forcibly displaced. A producer in El Aguaje, Michoacán, told local media: “They took away our land, they took away our houses, they looted our lime orchards.”

More than 2,800 Mexican army and national guard troops have been deployed to the state in an attempt to dampen the cartel violence after alleged JNGC members dug ditches to cut off a key road. 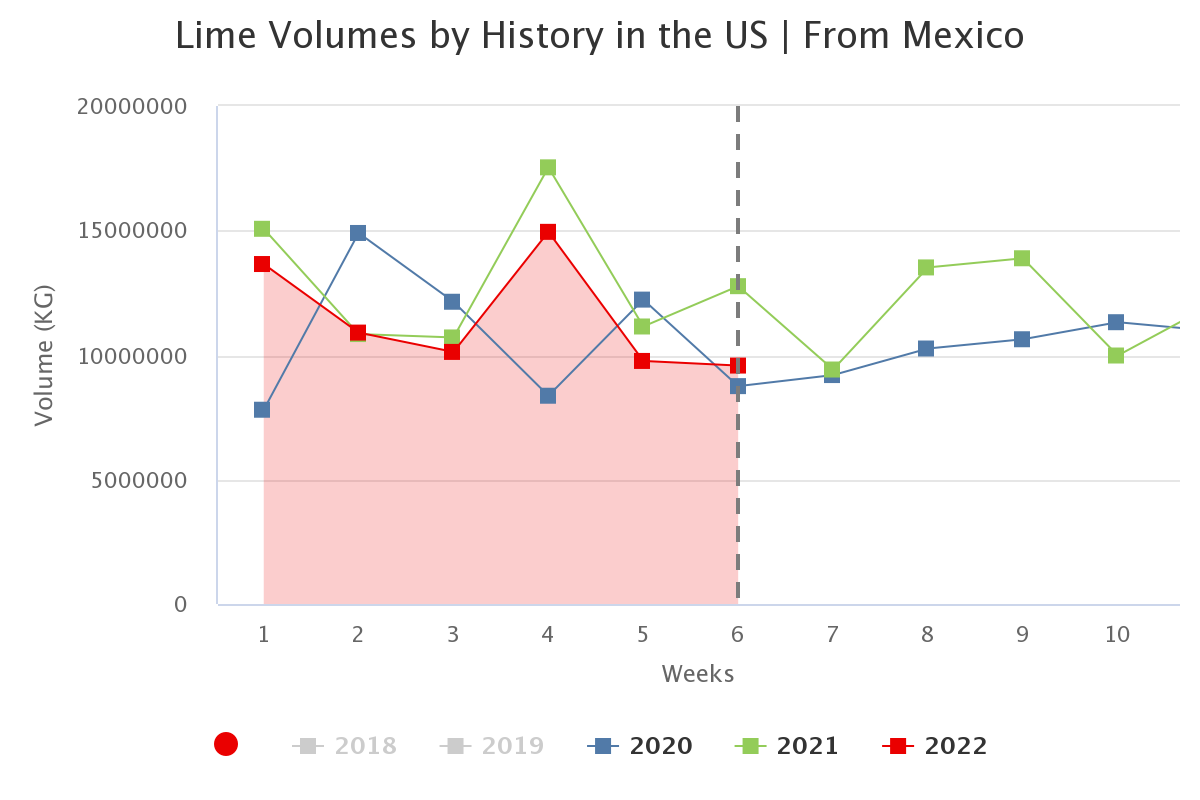 It’s not just the lime trade which has been ensnared by cartels. A large majority of Mexico’s exports of avocados also come from Michoacán – the site of some of the fiercest battles following the launch of the militarised war on drugs in 2006.

Prices of the “green gold” fruit are spiking. Already, it is rarely served at taquerías in large quantities unless guacamole is purchased separately. But there are fears that the costly lime could force widespread taco price hikes after some eateries moved to mitigate the growing expense from the citrus fruit.

“These lime price rises were a long time coming,” said Gustavo Arellano, author of Taco USA: How Mexican Food Conquered America, who adds that cartels have been influencing fruit prices for years amid the growing popularity of Mexican food abroad.

“It’s a perfect storm of problems with limes. And sadly, the American consumer only cares about their margarita and squeezing wedges of lime on their tacos. Limes and avocados have essentially become the edible version of drugs, due to the misery their growing consumption is causing.”