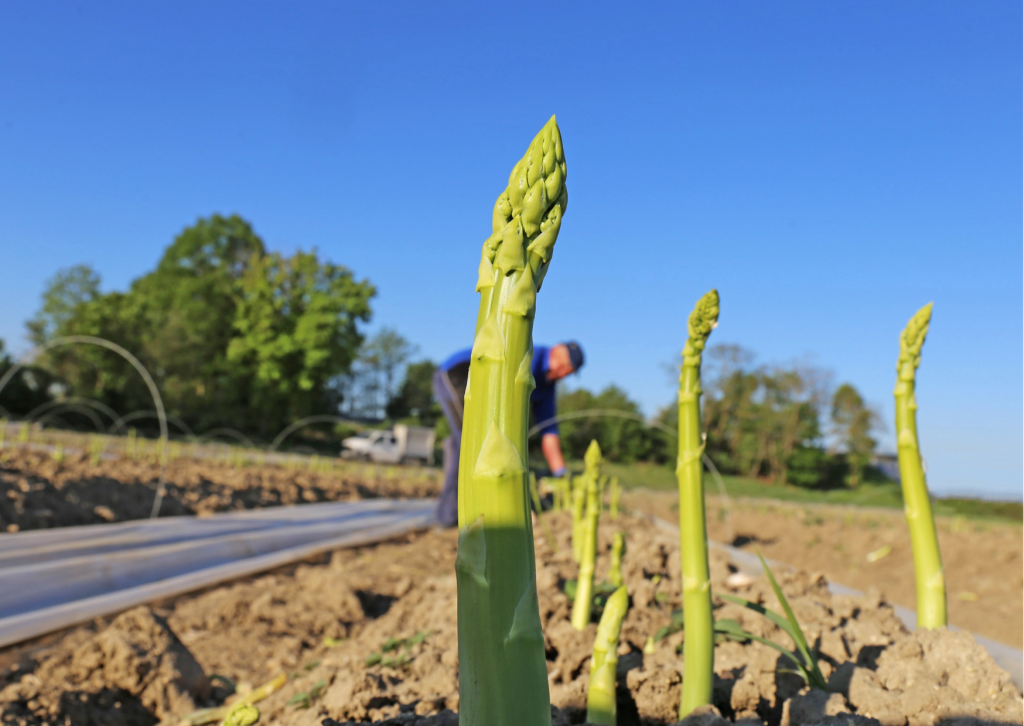 Overview of asparagus from Mexico in the U.S. market, complemented by charts from Agronometrics. Original published on February 22, 2022.

Mexican asparagus exporters in Caborca, Sonora, say harsh weather in January and February has resulted in substantially lower-than-expected yields so far this season.

The region did not see its typical peak after Valentine’s Day, but industry leaders said that Caborca exporters should supply asparagus all the way to the end of April, with volume enough to answer Easter demand.

The Caborca, Sonora, asparagus valley consists of roughly 35,000 acres of planted asparagus, according to an update from the Caborca Vegetable Producers Association. The region includes about 30 grower companies that grow asparagus, mainly for the market window from January to April.

Caborca asparagus is shipped mainly into the U.S, the group said, with exports to Europe, Asia and other countries accounting for about 15% of the production.

For the week of Feb. 6, the USDA reported that U.S. imports of Mexican asparagus were 12.7 million pounds, off 20% from 15.7 million pounds the same week a year ago. Even so, the USDA said Mexico accounted for 84% of U.S. asparagus shipments for that week, with Peru providing about 15% of total supply. 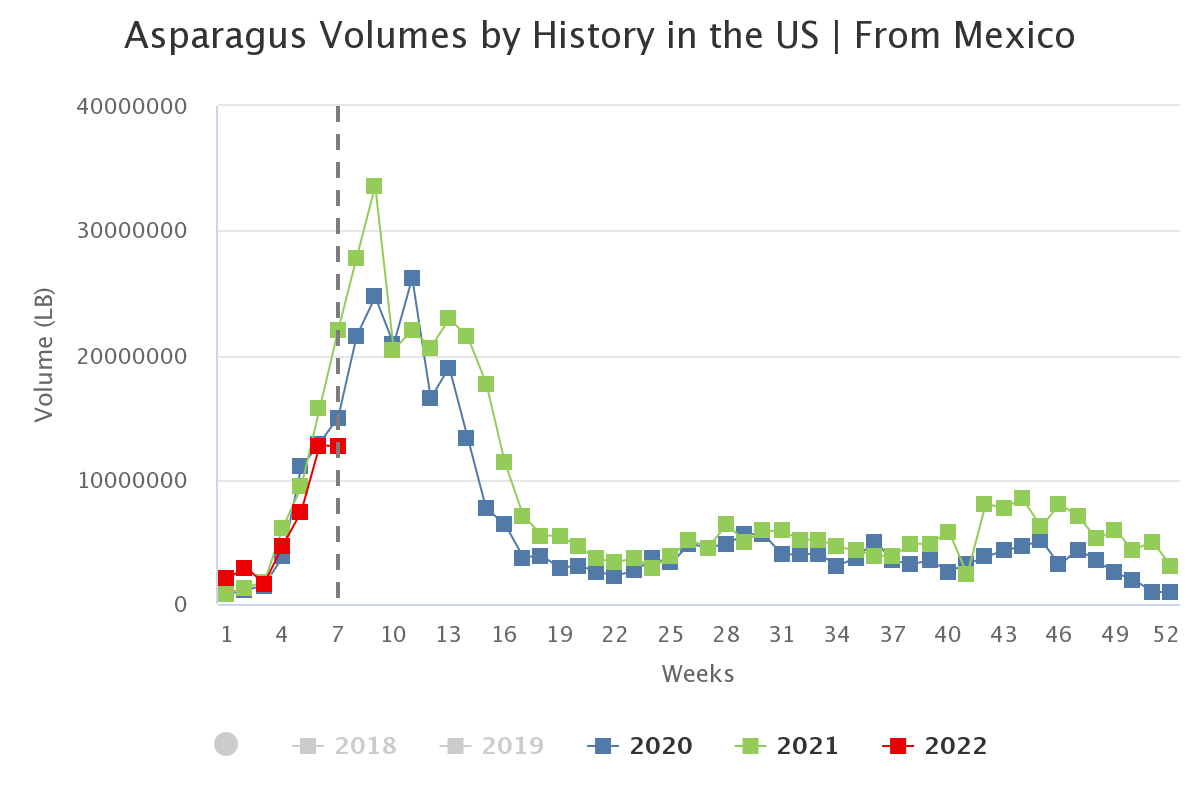 Average terminal market prices for Mexican asparagus were $38.02 per carton on Feb. 19, compared with an average of $21.11 per carton last year and $29.08 two years ago, according to the USDA. 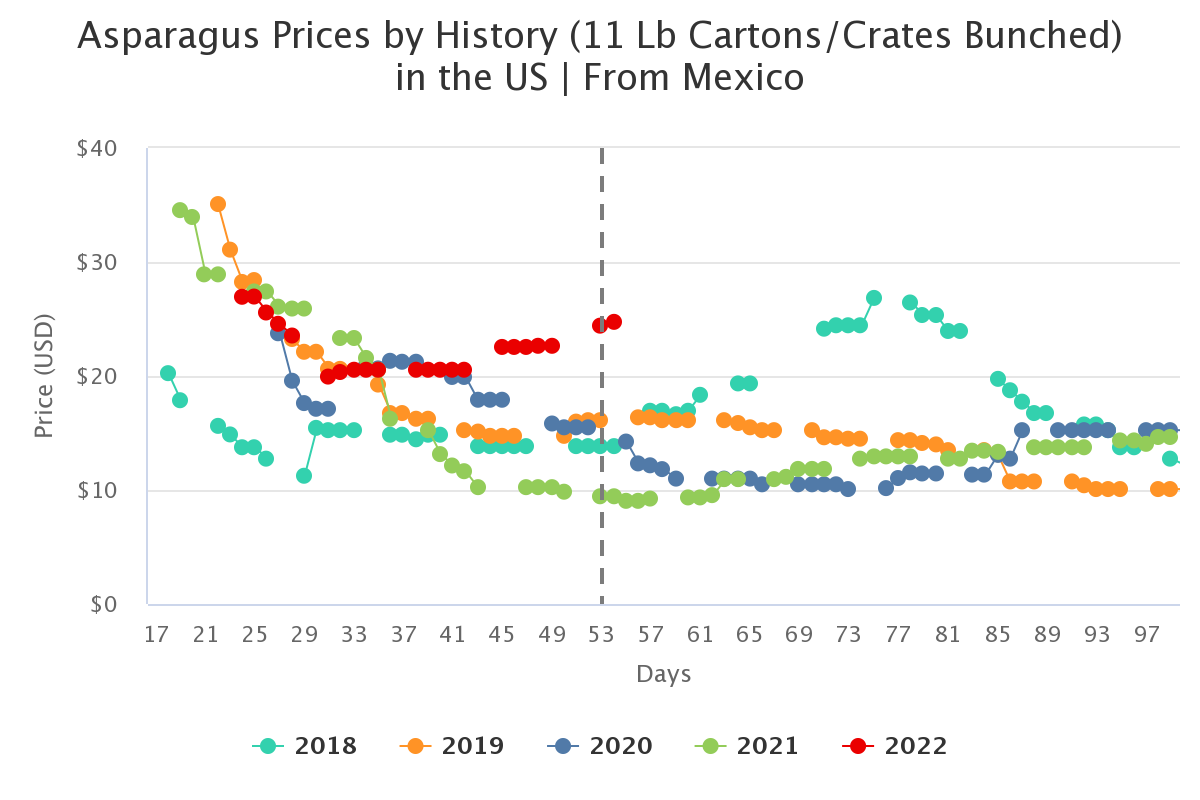 Low-temperature conditions persisted throughout January. In the month of February, strong winds and mid-February cold contributed to a 70% decrease in production in late February, according to the association.

In addition to the recent cold, the update said that some growers think the lack of needed cold weather in November and December, when asparagus is dormant, could be taking a toll on 2022 yields.

The association said March may bring an expanded harvest.

Caborca should supply asparagus all the way to the end of April, with volume including the Easter pull, according to the update.

“Peak volumes for Caborca usually are in mid-February, right behind Valentine’s Day,” the update said. “This year, this is not the case. We believe that there is not going to be a typical Caborca peak volume for any time in the season, but March is coming ahead, and weather will define if there is yet to see an upward trend.”

Located just 250 miles from shipping points in the U.S., the group said that planted acres in Caborca have grown considerably in the past five years. Higher costs for fertilizers, packaging materials and labor have stressed grower returns this year, according to the update, but the outlook remains positive long term, according to the group.