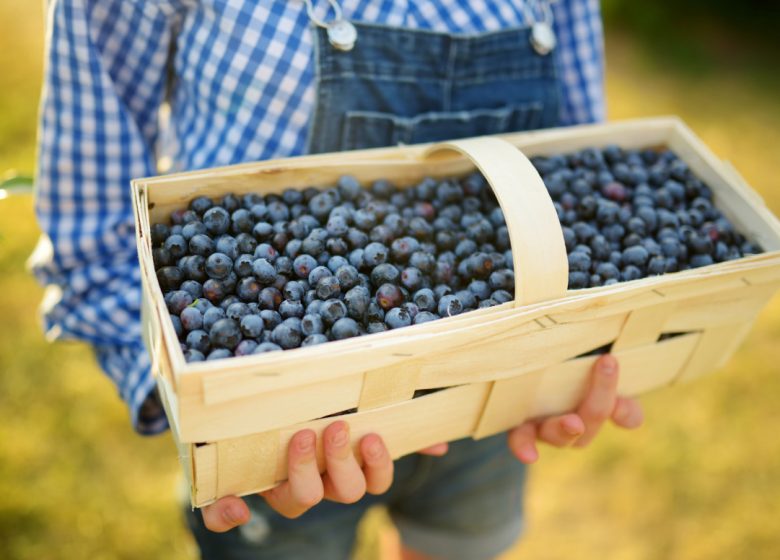 Overview of blueberries from Peru in the U.S. market, complemented by charts from Agronometrics. Original published on January 11, 2023.

Fresh blueberry exports from Peru continued to grow with 31% in 2022 compared to the previous year, but with global market challenges expected to continue in 2023. This is according to Luis Miguel Vegas, manager of the Association of Blueberries Producers of Peru (Proarándanos).

“The peak of exports was 21,333 tons in week 38, with the year 2022 ending 33% more than the peak of the previous year. With this positive variation, the volume shipped closed above 277 thousand tons. Although most weeks experienced a positive variation, there were weeks where the volume registered was below the previous one, as a result of the crisis and political instability that resulted in losses for agribusiness. It is estimated that the losses after the end of last year’s riots was $250 million for the major export crops of blueberries, table grapes, avocados and mangos,” says Miguel Vegas. 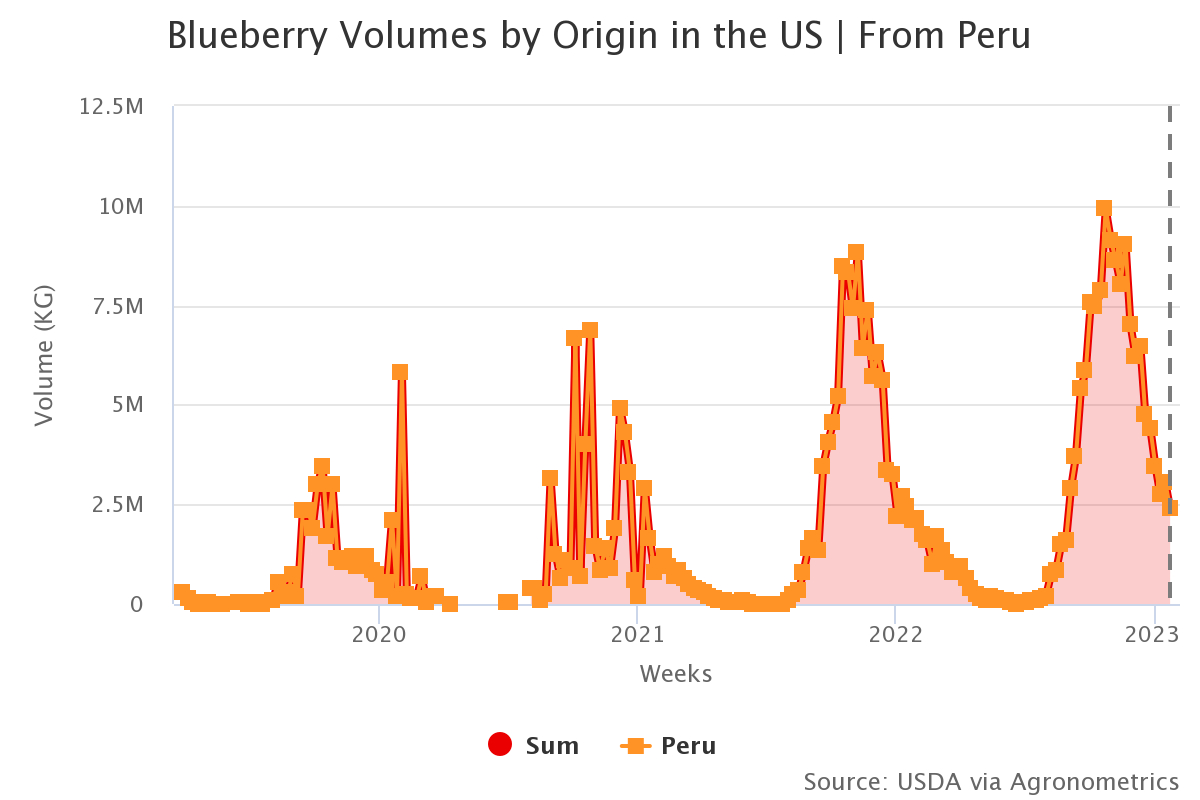 “The ongoing Russian war in Ukraine and the ripple effects in markets together with high prices etc. will make it challenging during 2023 just as it has been last year. Although we will grow in volume, it will be a challenging year due to the international context. We have been facing various challenges such as the rise in freight costs, as well as the increase in agro-input costs, negatively impacting companies,” he stated.

As Peru’s export volumes are expected to continue growing, the focus for Proarándanos remains on opening new markets. Israel, which only opened in the middle of last year, received 46 tons from Peru with all shipments by air. “We expect to at least double our exports to Israel in 2023. We are working on opening new markets with a focus on Asia. We have markets in the process of being opened that include Japan, Indonesia, South Korea and Vietnam with a new one opening for Peru’s blueberries this year.”

The peak of the Peruvian blueberry season, lasting between September and October, is behind them. “We have already shipped about 90% of the volume for this season. We are well into the tail end of our season and expect it to end during the last week in March,” stated Miguel Vegas.