Overview of organic apples in the U.S. market, complemented by charts from Agronometrics. Original published on March 09, 2022.

Supplies of domestic conventional apples are stronger than anticipated for this time of year. 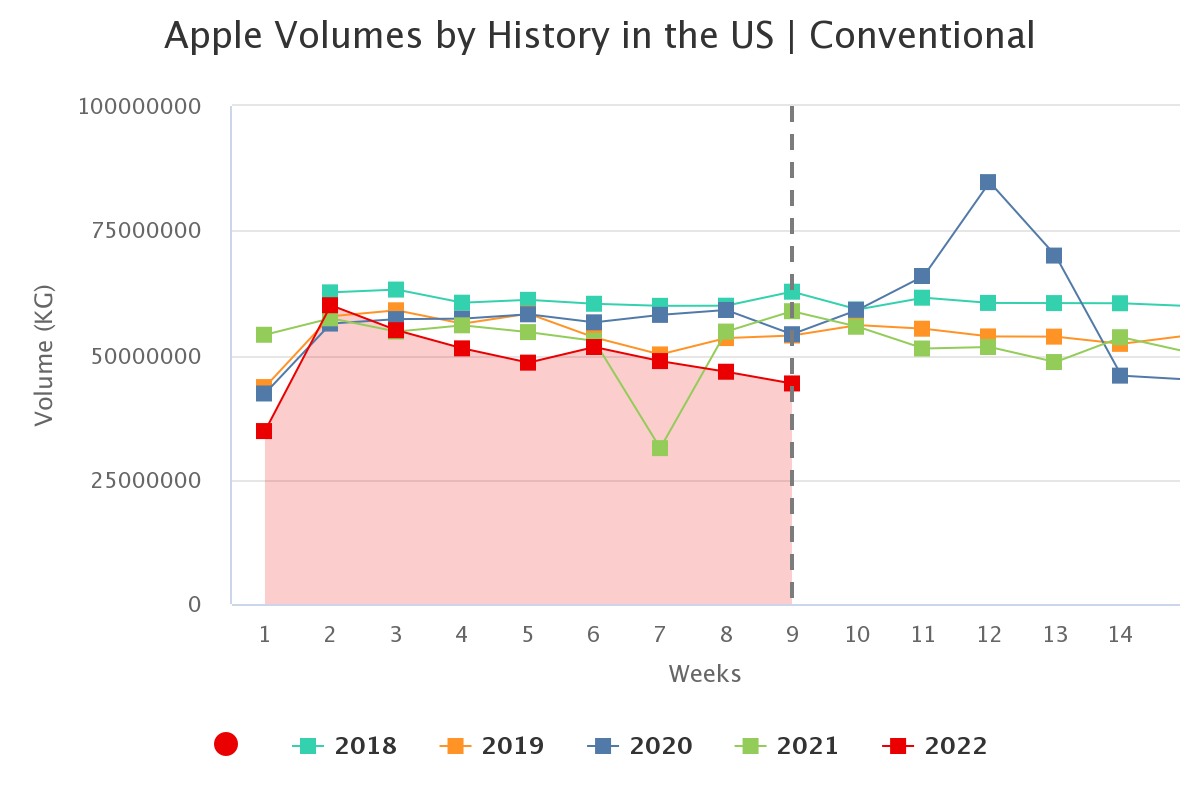 “We assumed the worst coming off of last year’s heat and prepared for pack outs to suffer. Thus far, we have not seen them suffer to the degree that they could have,” says Dan Davis with Starr Ranch Growers based in Wenatchee, WA. “So supplies remain better than anticipated. We’ve got more to work with than we would have thought a couple of months ago.”

While supplies of Starr Ranch’s proprietary variety JUICI will wrap up within the next month, Davis says core varieties including Gala, Granny Smith, Fuji, Honeycrisp and Pink Lady, are still readily available. “Two months ago we were on the fence about if we would need an import component conventionally. At this point, with pack outs having held and supply looking like we will be able to maintain it through the summer months, we’re not planning on augmenting conventional supplies with imports. We’ll have enough to keep domestic product year round,” he says. 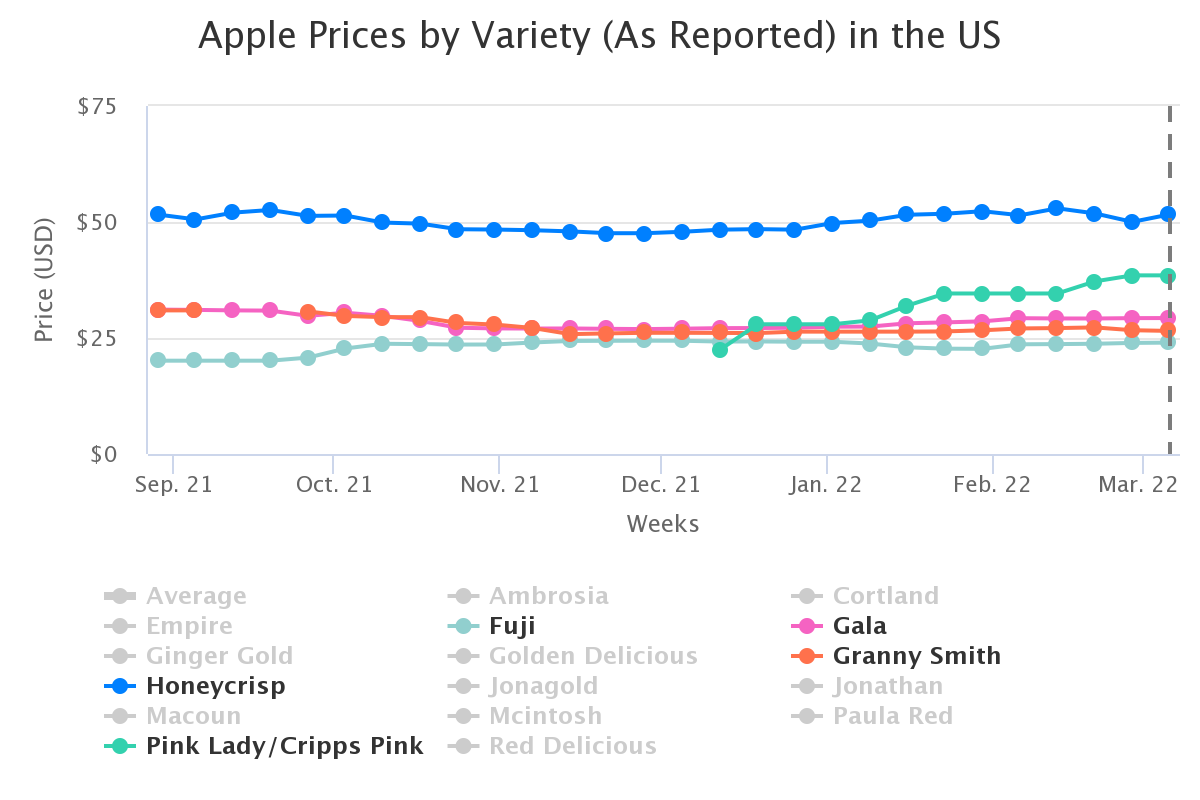 Fruit on the water

However high demand on organic apples means supplies will transition on organic Gala, organic Fuji, organic Granny Smith, organic Pink Lady and organic Honeycrisp, as quickly as imports can get to the U.S. “We have our first organic Galas on the water and we’ll transition around the first of May. We’ll have some supply going through May but by June, we’ll be completely on import supplies,” Davis says, adding that imported apples are coming from Chile and Argentina.

Davis believes there are a few factors pushing high demand on organic apples. “Everyone’s looking to eat healthier and we continue to see year over year growth of organics expand and expand,” he says. “We’re still in a growth phase where retailers are looking to get a bigger organic market saturation and with the slow growth in supply, the demand has built in behind it and now it’s more closely matched.” As for conventional demand, it’s steady and Davis says Starr Ranch is looking for ways to increase demand on certain varieties such as Pink Lady, a later-harvesting apple of which a full crop was picked this year. “We’re looking to accelerate some things on Pinks and Grannys and Cosmic Crisp’s growing supply deeper into the season,” he says.

The role of sampling

He does note with the club apple Cosmic Crisp, the pandemic has impacted Starr Ranch’s ability to encourage trial, particularly given in-store demonstrations and sampling are limited (or non-existent) within retail chains. “Sampling is all over the board. Some retailers are opening the doors back up, others have opened it up and shutting it down again. It’s a chain by chain decision and more often, a region by region one,” Davis says. “There are signs it’s starting to come back but I don’t think it will have as large an impact as we want this year. But I have high hopes for the 2022-2023 calendar year.”

This does mean there’s a lot of opportunity for retail promotions on the apple and Starr Ranch continues to work on increasing trial and movement.

As for pricing, it’s trended upward to date. “We’d like to continue that but with some of the uncertainty on imports and other uncertainties as to what hits our shores, it will remain steady for a short term. But I can see it continuing to climb into the summer months,” says Davis.

Meanwhile organic pricing is accelerating slightly faster. “Retailers with with organics and organic consumers seem to be willing to bear the cost of inflation more easily on those organic products than conventional products,” adds Davis.