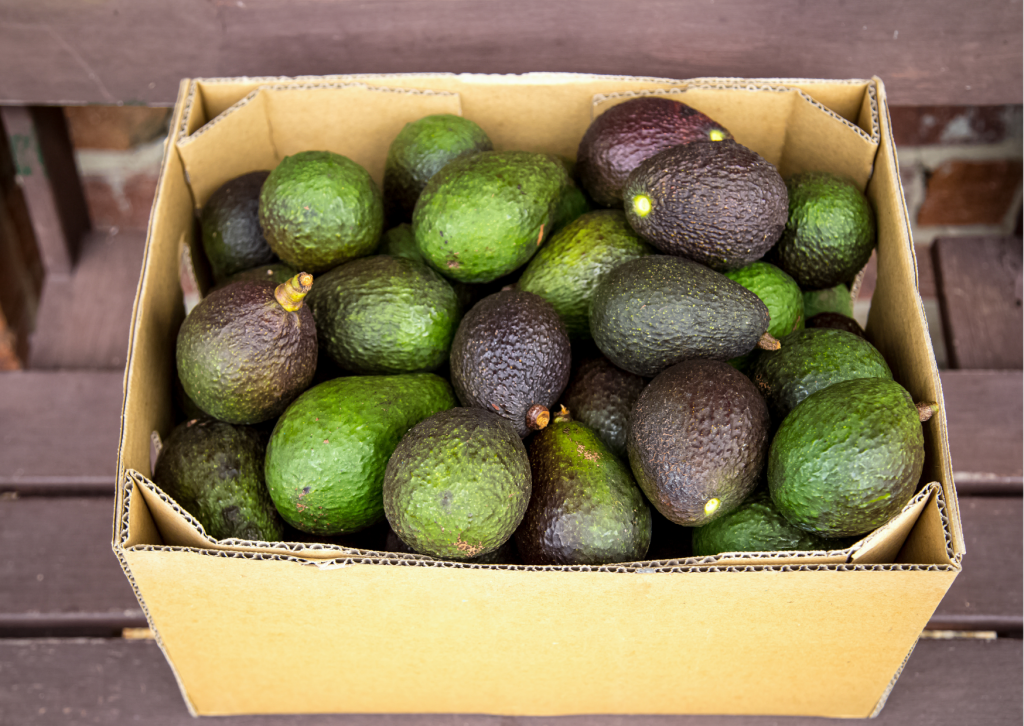 Overview of organic avocados from Peru in the U.S. market, complemented by charts from Agronometrics. Original published on June 7, 2022.

The supplies of organic avocados have been dwindling as heavy demand and high prices caused growers in both Mexico and California to pick that fruit at a faster clip as their season progressed. Though conventional fruit has also experienced very high FOB prices, the gap between conventional and organic has steadily increased. 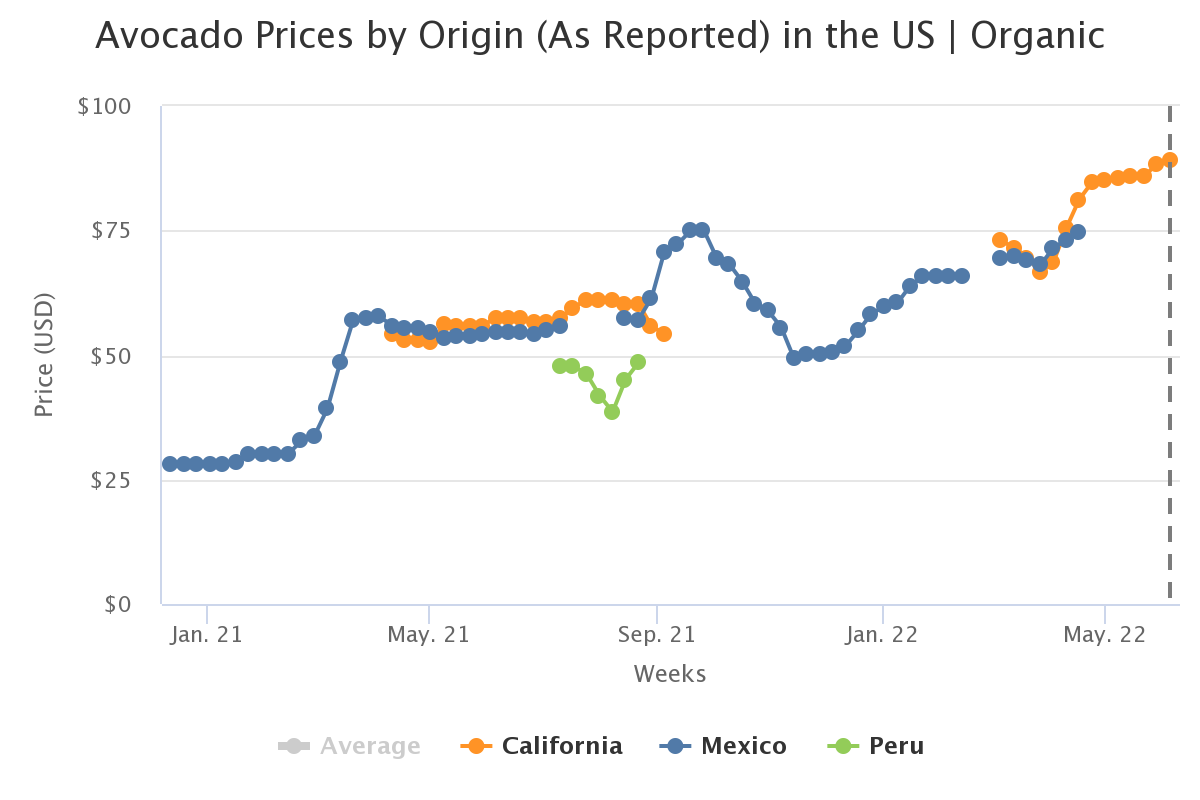 Just now, reinforcements are beginning to arrive as avocados from Peru have joined the mix. There is great expectation that Peru will play a very significant and increasingly important role in the summer marketing of organic avocados in the United States.

Xavier Equihua, president and CEO of the Peruvian Avocado Commission, confirmed that Peru will have more organic avocados to sell in the United States this year over last, mirroring the country’s 25 percent increase in overall avocado supplies headed to the U.S. market.

“You are speaking of a subject very close to my heart,” said Equihua, who was one of the staffers responsible for drafting and coordinating the legislation to establish the National Organic Program during his tenure as the foreign policy and trade adviser to the chairman of the House Agriculture Committee in Washington, DC.

He noted that Avocados from Peru has created the first avocado marketing program for a trade organization operating under a Federal promotion program dedicated specifically to the promotion of organics.

To complement the introduction of its organic marketing program in 2021, this season AFP has introduced what Equihua called an “organic educational mesh bag band” to help market organic avocados at retail. The band around the bag is being utilized to educate consumers about the benefits of avocados while teaching them how to ripen and use them via access to the only e-cookbook dedicated to cooking with avocados. He said this effort signals the importance of organics to Peru and the importance of Peru to the U.S. organic avocado movement.

Equihua estimated that Peru will send between 10 million and 12 million pounds of organic avocados to the U.S. during the summer. 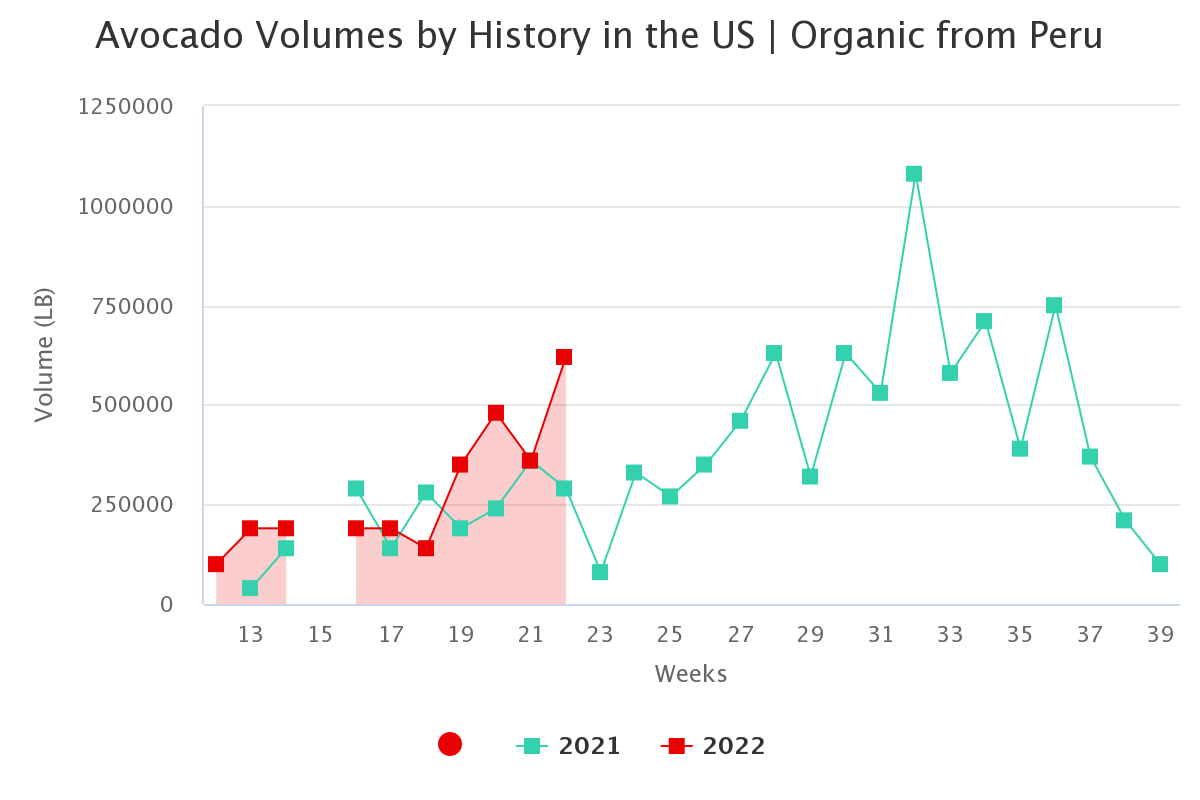 “The challenge looking ahead is how much [organic] fruit is still on the trees to be harvested in June, July and August,” said Crane.

Organic growers in both Mexico and California are harvesting their fruit to fill the demand and reap the benefits of the high market, which is why smaller fruit is dominating. Growers are not allowing the fruit to size on the tree when 60-size organic fruit is returning $70 FOB, for example. Crane said the addition of Peru’s organic fruit in the market should help significantly.

Patrick Lucy, president of Del Rey Packing Co. in Fallbrook, CA, said it appears California’s total organic crop will be down in pounds this season. “A good chunk has already been picked because of the very good prices,” he said. “We don’t think there will be much Cal organics after the end of June. In June, July and August, the big organic volume is going to have to come from Peru.”

Lucy expressed optimism that organic producers from that South American source will be able to fill the void. “They have been planting more and more [organic avocados], and they typically have a good size curve with a lot of 48s and larger fruit,” he said. “We’re going to need that because most of what will be available from Mexico and California in the summer will be small.”

Rob Wedin, executive vice president for Calavo Growers Inc. in Santa Paula, CA, called 2022 a “great opportunity” for Peru to shine in the U.S. market. He said supplies from that source are going to be extremely important all summer long for both organic and conventional fruit. He said in May that Mexico’s organic supplies had dropped significantly, and California’s organic trees were also being picked fast and furiously.

“Everyone is chasing production and paying growers as much as $3 per pound [for organics at farmgate],” said Wedin. “It’s hard for them to hold back.”

Wedin expects Peru to start filling the organic gap in supplies by mid-June and have good volumes of organics well into August.