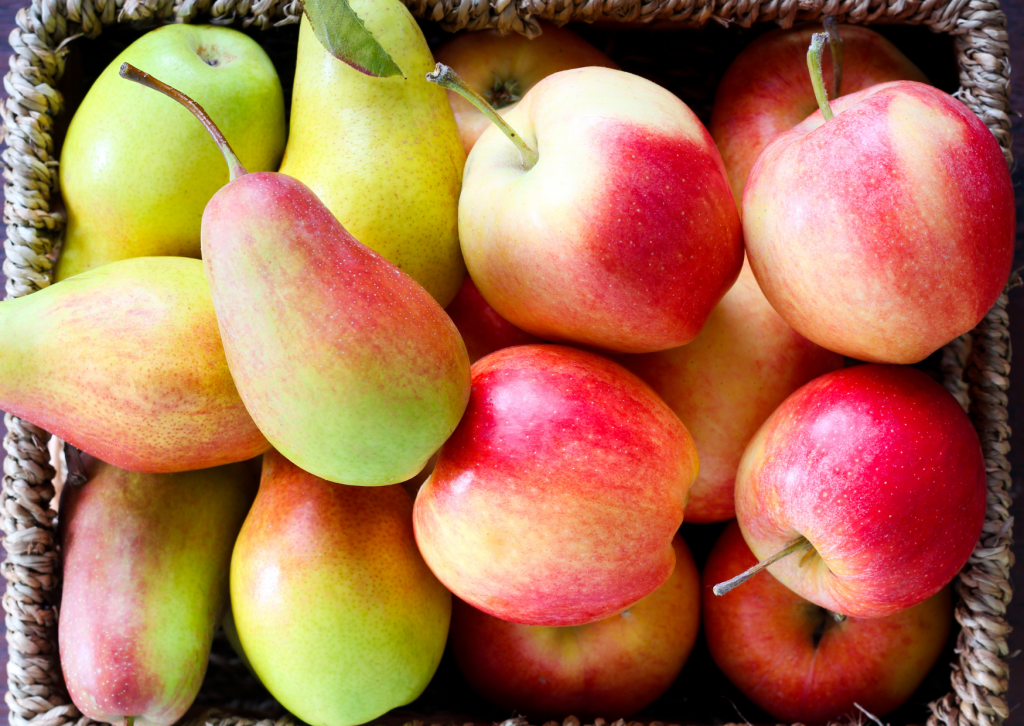 Overview of organic apples and pears in the U.S. market, complemented by charts from Agronometrics. Original published on May 17, 2022.

Both imported organic pears and organic apples have gotten a slightly later start this season.

Pears: This year, slightly less volume will be seen on organic pears from Argentina. “The pear season started a few weeks later than normal and appears it will end sooner than last season,” says Maureen Royal with Bridges Organic Produce based in Portland, Oregon. “The season started the first week of March rather than mid-February and will probably end by mid-July.”

Royal also notes there will be fewer larger sized organic Anjou pears this season and not as many Bosc pears due to quality issues from poor weather conditions pre-harvest. Golden Russet Bosc pears will also be limited this season. 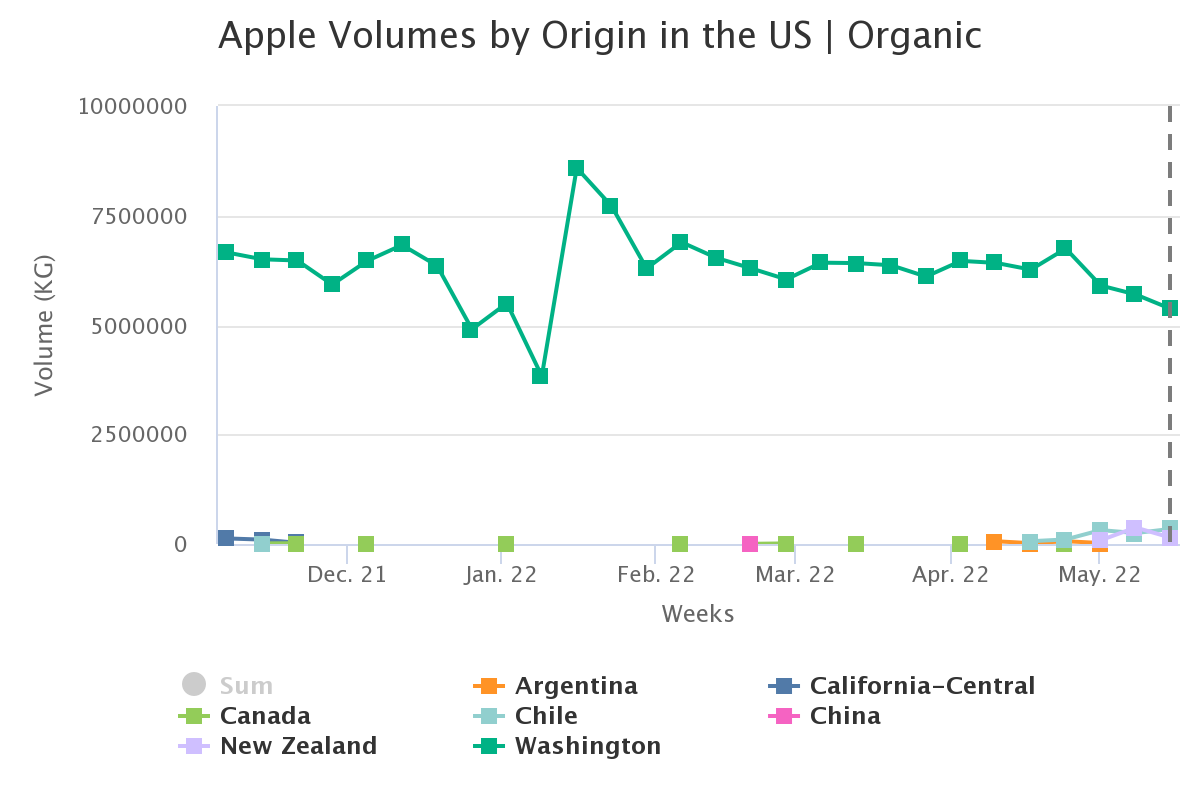 Certain varieties of import organic apples will see high demand. “Some varieties of apples are available from controlled atmosphere storage in Washington, such as Fujis and Granny Smith, those varieties could be received slightly later to allow for the difference of seasons,” says Royal.

Meanwhile, the first import organic Galas arrived from Argentina this week. Over the next few weeks, Chilean and New Zealand organic Galas will also arrive along with organic NZ Honeycrisp. “These will be followed by other varieties such as Granny Smith, Fujis, Braeburns, NZ Queen, NZ Rose and Red Delicious,” says Royal, who notes that NZ Queen and NZ Rose are always popular variety due to their color and flavor. Red Delicious apples will be limited this season.

She adds that Galas from all three countries, along with Granny Smith and Fuji, will be available in volume and are expected to be very flavorful. Bridges Organic can do custom packs on 12/2#, 18/2#, 12/3# and 8/5# in both pears and apples as needed.

Fewer smaller sizes
In general, Bridges Produce is bringing in more volume of larger size apples and pears compared to last year though it will have less volume on smaller sizes and bagged fruit.