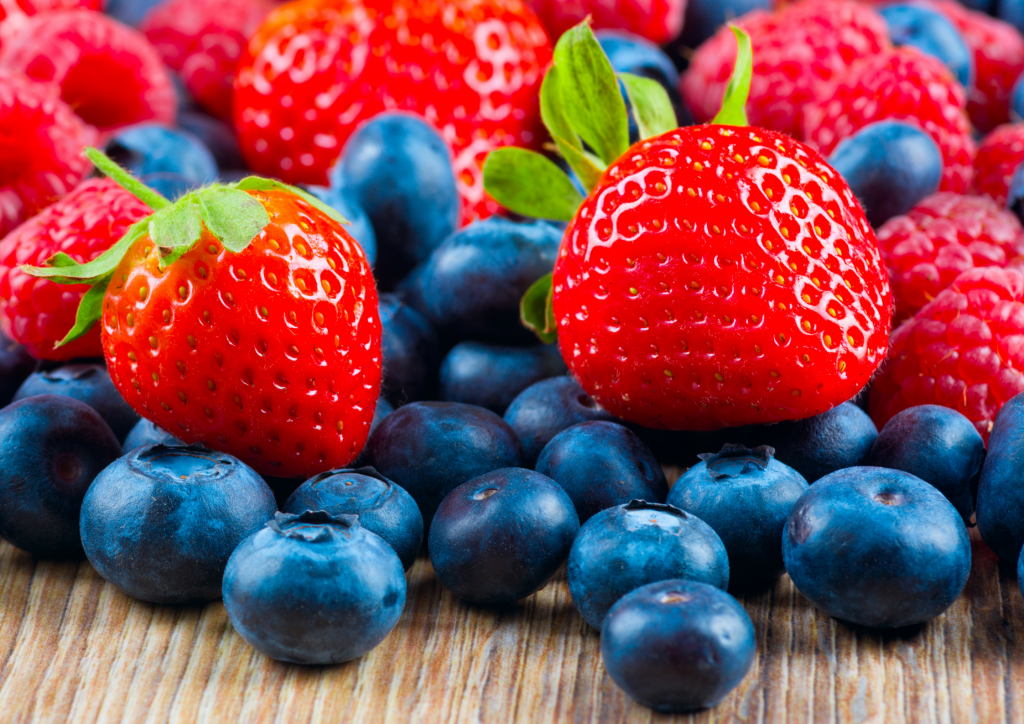 Overview of berries from Peru in the U.S. market, complemented by charts from Agronometrics. Original published on January 06, 2022.

The Peruvian berry season is winding down. “There’s still picking going on in Peru, but that will be done by next week,” expects Fred Douven of abbGrowers in the Netherlands. He reflects on a good Peruvian season. “This year’s quality was good. More plantings put the market under greater pressure early in the season. But, prices later in the season made up well for that.”

Reported prices (in USD) of berries in the US Market 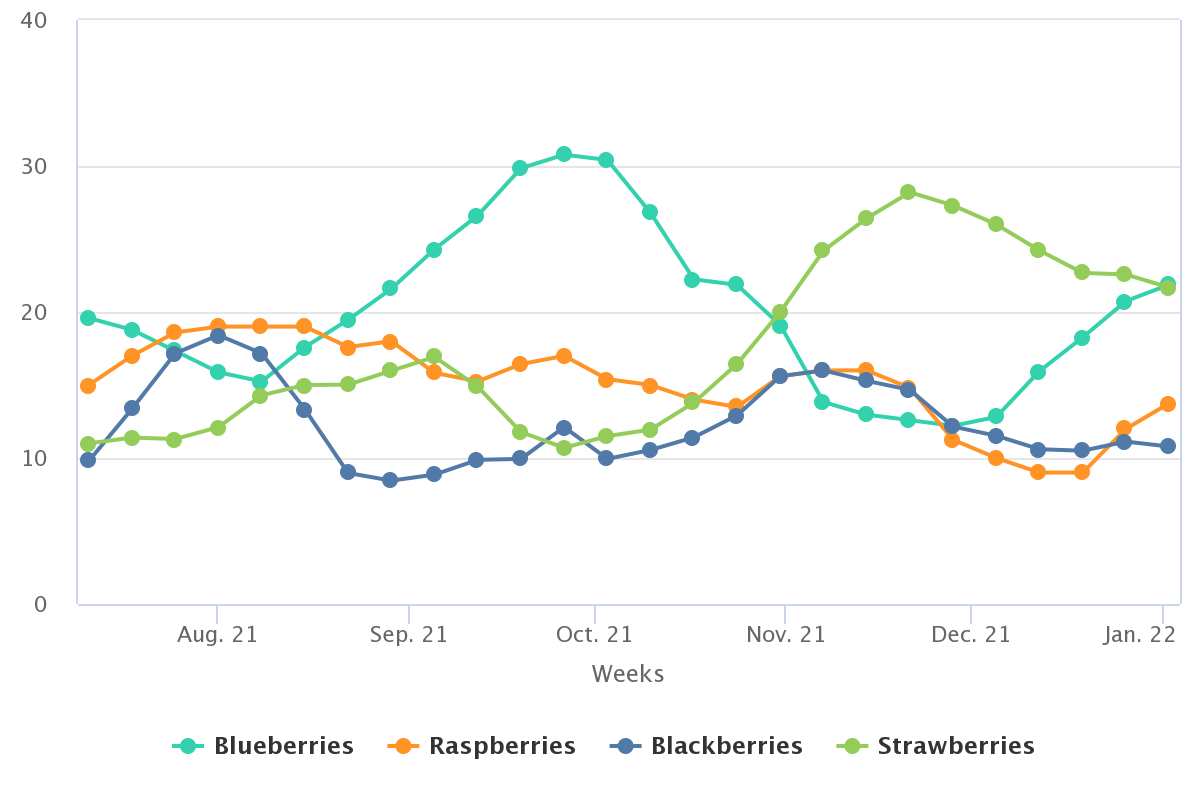 “The last South African berries are arriving. That season was more problematic, quality-wise. Just about all the shipments arrived late. And four-to-five week journey times were nothing unusual. That led to vast differences in quality. Often the berries were either terrible or excellent.”

“The Chilean season has now begun, belatedly. The first containers usually arrive in week 50, but delays are the order of the day. I expect the supply from Chile to peak between weeks 3 and 7. It will then decline rapidly. There’s much talk about less supply due to picker shortages and transportation problems. However, in reality, plenty is being loaded,” says Fred.

Volumes (in Kg) of blueberries from Chile in the US Market 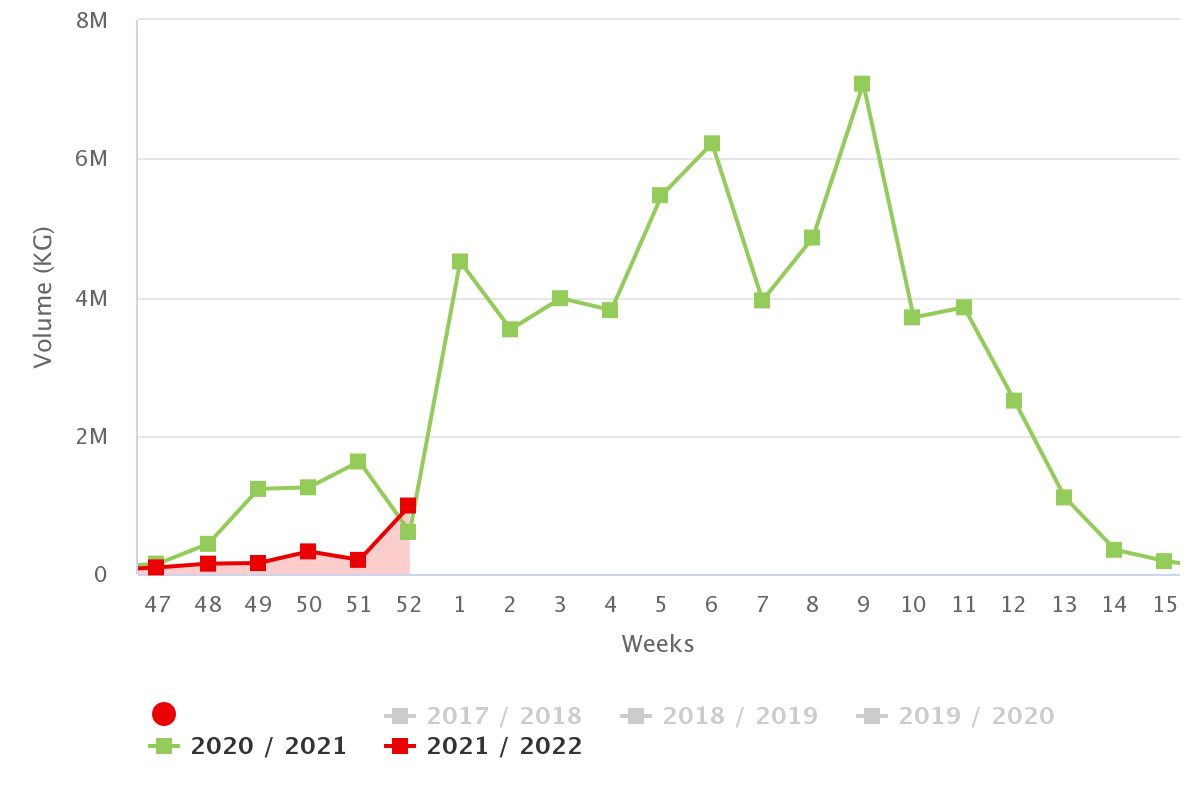 Current blueberry sales are stable. “The many delays mean the market is a little uneasy. Everyone’s wondering if they can meet their obligations. But we’re not anticipating any issues with that. The Mediterranean season is also expected to be good. Morocco, in particular, has significantly increased production. In Spain, the winter conditions aren’t too bad. Production is on schedule.”

“The Sekoya varieties are booming. Like club varieties in other fruits, this variety program is increasing. Also, it’s nice that our blueberry sales continue to grow all over Europe. Brexit did affect sales to the United Kingdom,” Douven continues. “But the other European countries are simply buying more blueberries. The packaging size used is fairly stable. The large market supply means there are more 650 to 750g packs. The kilo packs are, however, still mainly reserved for the European season.”

“Plastic packaging is still commonplace, even in France. There it’s still permitted for soft fruit. There are no more containers with lids. Top sealing has become the norm, even for destinations like the Middle East. Cardboard packaging isn’t a true alternative for berries yet. It’s not only unbelievably expensive. Its degree of sustainability is debatable too. After all, shelf life must come first. If there’s a lot of waste, cardboard packaging’s CO2 footprint is far greater,” Fred concludes.