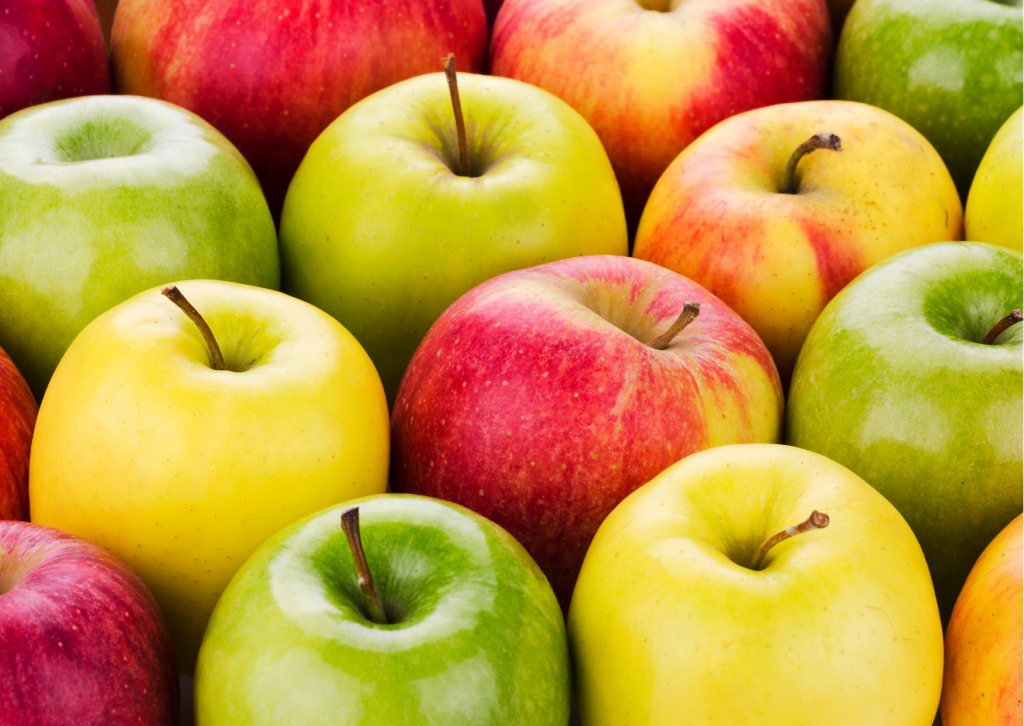 Overview of apple volumes in the U.S. market, complemented by charts from Agronometrics. Original published on February 28, 2022.

Following its annual meeting the World Apple and Pear Association (WAPA) released its Apple and Pear forecast for 2022, and expects Southern Hemisphere production for the two fruits to decrease compared to 2021. 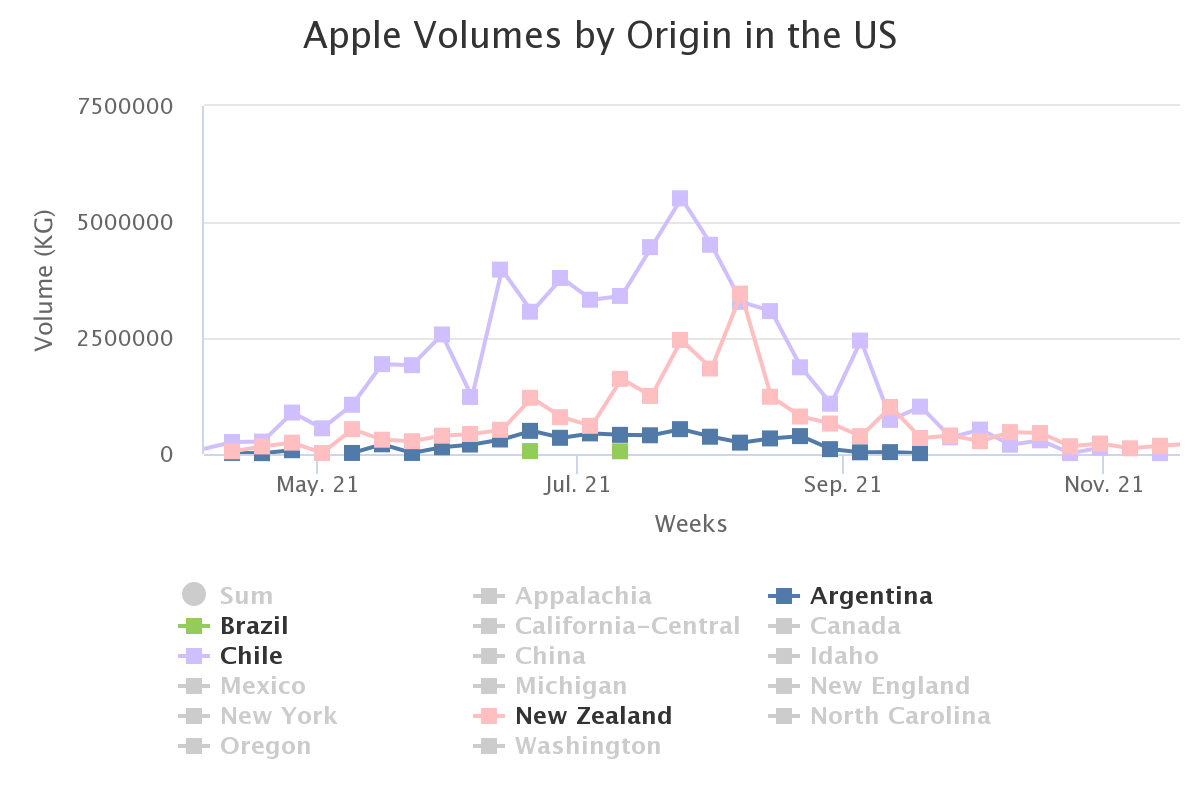 Apple production in 2022 for these nations is expected to reach 4.86 million tons, with the decrease driven mostly by a 30 percent drop in production from Brazil and an 11% decrease in Argentina. Australia and Chile are also forecasted to drop by 3 percent and 2 percent, respectively.

For apples, only New Zealand and South Africa are expected to see increases, at 15 percent and 4 percent, respectively.

Despite the expected drop in harvested volumes, exports are expected to remain stable, with a 17 percent increase from New Zealand and 6 percent up in South Africa, which together compensate for a projected 65 percent drop in Brazilian apple exports.

For pears, the Southern Hemisphere crop is expected to decrease 6 percent to 1.229 million tons. This is driven by a 13 percent decline in Argentina, 11 percent drop in Chile and 6 percent fall in Australia. New Zealand and South Africa expect to see increases in production by 31 percent and 5 percent, respectively.

Export figures are also expected to decrease by 6 percent compared to 2021, driven by a 14 percent drop from Argentine exports.

Northern Hemisphere stocks in the U.S. are 1 percent less than the level last year for apples and 32 percent higher for pears. Europe has 7 percent more apples stocks and 30 percent less pear stocks compared to the same period last year.

The report is prepared with support from the exporter associations of the Southern Hemisphere nations, including  ASOEX (Chile), CAFI (Argentina), ABPM (Brazil), Hortgro (South Africa), APAL (Australia) and New Zealand Apples and Pears. 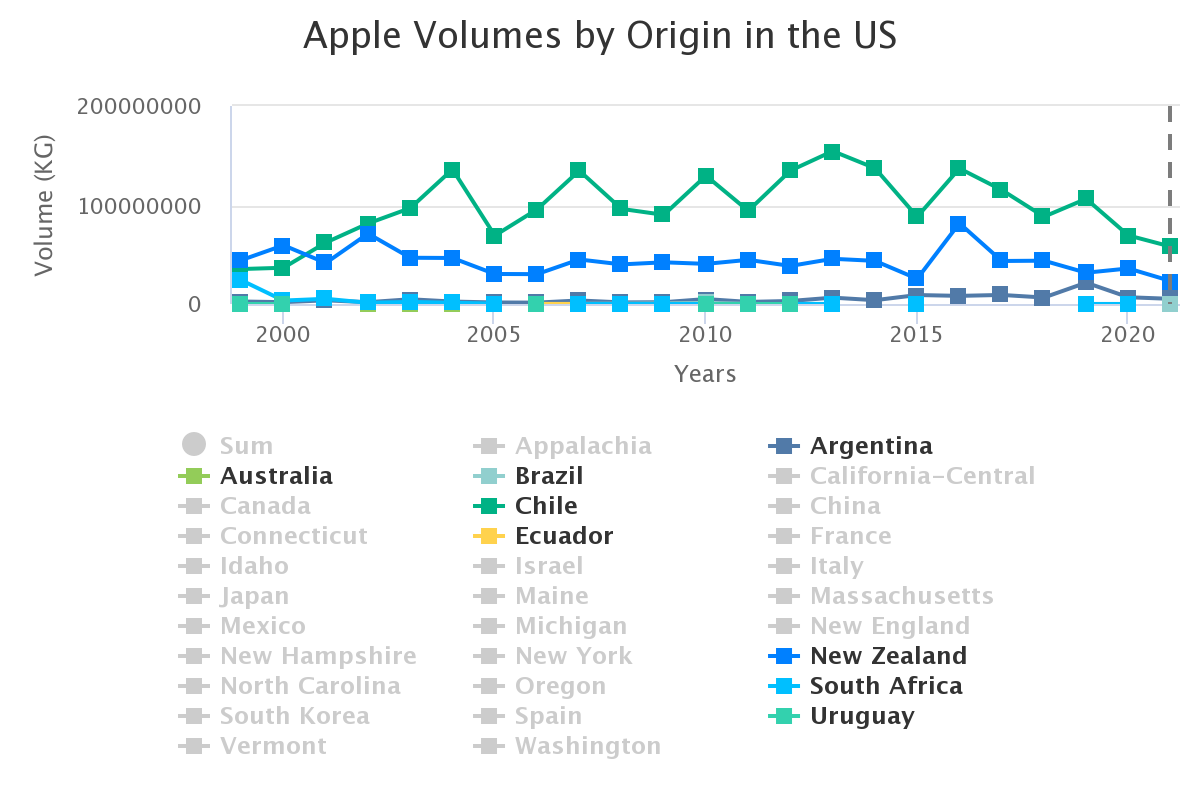