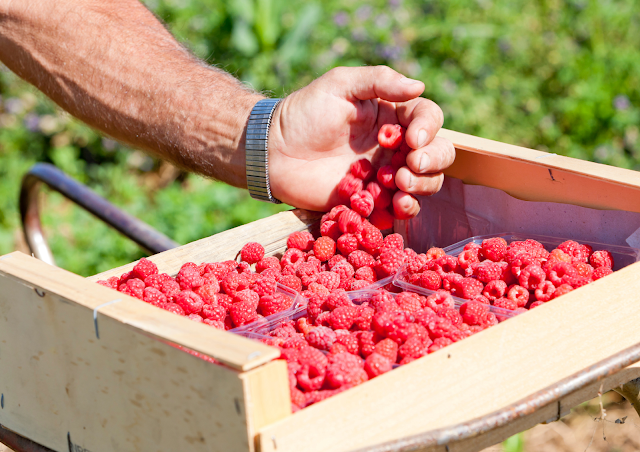 Overview of the Mexican raspberry season by Andrea Zamora of Berries Paradise, complemented by charts from Agronometrics. Original published on October 05, 2021.

Supplies of raspberries are currently strong, unlike historical levels at this time.

“The transition is happening as California starts to wind down with its production, which in these past weeks is still higher than in previous years. And in Mexico, there are a few companies who’ve substantially increased their summer program,” says Carlos Madariaga of Berries Paradise, adding that raspberry production this year in Mexico is moving to a consistent year-round supply.

Origin (Volumes in Kg) of raspberries in the US Market 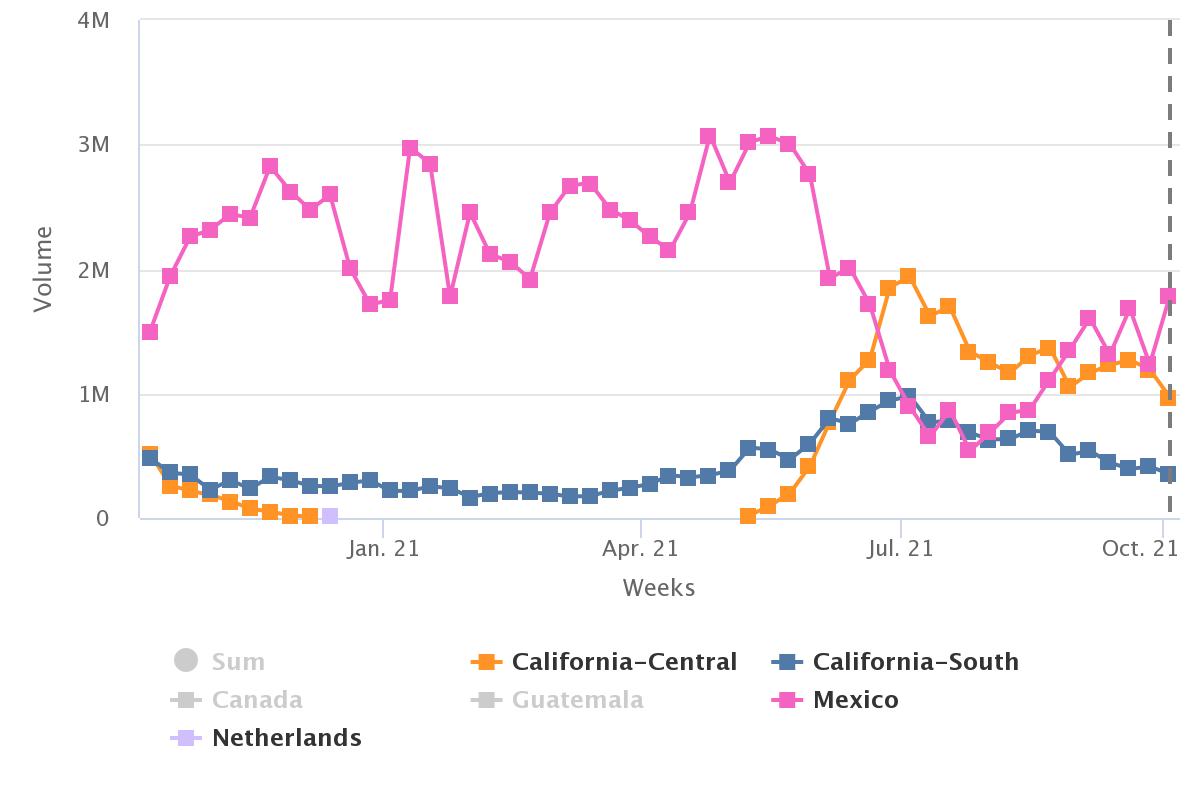 This comes following observations from the past few seasons noting that California’s raspberry crop has been decreasing, says Madariaga. “But this year, some weeks in September we saw 400 percent more production from Mexico than the same week last year.” He adds that Mexico’s raspberry production has been growing double digits over the past two years–2019-2020, compared to 2018-2019, Mexican volumes grew 35 percent. And then in 2020-2021 versus 2019-2020, it grew another 28 percent.

Volumes (in Kg) of raspberries from Mexico in the US Market 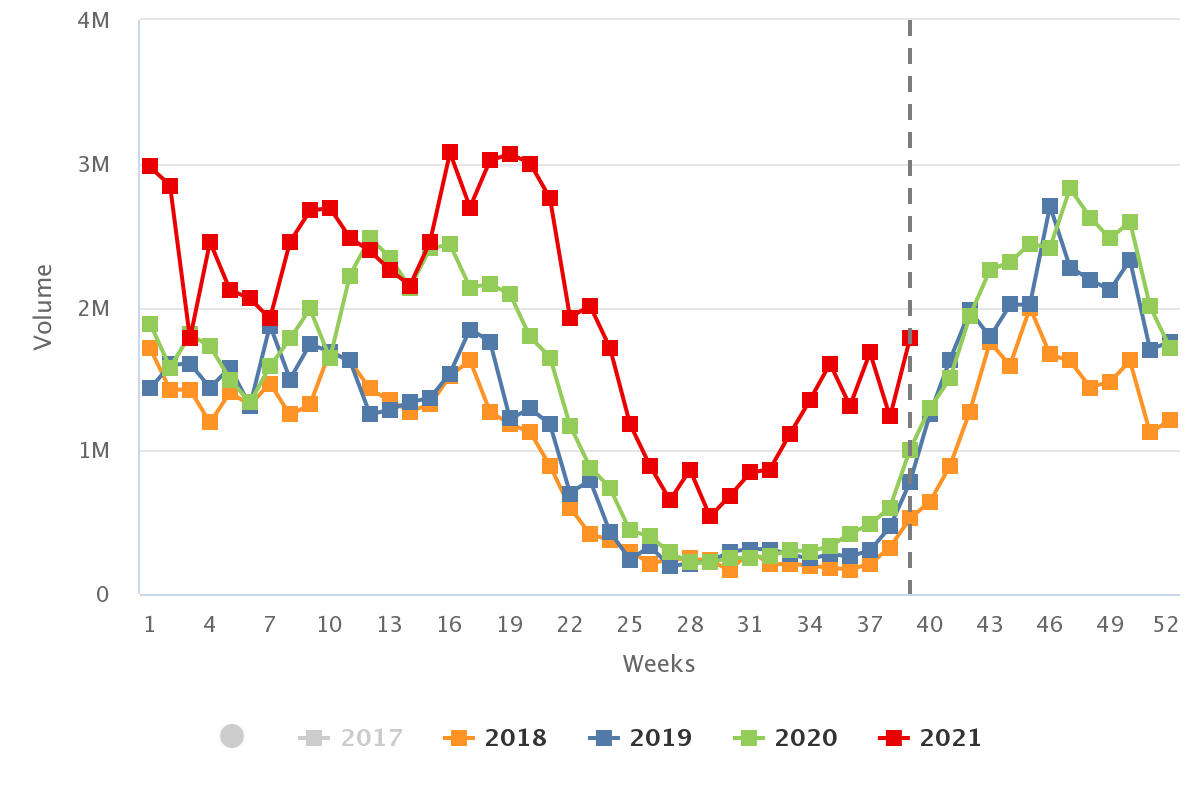 Out of Mexico, key growing regions include Jalisco, Michoacán and also Baja.

Meeting this increased production is of course higher demand, which was particularly strong over last four to five weeks. “There may be some other crops that didn’t yield as expected and they need to replace them with other items,” says Madariaga. “There was the heatwave in the Pacific Northwest and there could be a lack of blueberries and cherries. Or sometimes when there’s a lack of strawberries, they may also use raspberries to cover that shortage.”

That said, even with increased supplies, pricing is staying strong. “Pricing of raspberries for the last three or four weeks has been higher than before. We have to see if this trend will continue. But we don’t think so,” says Madariaga. “Now the market seems to be winding down on price, which is normal. Usually by the first or second week of October we start seeing lower markets.”

Price (in USD) of rasbperries from Mexico in the US Market 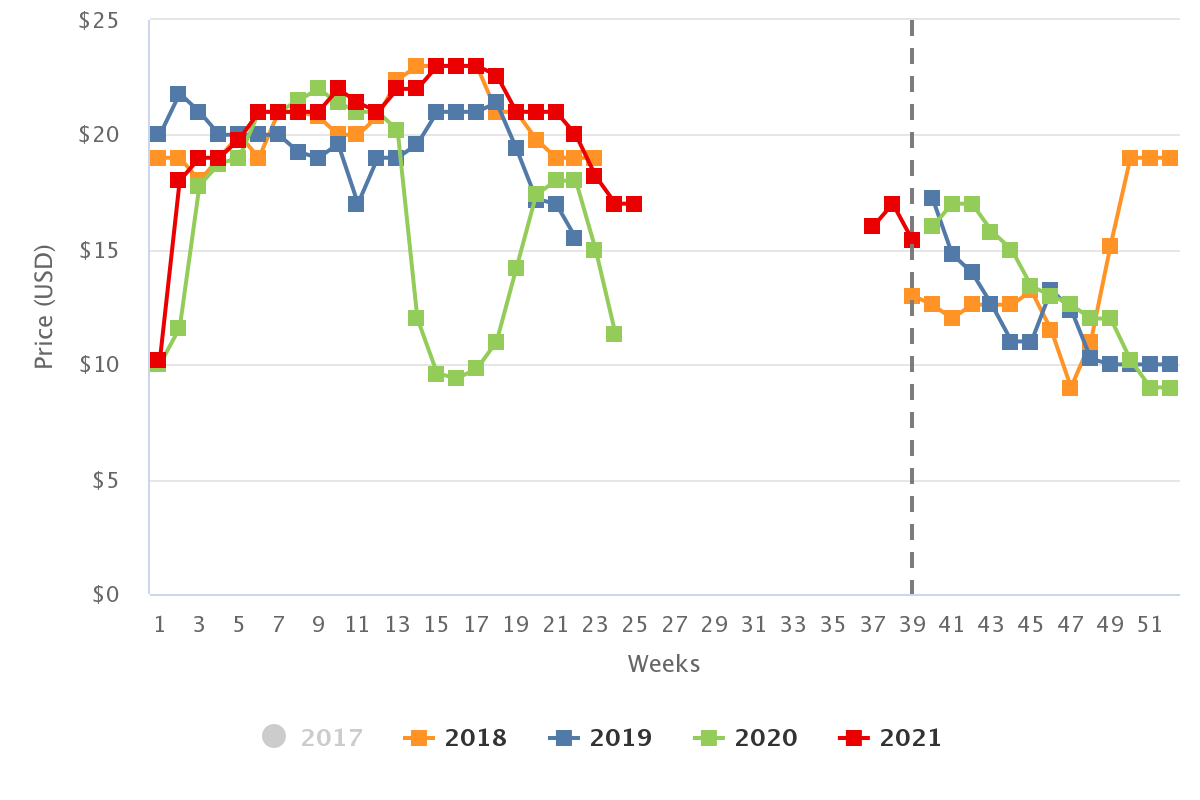 Looking ahead, as the weather improves in Mexico and the rainy season lets up, more volume is expected to start increasing and rapidly. “Usually in Mexico, the first pick on raspberries is during November. But once we get into October, we will see an uphill trend of availability from Mexico while we see the opposite from California,” says Madariaga.

The News in Charts is a collection of stories from the industry comp
lemented by charts from Agronometrics to help better tell their story.