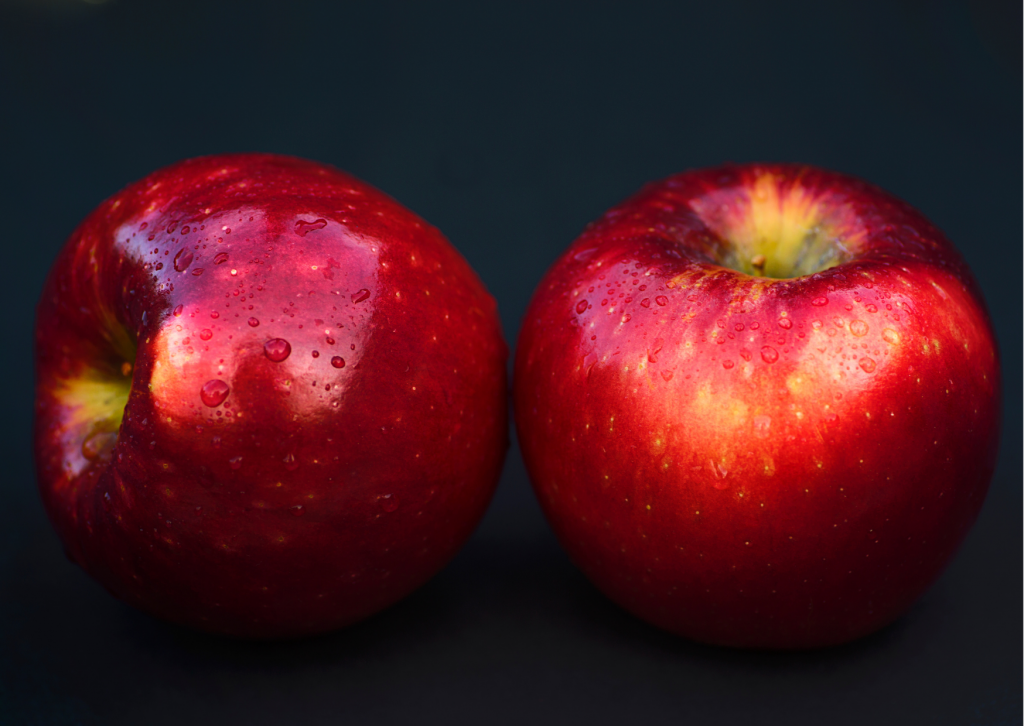 Overview of apples in the U.S. market, complemented by charts from Agronometrics. Original published on June 3, 2022.

WENATCHEE, Wash. – The Cosmic Crisp apple gained retail momentum this spring and made waves after appearing on the first season finale of NCIS: Hawai’i.

“Cosmic Crisp has really taken the spotlight this season thanks to increased volumes, great qualities that drive consumer satisfaction, and exciting promotions at retail,” said Brianna Shales, Stemilt marketing director. “We were excited to see it rank in the top 10 apple varieties at retail in April and take the #1 club apple position nationally by making up 20 percent of club apple volumes.” 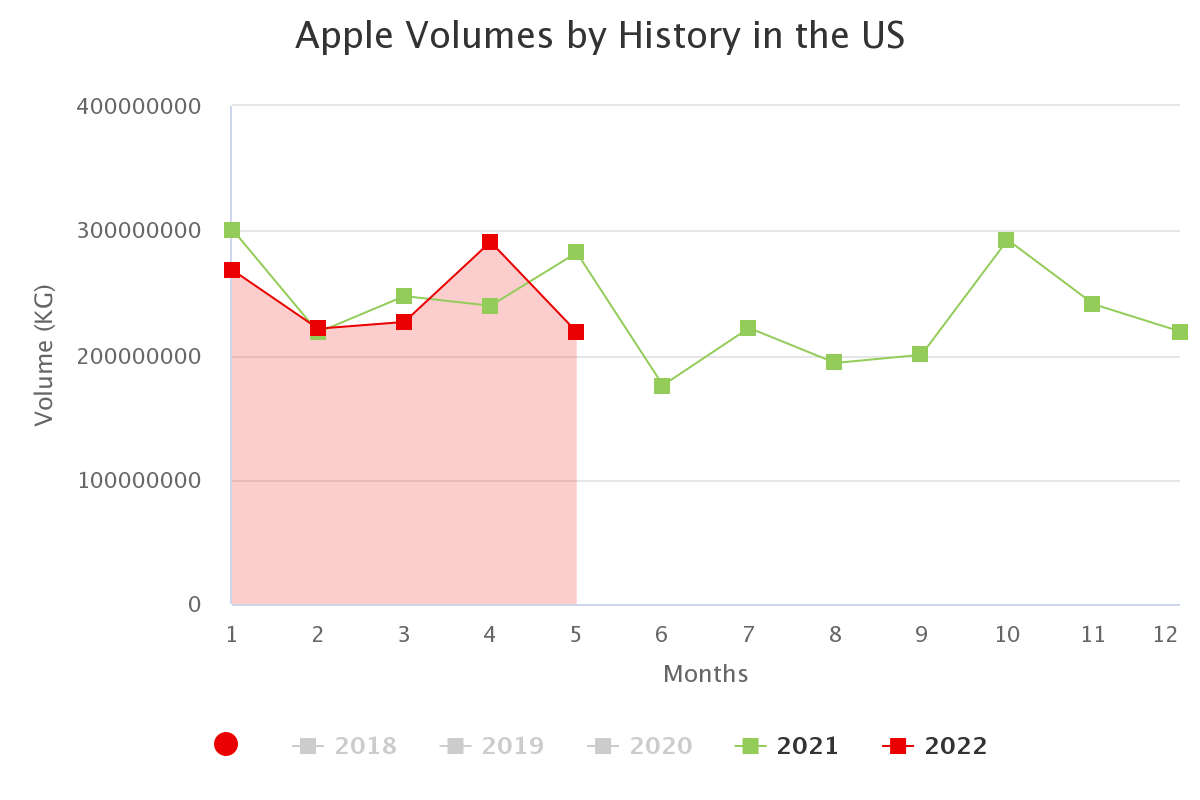 The volume of Cosmic Crisp apples sold in April 2021 increased 117 percent year-over-year while dollars increased 81 percent. It ranked second in average retail price per pound among the top 10 apples, trailing Honeycrisp and excluding the other category made up of multiple varieties.

“Cosmic Crisp apples jumped up 5 positions when compared to the total U.S. category in April 2021. They also moved up 3 positions, from #10 to #7 when you compare March 2022 to April 2022. The volume growth of Cosmic Crisp is certainly contributing to this rise, but we’ve also noted increased retail promotion and larger displays. These are all great signs to a strong future for Cosmic Crisp in the category.”

Stemilt Cosmic Crisp apples were called out in the season 1 finale episode of NCIS: Hawai’I to keep the spotlight momentum going. Stemilt was informed by keen apple fans that its brand name was mentioned alongside the apple in a scene between characters Ernie Malik, a cyber intelligence specialist, and Jessica Knight, a special agent. Knight tossed Malik an apple to help with his crankiness caused by low blood sugar. He caught the apple, briefly studied it, and then said “Ooh, Stemilt Cosmic Crisp!” Malik went on to enjoy the apple during the episode.

“It was so exciting to see Stemilt Cosmic Crisp apples called out on a hit show,” said Shales. “We were not expecting this and heard about it from apple fans that were watching the show. It confirms that Cosmic Crisp apples are in the spotlight now. They are rising in apple category performance and being noticed by consumers as the new star apple. As growers, we certainly feel that growing Cosmic Crisp apples with quality and flavor in mind and partnering with retailers to create excitement at the point-of-sale is helping build fanfare for this incredible apple.” 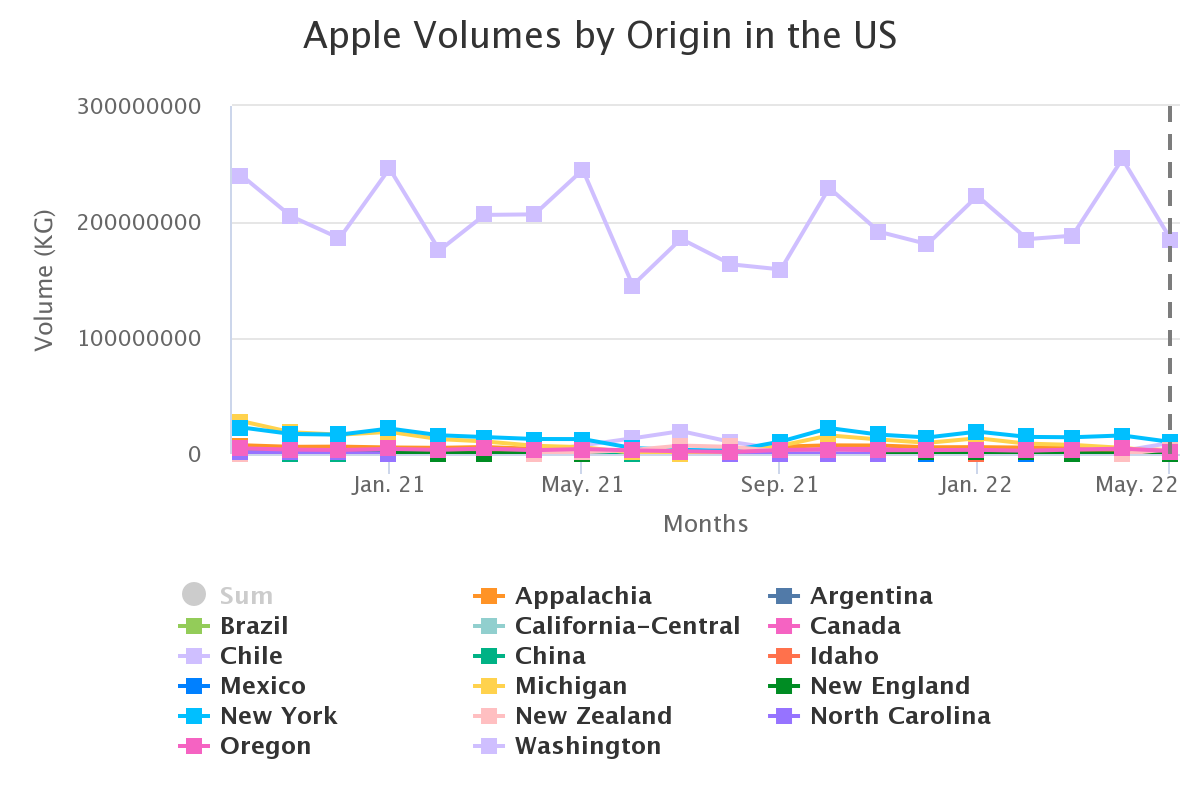 Stemilt is a family-owned grower, packer, and shipper of tree fruit. Owned and operated by the Mathison family, Stemilt’s mission is to cultivate people and delight consumers with its World Famous Fruits. Stemilt is a leader in sweet cherries and organic tree fruits, and a key supplier of apples and pears. The company stewards an environmentally sustainable and socially responsible business through its Responsible Choice® program, which has been in place since 1989. For more information about Stemilt, visit www.stemilt.com.