Overview of stone fruit in the U.S. market, complemented by charts from Agronometrics. Original published on June 20, 2022.

Stone fruit supplies are strong right now and heading into the heart of the season out of California.

“There are similar volumes to last year as an industry,” says Mauricio Jimenez-Castro, director of sales for Prima Wawona. “We are between seven to 10 days ahead of last year which is more in line with where the normal timing should be.” Prima Wawona has a longer season which begins the last week of April and it has fruit available until the last week of October. “We have a lot of late yellow peach varieties that come into production in September and October so it’s fresh fruit, not storage fruit,” says Jimenez-Castro.

Sizing also seems to be developing. The season started off with fruit approximately one size down from where the grower would normally like to see it. “But the sizing is improving as we get into the mid-season varieties. We’re now in line with where historic trends normally are,” he says, adding that sugar levels and flavor are also at optimum levels right now. 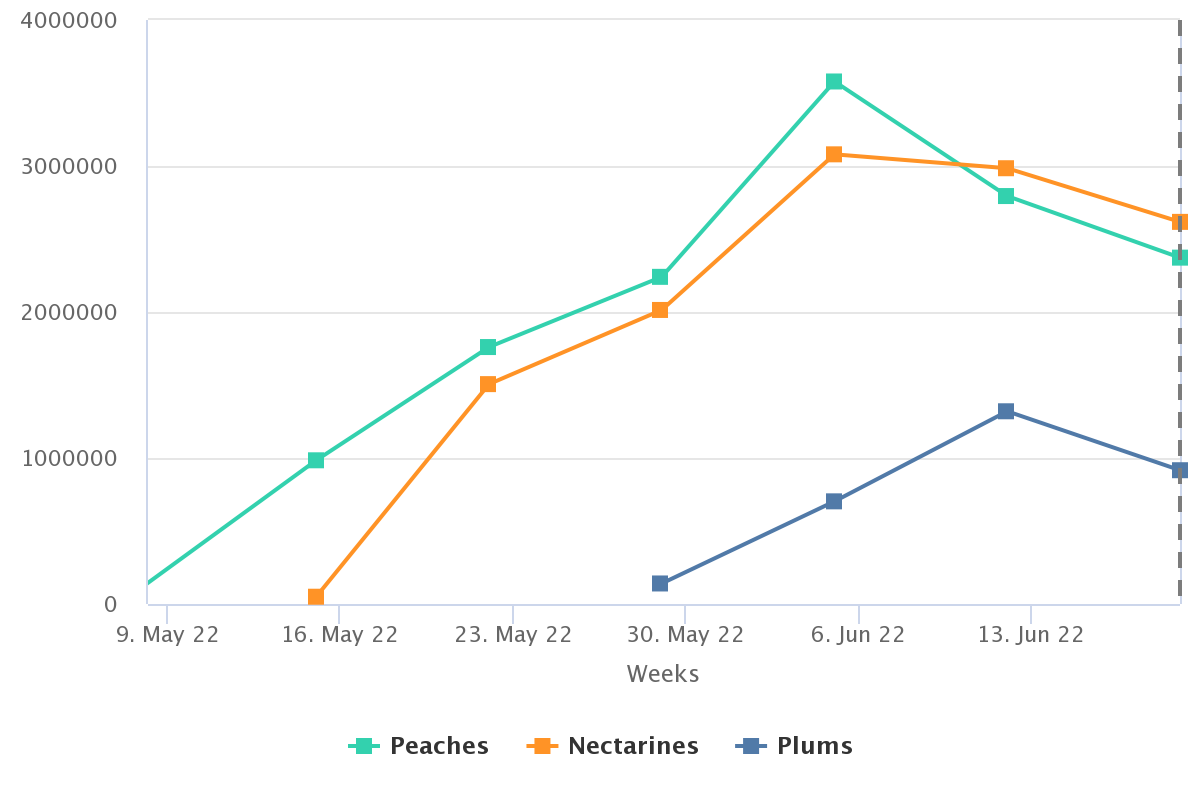 Prima Wawona is also working on redevelopment in its own acreage. Over the off-season, it replanted 2,100 acres of stone fruit which will reach full maturity in the next two to three years.

While California is the largest state that produces stone fruit, there is also regional production from Georgia, South Carolina, Virginia, New Jersey, Colorado, Washington and British Columbia, Canada. “Some regions like Georgia and South Carolina are producing some volume right now. But their production is down due to the weather impact that they had during the winter. That’s making our season a little bit more appealing,” says Jimenez-Castro.

And while pricing has been stable since the start of the season, pricing is stronger than last year, partly to absorb the additional production input price increases that the industry has seen. “Pricing is maintaining some stability through the first few months of the season. We’re hoping to continue holding that pricing stability,” says Jimenez-Castro.

Looking ahead, Jimenez-Castro expects volumes to increase dramatically on yellow peaches and yellow nectarines in the coming weeks and says retail promotions will start building for the July 4th holiday. He hopes promotions continue from there throughout the season.