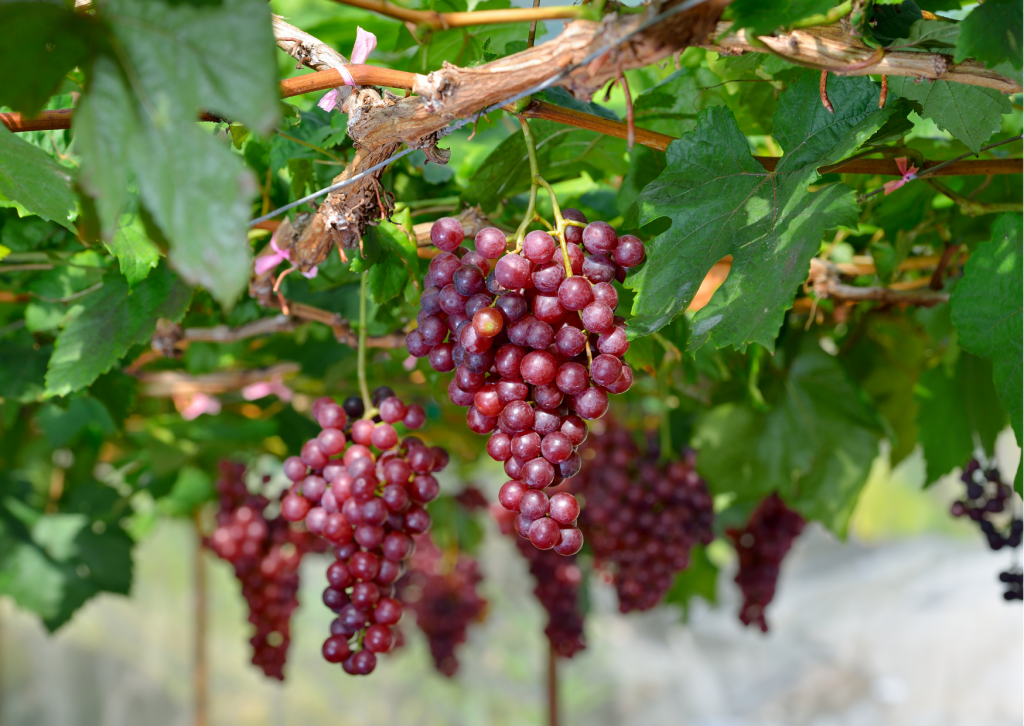 Overview of table grapes from Mexico in the U.S. market, complemented by charts from Agronometrics. Original published on June 7, 2022.

The Association of Grape Producers from Sonora (AALPUM) projects the region will harvest a record 25.5 million boxes of table grapes this season, well above last year’s 21.3 million and the current record, 23.6 million boxes, which was established in 2019. 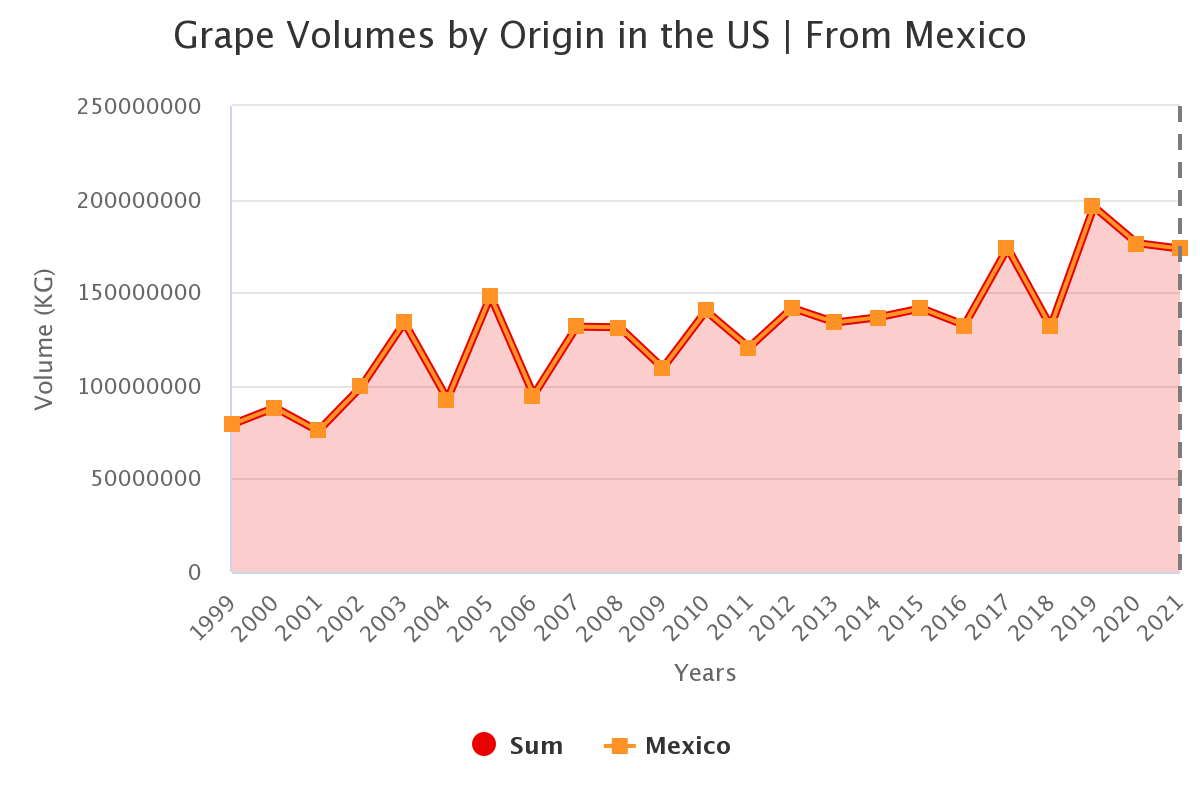 “Sonora has the potential to harvest 23 million boxes in seven weeks (weeks 20-26),” stated John Pandol, director of Pandol Bros’ Special Projects and current president of the grape division of the Fresh Products Association of the Americas. “There are divergent views on whether Mexico will export all of that volume to the US and Canada, plus 1 to 2 million in July. Operationally and logistically, can Nogales withstand moving 4 million boxes for four weeks in a row? Is the market able to absorb so many grapes so quickly? Desert grapes do not have the shelf life or the later areas, so the grapes stored for too long will encounter the resistance of the market,” Pandol said. “It’s going to be an interesting transition,” he said.

The grape industry in Mexico has followed a similar trend to the one observed in other important producing regions – such as Peru, Chile, and California – of increasing volumes in the second half of the season. 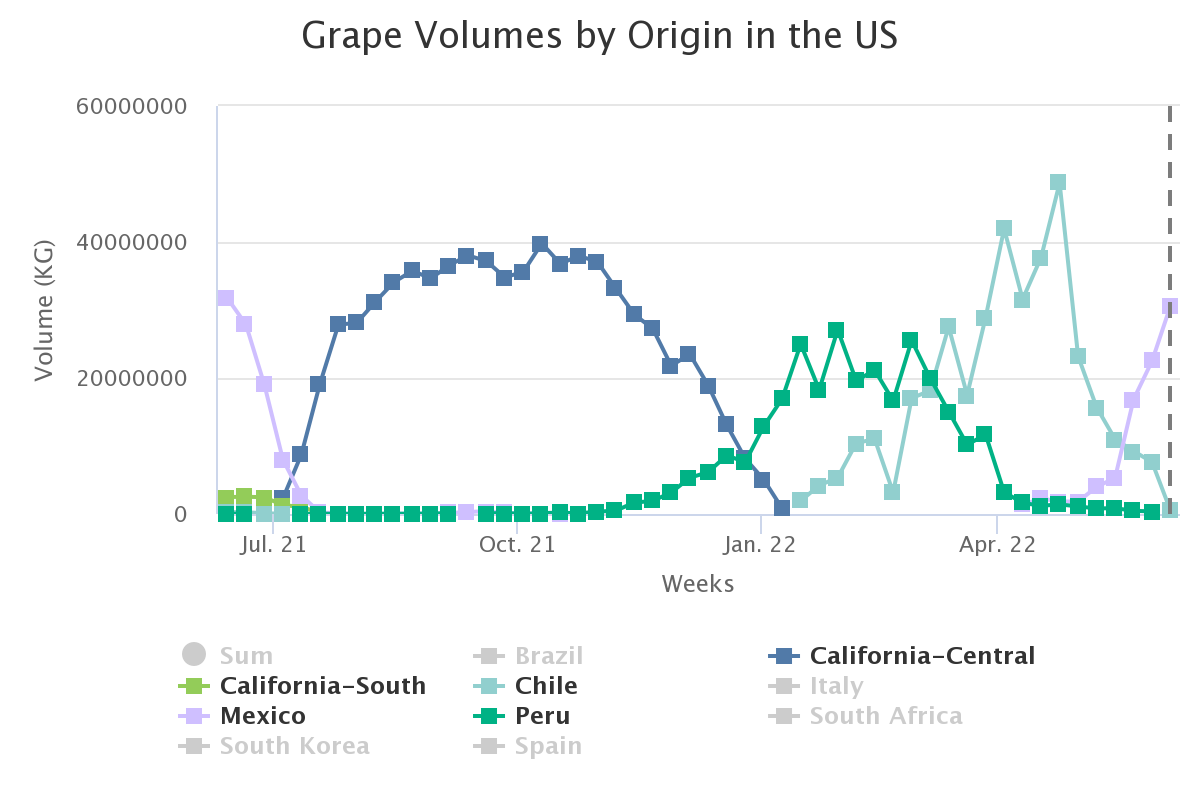 “This change is largely driven by two key factors,” Pandol stated. “The first factor is that retailers didn’t rush to be the first to market in new areas; they marketed well-ripe late-season grapes from the previous origin.”

“The other factor is that there was a reduction of early season varieties, such as Perlettes and Flames, and the limitation of new varieties to replace them,” the specialist said.

“Sonora season’s midpoint has normally been June 4. Now it’s on June 12, partly due to the elimination of some of the early volumes.”

As a result of these changes, the Mexican season is now much more in line with California’s early grape supply in Coachella and there is a growing overlap with the Central Valley, where volumes increase in mid-July. “Sometime in June, retailers will decide when the last week of desert grapes is and when the Central California grapes start. The transition should take place sometime during weeks 28 and 29. By week 30 it will be 100% Central California,” Pandol said.