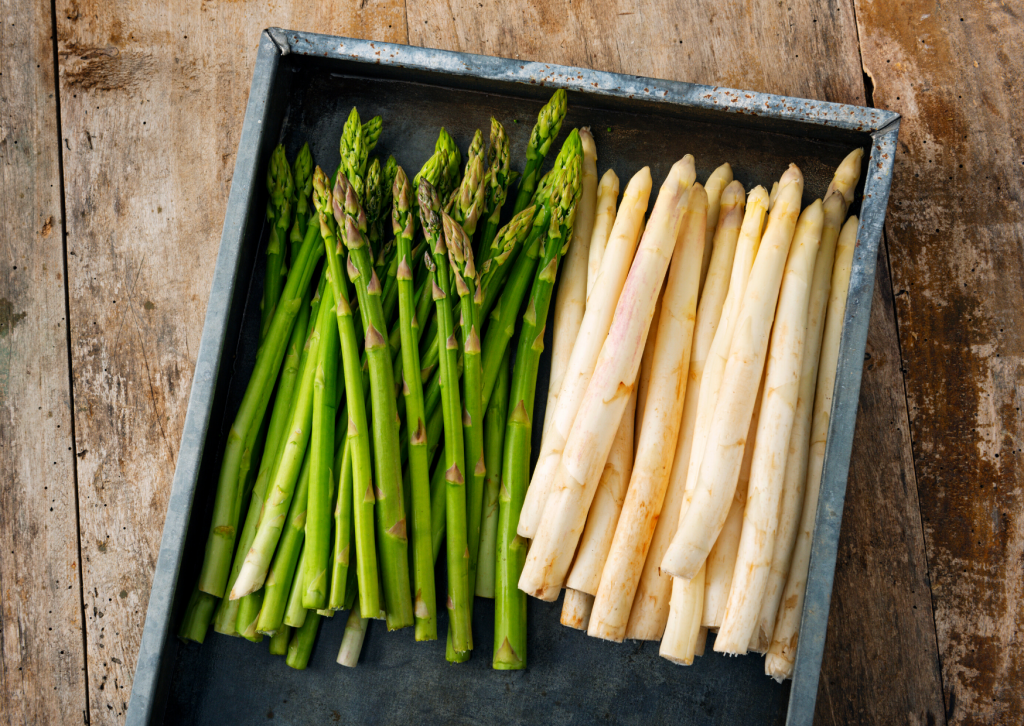 In this installment of the ‘Agronometrics In Charts’ series, Sarah Ilyas studies the state of the California asparagus market. Each week the series looks at a different horticultural commodity, focusing on a specific origin or topic visualizing the market factors that are driving change.

Most of the nation’s domestic fresh asparagus comes from California, with about half of that grown in the Sacramento-San Joaquin Delta. America’s ever increasing appetite for the vegetable, however, is being met increasingly by imports from Mexico, Chile, Ecuador etc. The San Joaquin Asparagus Festival, which returned to the San Joaquin County after a two-year hiatus because of COVID-19, was held between May 6 and 8. It featured asparagus in all forms such as deep-fried asparagus and asparagus ice cream. Once called “the King of Vegetables,” the local fields of Delta asparagus have become scarcer. The thousands of acres of asparagus that once covered the Stockton-Brentwood area have been replaced by urban sprawl and other crops. In the last 20 years, the volume of asparagus grown in California has reduced drastically. According to the USDA, some interruptions were caused in asparagus growth this season due to cooler weather in Sacramento. 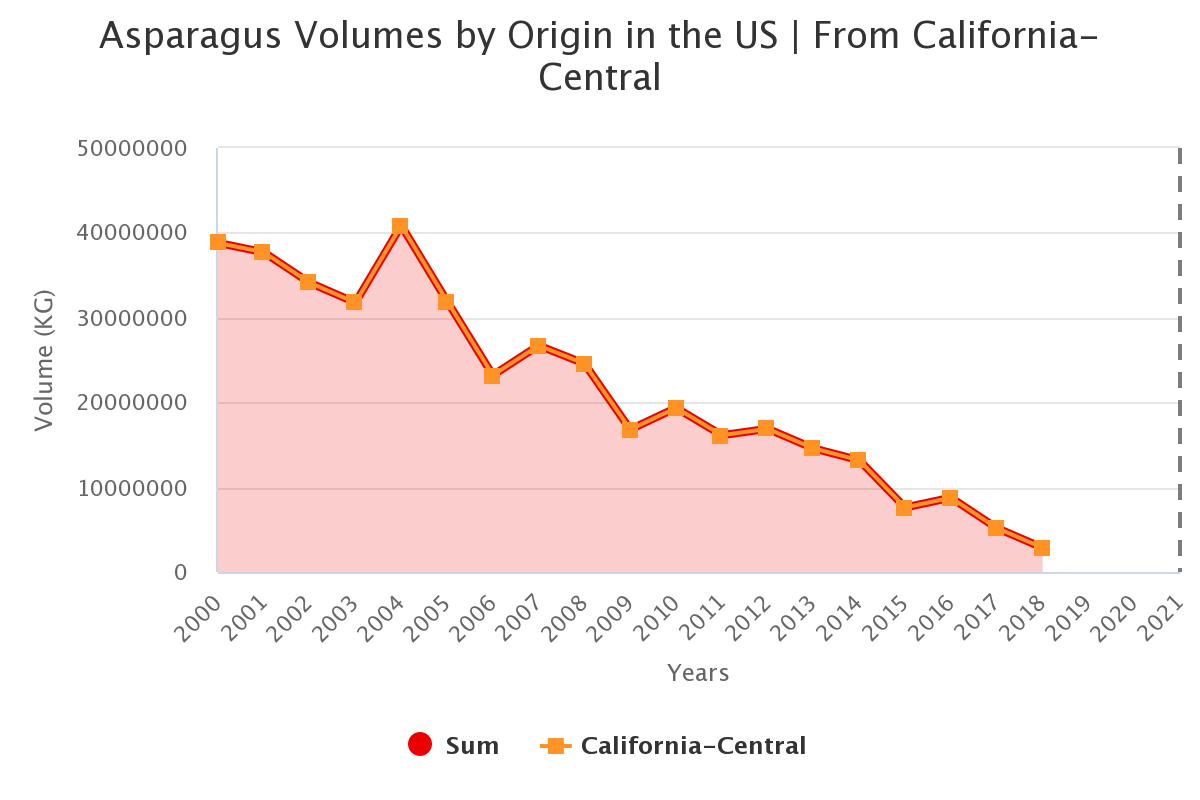 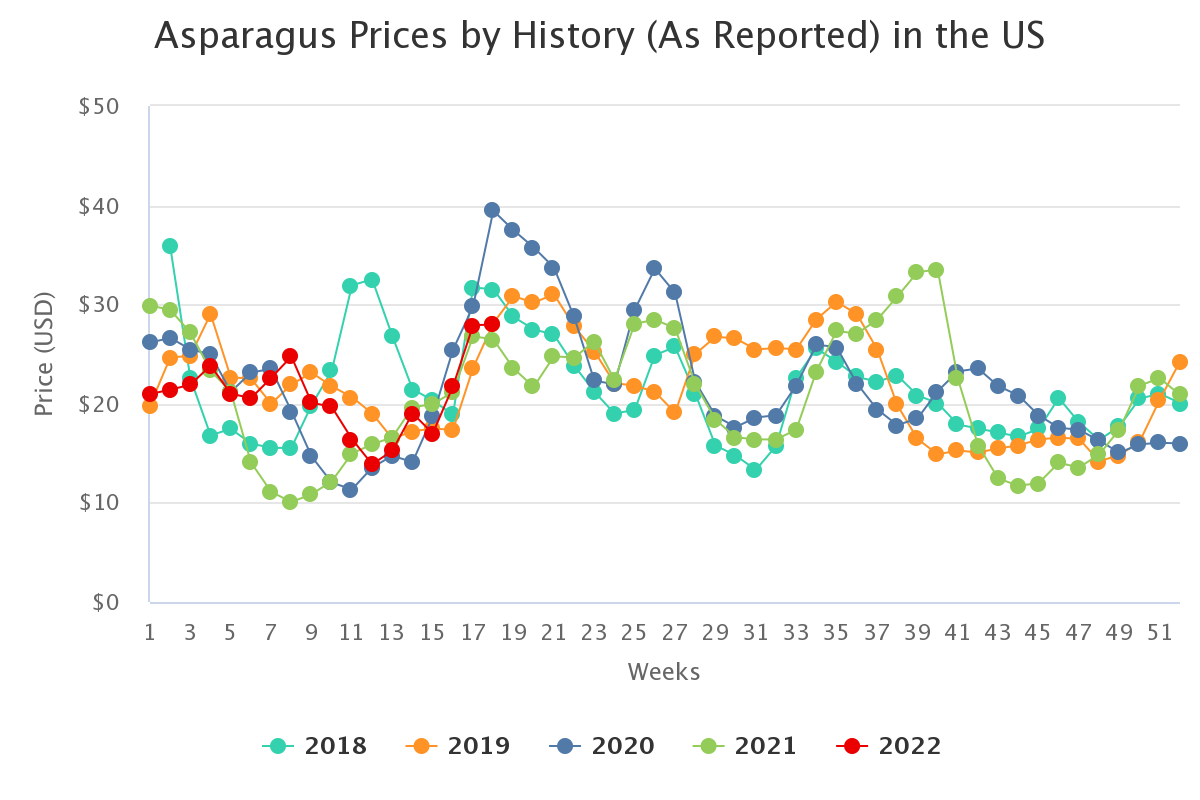 In the early 2000s, California farmers were growing more than 36,000 acres of asparagus. In 1995, Contra Costa County harvested 20,000 acres of asparagus. In 2017, this number dropped to a mere 1,300 acres, according to the California Asparagus Commission. This decrease was caused due to the North American Free Trade Agreement (NAFTA) that took effect in 1994. Until that time, growers were able to garner premiums for their superior quality California grown asparagus. With NAFTA in place the difference between Mexico and California’s asparagus production costs, given the latter’s higher wages and production costs, have had a significant impact. NAFTA was replaced in 2019 by the U.S.-Mexico-Canada Agreement, but that has continued to aggravate the problems. Added to the increased costs of production, asparagus on average requires nearly 260 gallons of water per pound. Under the state’s Groundwater Management Act, agriculture is required to adhere to strict “sustainability plan” guidelines for pumping in dry years. Furthermore, the vegetable still has to be hand-harvested, hand-sorted and hand-packed.

Although consumers have to pay higher prices for California asparagus, the quality, flavor and safety of the state’s asparagus still makes it a highly sought after commodity.