Overview of apples from Michigan in the U.S. market, complemented by charts from Agronometrics. Original published on August 04, 2022.

After a couple of challenging seasons, Michigan apple grower-shippers are looking for an outstanding crop this year — some say maybe a record one. 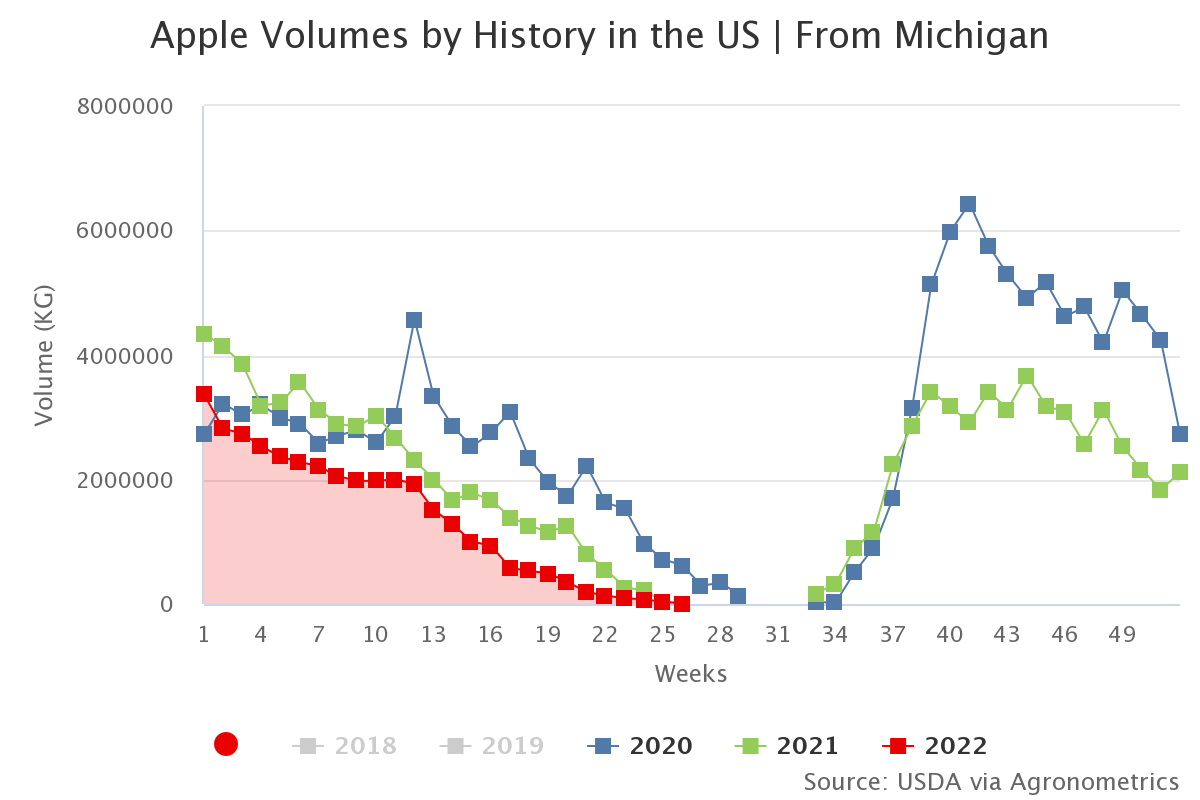 Belding, Mich.-based BelleHarvest Sales Inc. will kick off its season in August with a managed variety, the SweeTango, a blend of the Zestar and Honeycrisp varieties, said president Nick Mascari.

That will be followed by Honeycrisp, gala and fuji varieties.

Smitten apples will come on in September, and the proprietary Topaz will start in December.

“This coming season in Michigan, we are planning on having an excellent crop,” Mascari said. “It could be one of the largest crops in a decade for the state of Michigan.”

It makes sense for BelleHarvest to grow the popular managed varieties, he said.

“It separates you from some of the regional growers that just have your basic commodity apples,” he said. “It’s a different value proposition for us.”

“This year’s crop looks to have the potential to be a large crop in Michigan, maybe even a record crop,” he said. “Quality as of (late July) looks outstanding.”

He expected to see production increases compared to the past few years from most varieties.

“We also are one of two Michigan suppliers who represent the SnapDragon and RubyFrost from New York State.”

The company is moving away from some of the older early apple varieties and adding newer early apples, like early galas and Honeycrisps, he said.

“We still pack red delicious, but not as many as we used to,” Curtis said.

Riveridge Produce Marketing will get started the third week of August, as is typical, with Paula Red, Ginger Gold and the early strains of gala and Honeycrisp, said Trish Taylor, marketing manager.

“We also added Ambrosia into the mix last season and are seeing good traction and excitement on the variety.”

Volume at Riveridge should be up considerably over last year, in part because of the ideal growing conditions and because orchards planted four and five years ago will be coming into maturity, Taylor said.

Diane Smith, executive director of the Lansing-based Michigan Apple Committee, won’t claim that this year’s crop will set any records, but, “we’re definitely looking for a large crop,” she said.

The official forecast won’t be released until mid-August.

It certainly appeared in late July, however, that the 2022-2023 season will top last year’s 14.5-million-bushel crop. Average apple volume for the state is 24 million bushels, Smith said.

Bad weather was blamed for the drop in production the past two years, but that won’t be the case this year.

“This year, spring was perfect,” Smith said. “There was a slow warmup and great pollination weather.”

Despite the strong crop, grower-shippers still have to deal with rising costs, which aren’t easy to recoup.

“Inflation continues to impact our operation across the board,” Taylor said, whether it’s rising labor costs, farm materials, packaging or transportation inputs.

“The cost increases have forced us to further optimize within our organization, but ultimately, some of these costs will need to be passed on,” she said.

“It’s a fine balance, because there’s only so much the consumer is willing to pay at retail,” he said.

And there are competing items in the produce department that consumers consider substitutes for apples if prices rise too high.

A challenge for Jack Brown Produce has been finding an adequate number of workers during peak season, Curtis said.

In mid-July, the company had about 20 employees, but that number will swell to as many as 100 workers when packing starts.

The past two seasons the company has had to hire contract workers.

“We would rather not do that this season,” Curtis said. “But we might have to.”

Coates of Applewood Fresh said many retailers like to highlight the local or regional aspect of Michigan apples.

That enables supermarkets to support local economies, and there’s a sustainability angle, he said, since fewer miles are traveled when area chains purchase Michigan apples rather than fruit from growers in the West. 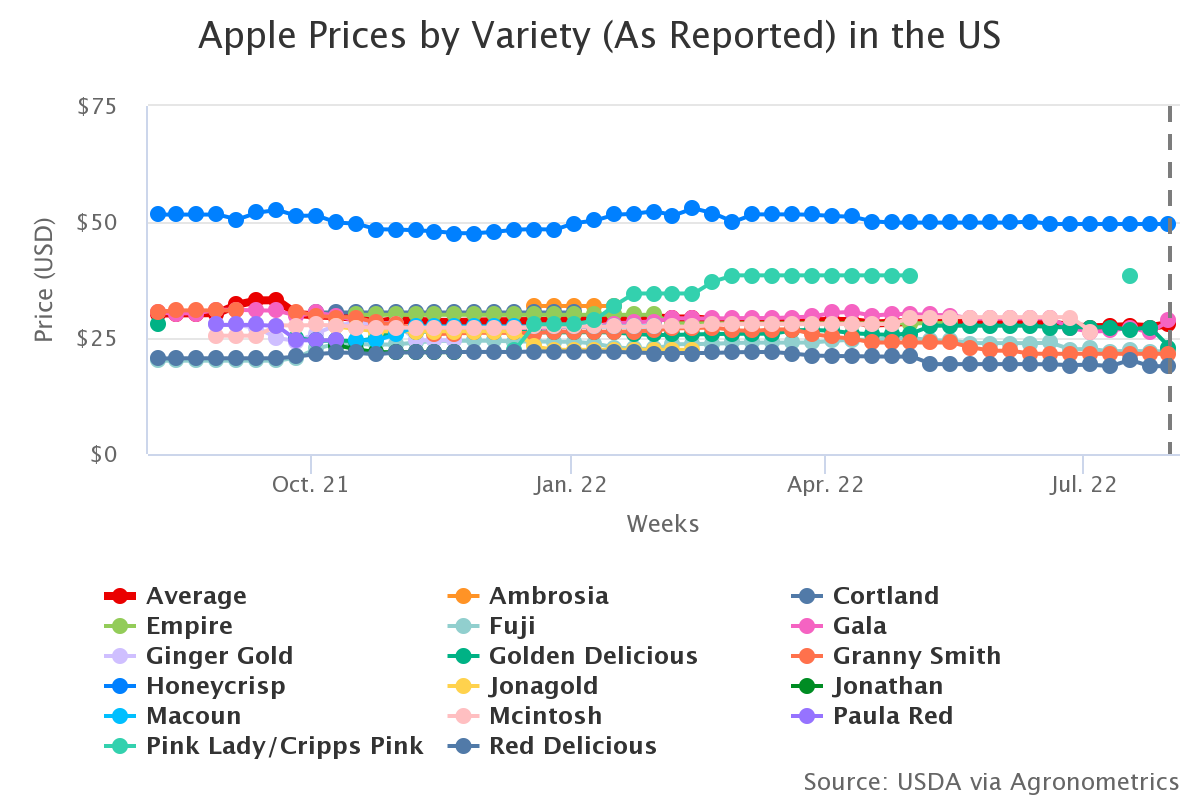 Michigan apple suppliers tend to offer a wide selection of packaged product, since it can be difficult for farmers in the Wolverine State to grow the larger sizes retailers prefer for bulk displays.

Pouch bags are gaining popularity, but poly bags have been the standby for Michigan apples.

“They will continue to remain popular with consumers because they know bagged apples have gone through packing lines to be washed, sized and sorted for defects and quality issues,” Taylor said.