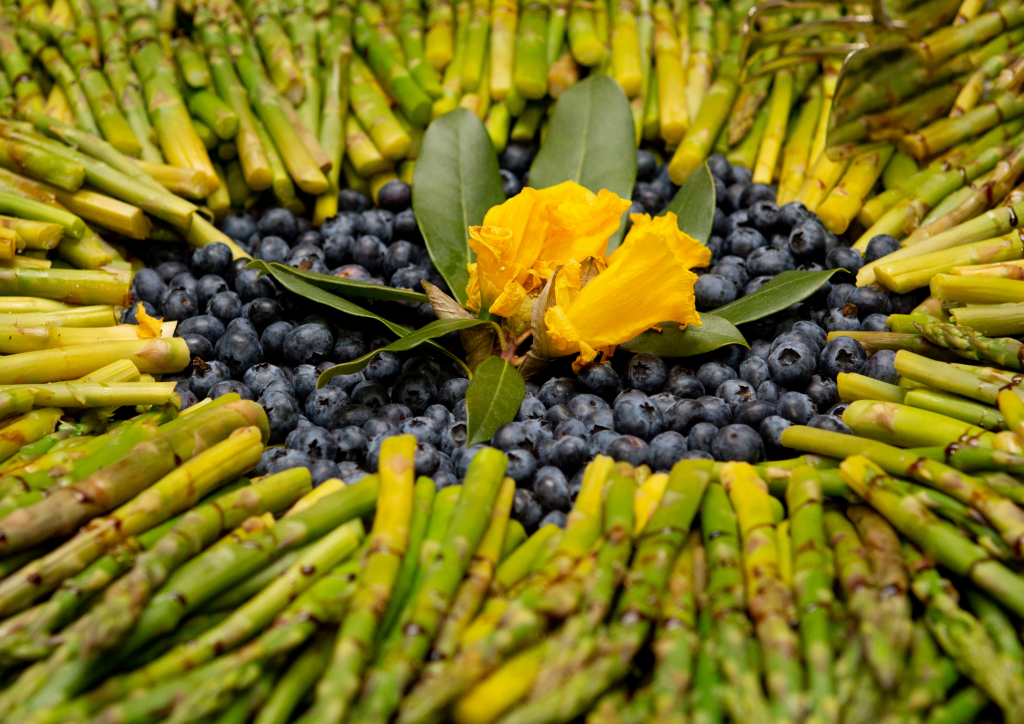 Overview of asparagus and blueberries from Michigan in the U.S. market, complemented by charts from Agronometrics. Original published on June 24, 2022.

Michigan is known for growing a wide variety of crops and the state leads the nation in the production of asparagus, black and cranberry beans, cucumbers, tart cherries, Niagara grapes and squash.

According to the Michigan Vegetable Council, there are more than 167,000 acres of vegetables grown in Michigan. While farms range in size, the majority of the medium and larger growers are generational farms, while newer farmers tend to be smaller, though some newer growers are working on large farms and are very strong and active.

The water, soil, and weather in Michigan is optimal and there are lots of areas of mineral soils and muck soils which are great for growing vegetables. Brian Klumpp, director of marketing for Traverse City, MI-based North Bay Produce, noted that the combination of Lake Michigan moderating temperatures throughout the year and the sandy soil of the region, helps farmers grow some of the best produce in the U.S.

According to the Michigan Department of Agriculture and Rural Development, Michigan agriculture contributes more than $104.7 billion annually to the state’s economy, second in diversity only to California.

The state ranks first nationally in the production of cucumbers for pickling, and these are available throughout the summer months.

Michigan apples are harvested August through October, but with controlled-atmosphere storage technology, they are available just about all year long. There are more than 11.3 million apple trees in commercial production, covering 35,500 acres on approximately 825 family-run farms.

Michigan ranks first in the nation for asparagus production, producing up to 23 million pounds annually. The majority of asparagus is grown near the Lake Michigan shoreline where the moderate temperatures and soils make for excellent production conditions. Unlike other asparagus grown around the U.S. asparagus in Michigan is hand-snapped above the ground, which results in a more flavorful taste. 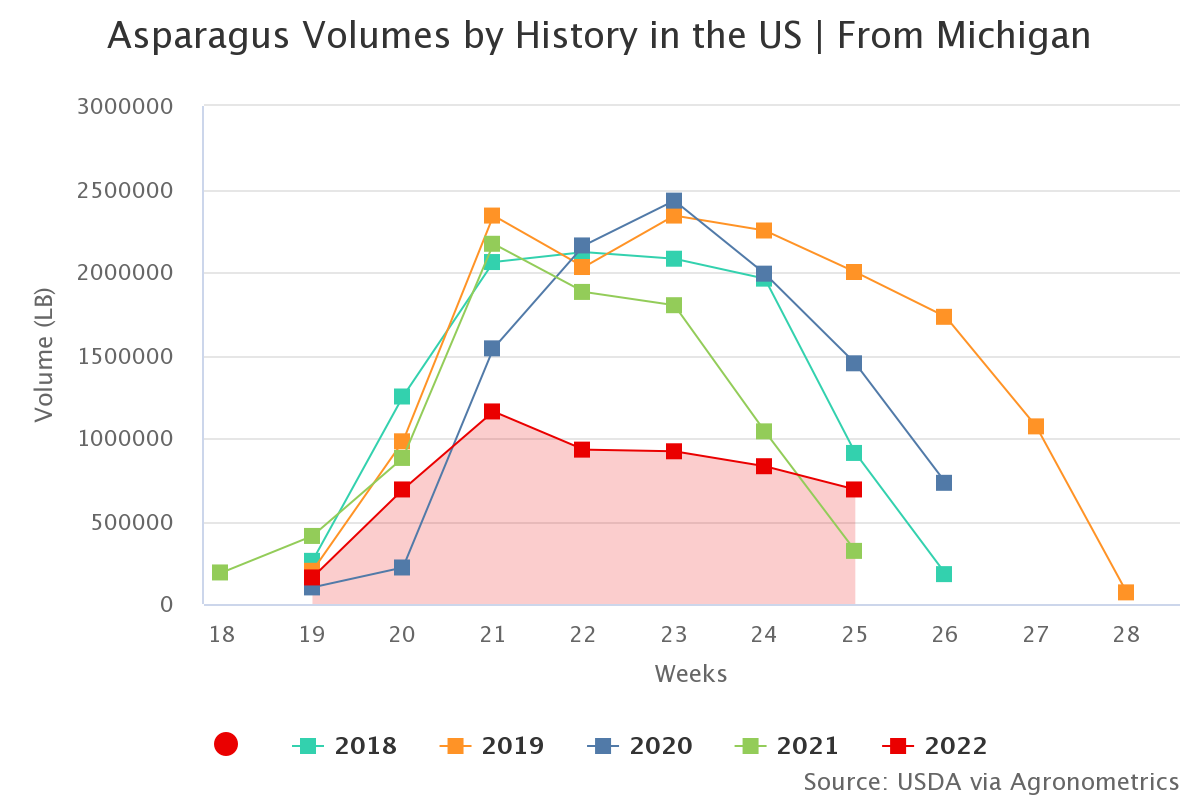 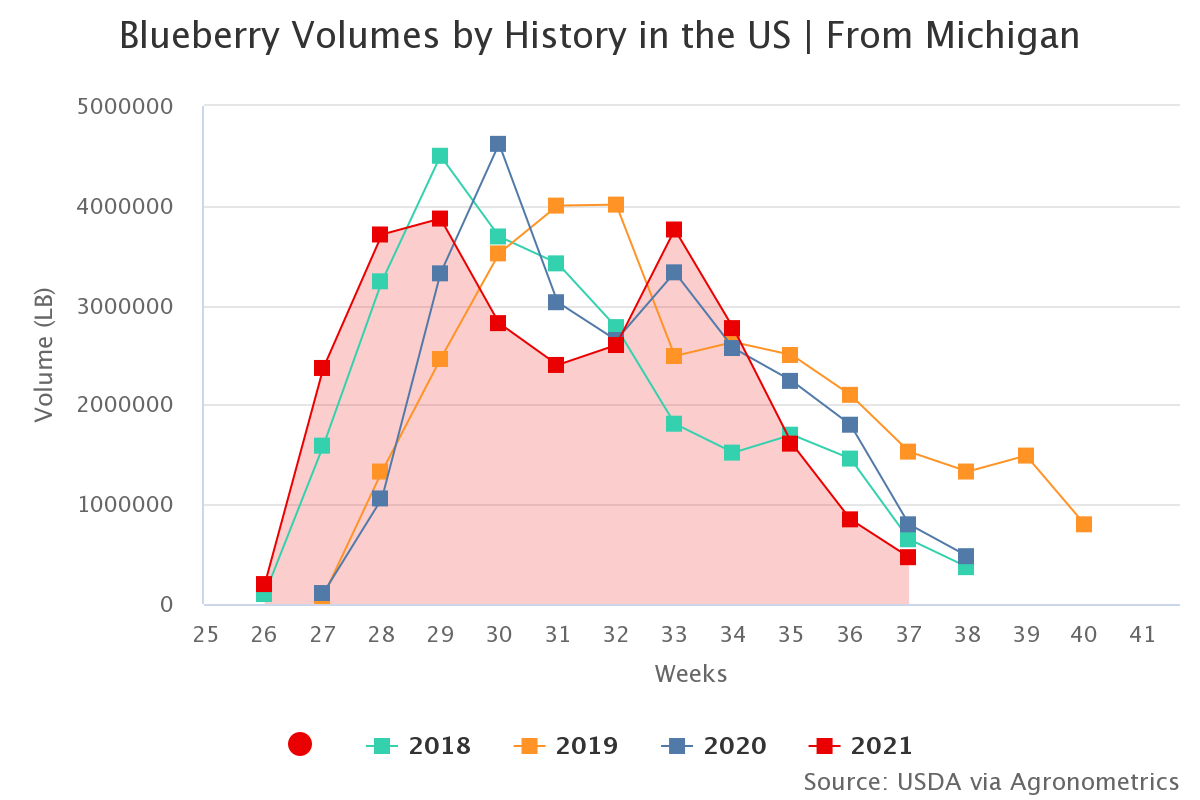 One of the keys to the Michigan produce seen is the Detroit Wholesale Terminal Market, located in the heart of the Eastern Market.