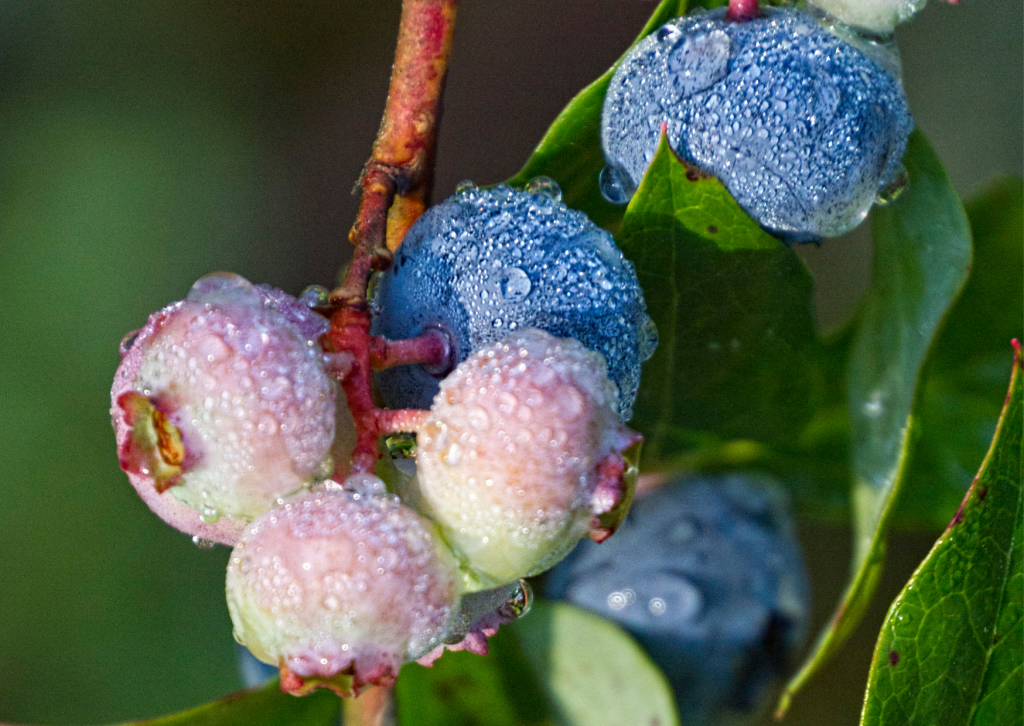 Overview of blueberries in the U.S. market, complemented by charts from Agronometrics. Original published on May 16, 2022.

Naturipe said that the California weather has been good for its crop of organic blueberries, which will start to peak with larger volumes through June, and urged retailers to focus on the segment as conventional production slows later this month.

The company said that the organic segment that continues to grow, due to consumer demand. The organic blueberry peak, mainly coming from California and Georgia, is well-positioned to fill a space where options will be limited due to lighter conventional supplies.

“Weather in California has been stellar, producing superb quality organic blueberries. Cool nights and warm days are bringing the crop along nicely,” says Brian Bocock. “What’s also exciting is that Naturipe’s Rocio variety continues to delight with fantastic firmness and flavor. Our growers have been working hard year-round to produce high volumes.” 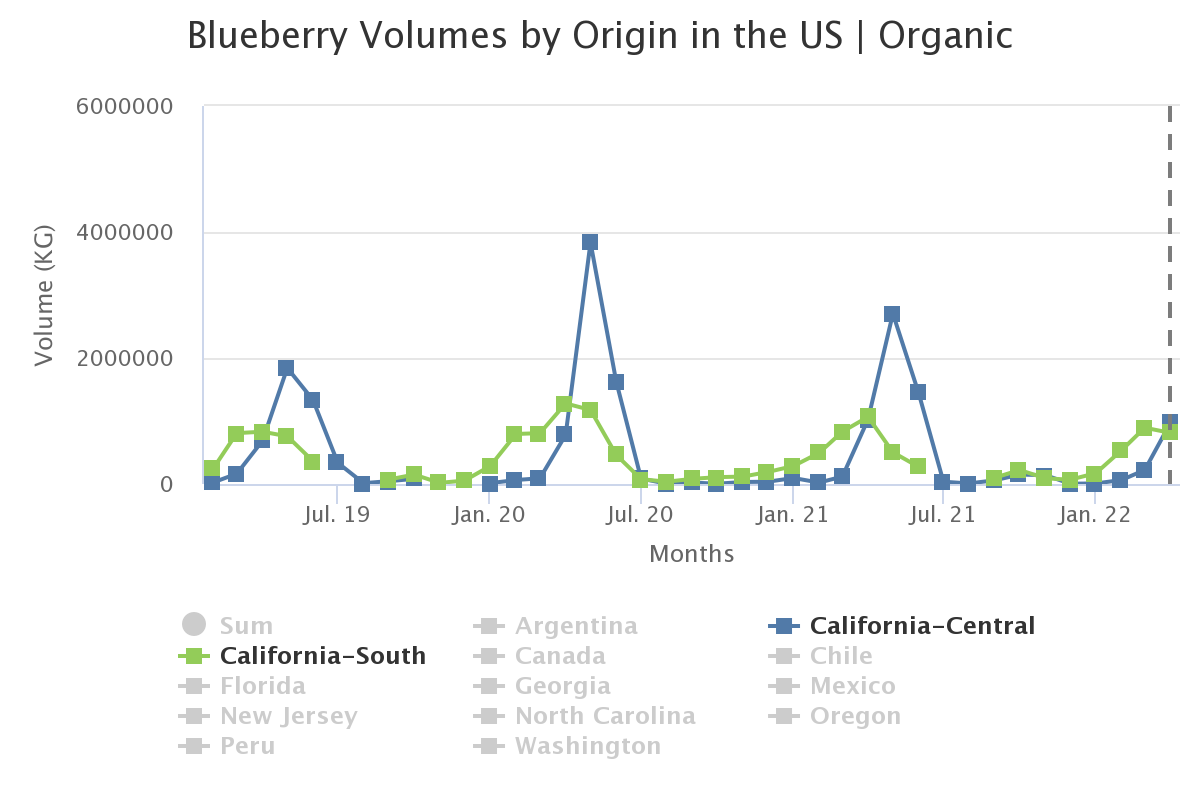 Naturipe recommends sizing up during this peak to organic pints or organic 18 oz clamshells to take advantage of the additional organic volumes in play. Consumers continue to gravitate to larger pack sizes, especially those with families.

The Pacific Northwest (including Oregon, Washington and British Columbia) organic blueberry season is a little behind this year due to cooler weather, but it should start to ramp up in the middle to end of June, providing a great summer selling season in July and early August 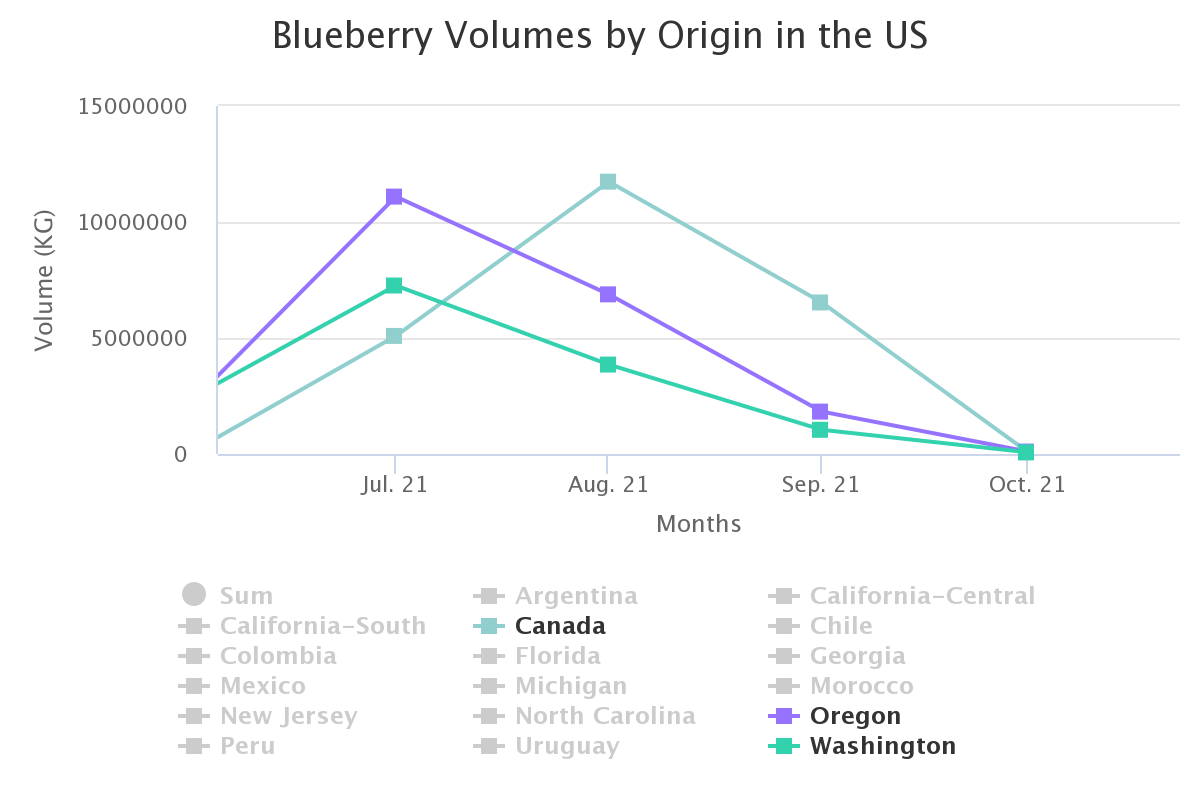 As for conventional blueberry production, it will peak between weeks 29 – 32 this year with both the Pacific Northwest and Michigan in peak and still good production from New Jersey. 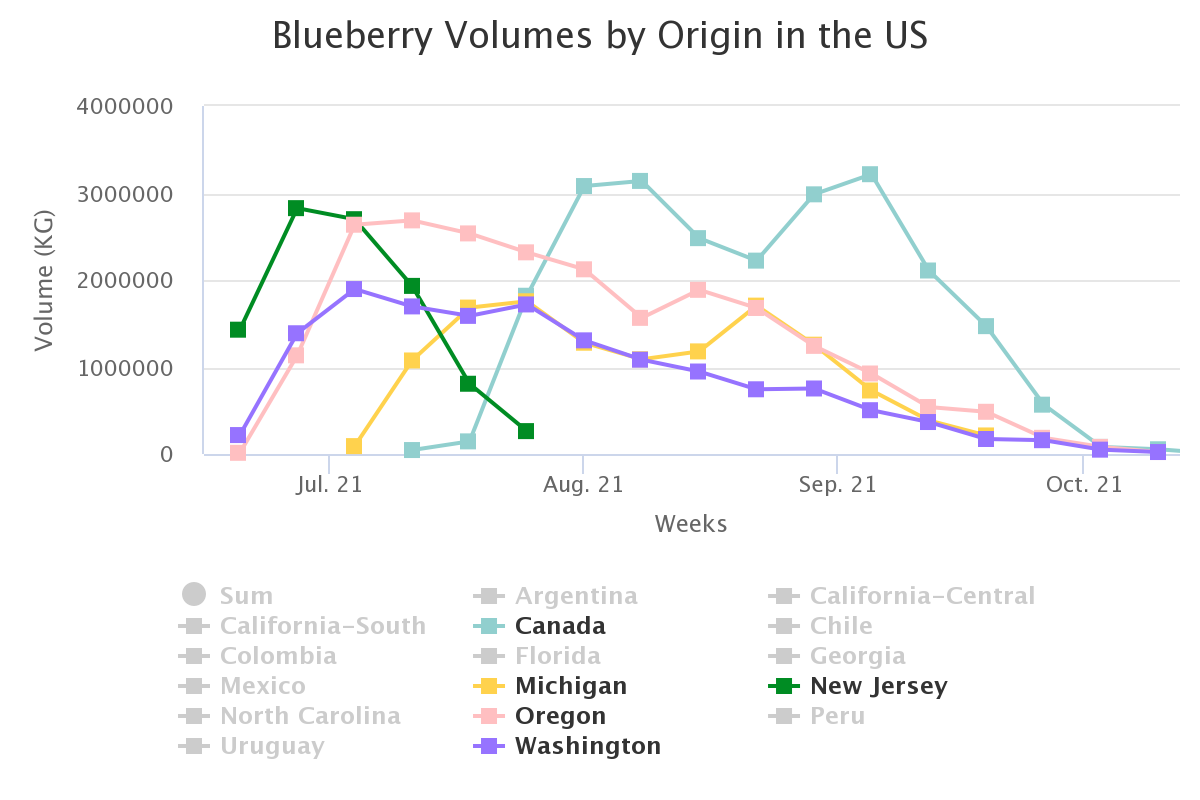 The superfruit volumes in June will be strong as well, but overall less volume than in previous years, with the Georgia and North Carolina late season crops both being impacted by the earlier freeze in those regions. Production from North Carolina will peak from early to mid-June, making these berries perfect for post-Memorial Day promotions.

Conventional blueberry production out of New Jersey has a slightly delayed start, due to a cooler Spring, and will be peaking from late June to late July, with availability through the beginning of August.

At this point the New Jersey crop is looking very good and will be key for 4th of July demand. There will be promotable volumes on all pack sizes coming out of this region during the peak but pricing will be strong due to lower industry volumes and impacts of inflation on all farming activities.

In the Pacific Northwest, blueberry season is also getting off to a later start compared to previous seasons due to cooler weather. Naturipe anticipates production in this area will peak at the end of July and then start to taper off in late September making this a key region for the late summer season and promotions. 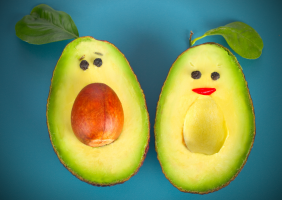 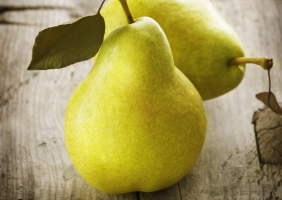