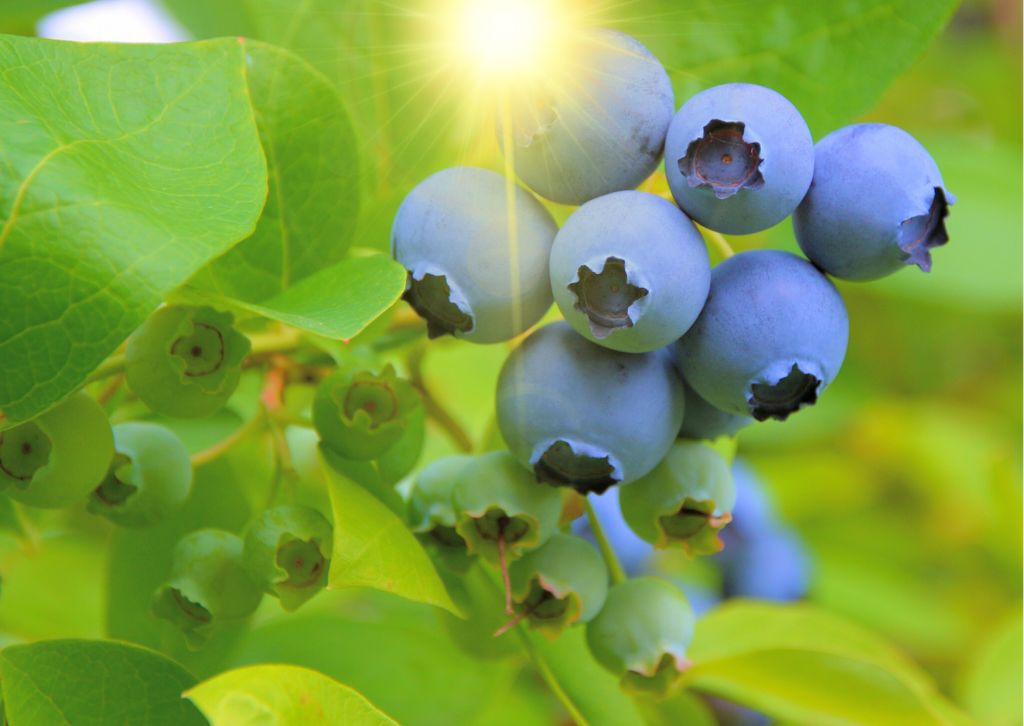 Overview of blackberries from Mexico in the U.S. market, complemented by charts from Agronometrics. Original published on May 25, 2022.

“We foresee another four to six weeks of Mexican conventional blueberries going to the U.S. Usually in the late Mexican season, plants are pruned by mid-June,” says Gerardo López of Produce Lovers. He notes that as the weather in Mexico heats up, the fruit is maturing faster and sizes are going down. However, the fruit is meeting or surpassing quality specifications. 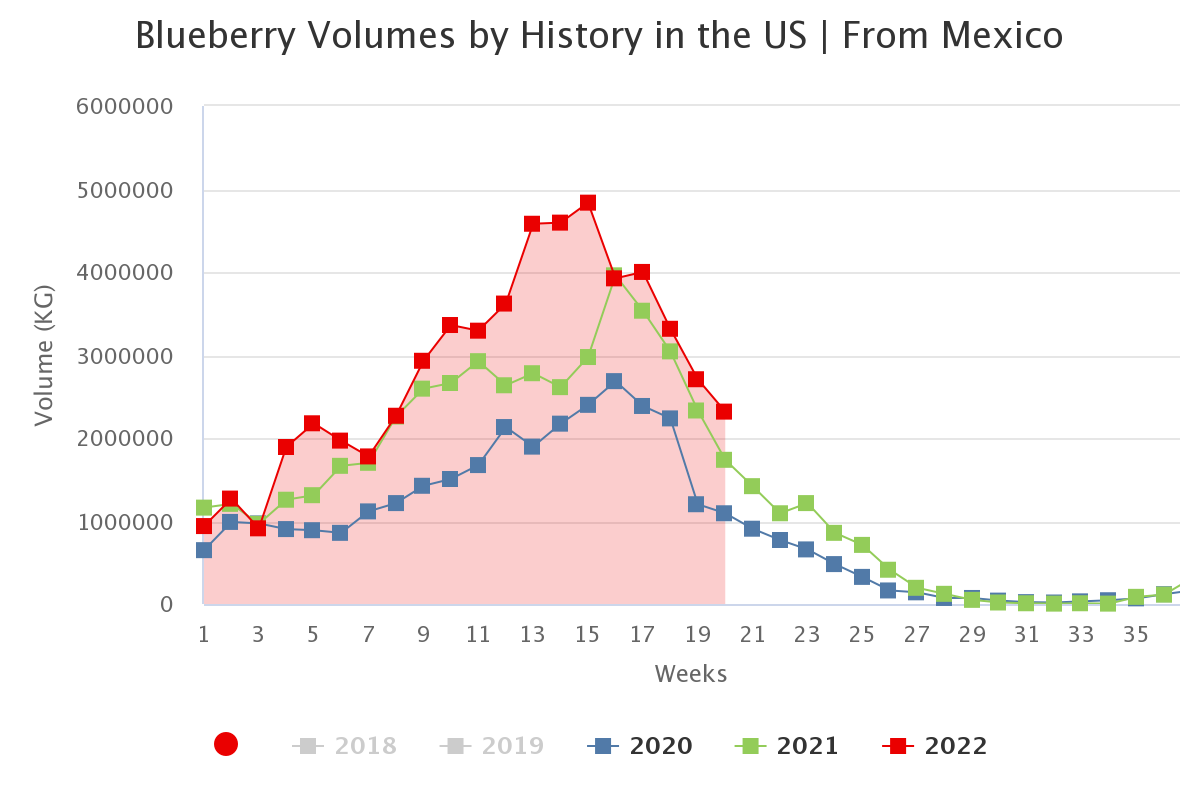 As for demand, it’s staying steady for Mexican blueberries. “Because we compliment the U.S. season, we’ve been getting good demand,” says López. “Pricing is extremely driven by demand. So when big volumes from Peru, Chile and the U.S. come in, prices go down. It’s extremely important to plan your sales well ahead so you have retailers promoting fruit so that stocks of fruit are healthy. Once the stock starts getting large, markets starts suffering.” 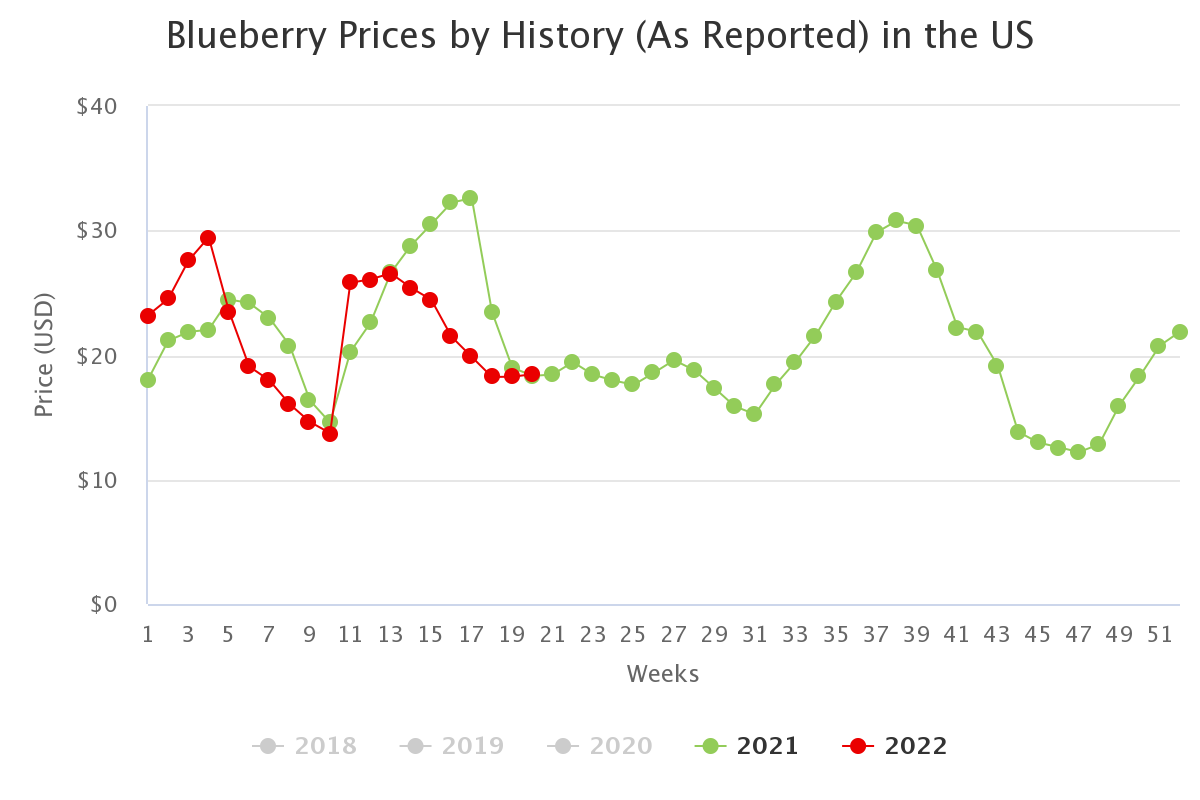 Looking ahead, as supplies from the southeast build, prices are likely to soften. “I’m not sure to what level but I don’t think it’s going to be catastrophic,” says López.

Meanwhile even further ahead, López is working on its expansion plans and is expanding its early Mexican season. “So Mexican supplies of blueberries from September to mid-January will increase as farms mature and develop. We will probably have twice as much,” he says.

It’s also developing farms with premium varieties from the Sekoya program. “By next season, we will have our first commercial production of Sekoya Pop and we’re expanding that,” says López. “In about three years, we expect to have close to 150 hectares of Pop in commercial production for the early season.”