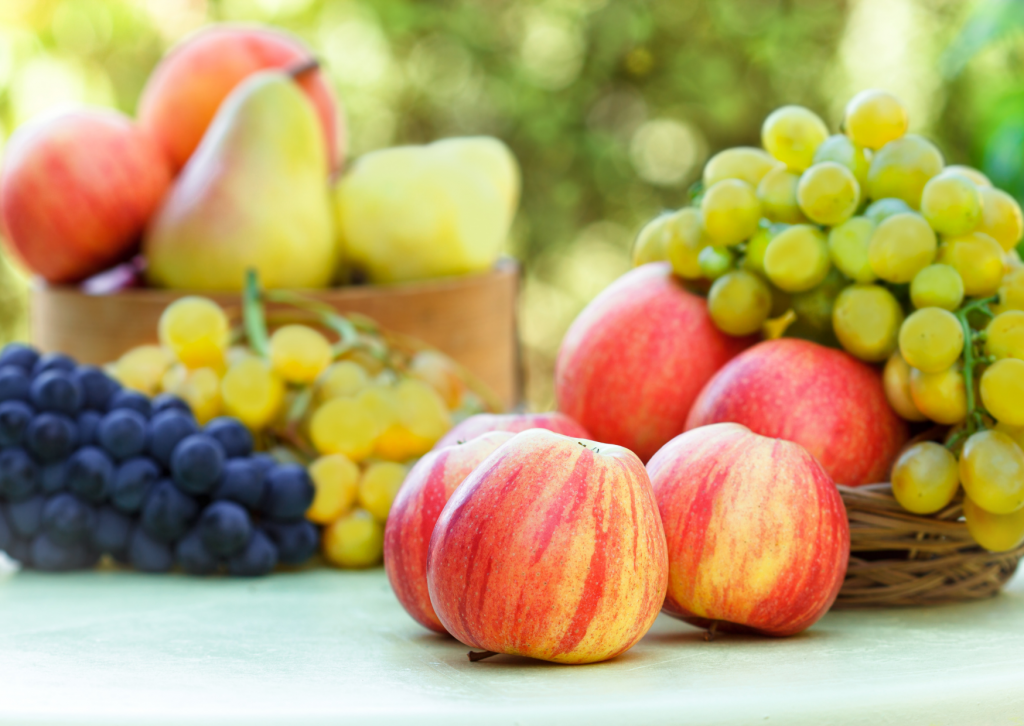 Overview of apples, pears and grapes from Chile in the U.S. market, complemented by charts from Agronometrics. Original published on May 20, 2022.

The USDA published its semi-annual  Fresh Deciduous Fruit Report for Chile and projects decreases in production for both apples and pears, with increases expected for table grapes. 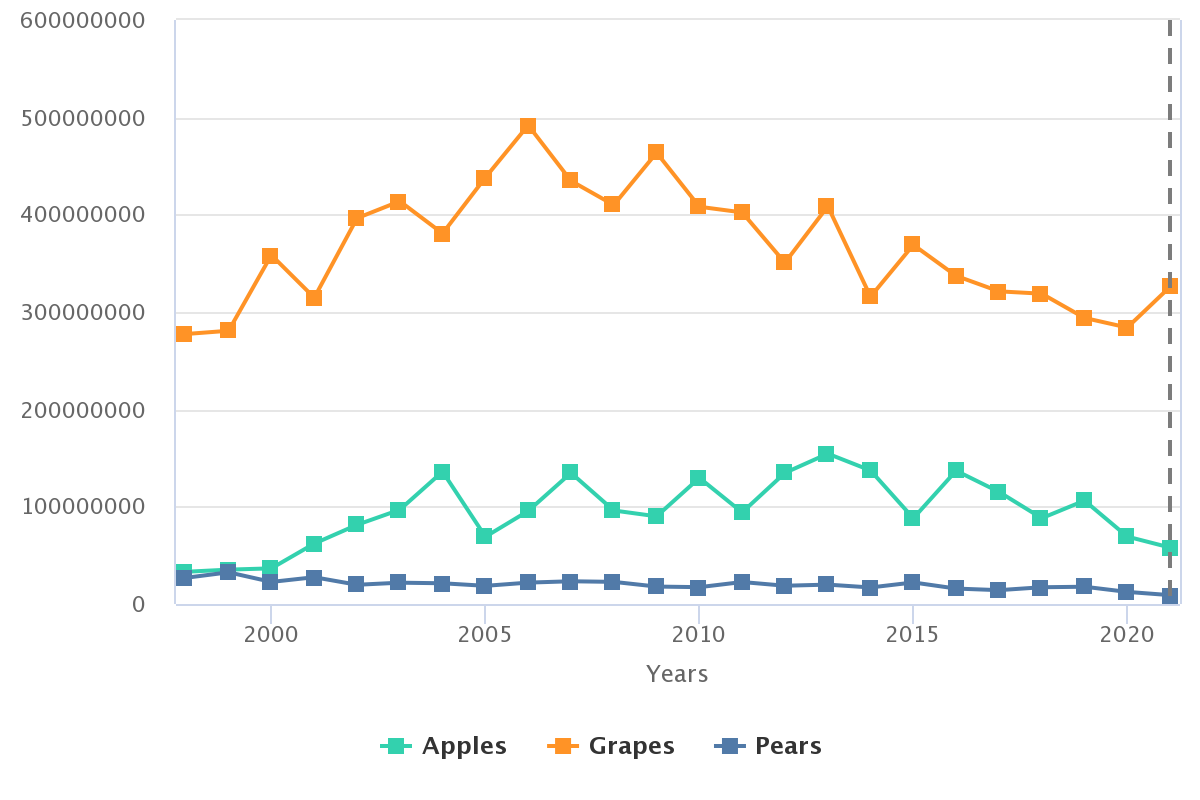 According to the report, improved climatic conditions has helped rebound Chile’s table grape sector, growing the 2021-22 final harvest tally to 760,000 Metric Tons (MT), a 15.2 percent increase compared to the previous season. This reflects the lowered harvest in 2020-21 due to rainfall in January 2021.

Despite the increase in the crop’s overall harvest, the table grape planted area has decreased year-over-year by 5.2 percent to 43,104 hectares, which the USDA attributes to drought related issues and low margins of return for growers.

For this current season, the USDA’s Foreign Agricultural Service (FAS) estimates that export volumes will recover from a 1.6 percent decline in shipments noted from January to March 20222, compared to the previous year, a result of logistical delays in Chilean ports.

However, since March 2022, the USDA said that its sources indicate that export volumes increased significantly, and the total season should rank at 600,000 MT, an increase of 14.2 percent compared to last year.

Chile’s planted area for apples has decreased in the last year by 4.2 percent, as growers in the central-south part of the country have shifted to more profitable crops like cherries or walnuts, although this has been offset by groers working with wheat or oats in the Araucania region, which have turned to apples instead.

Thus 2021/22 production is estimated at 1.036 million MT, down 4.8 percent. For export, the region projects a total of 610,000 MT for the season, down 5.2 percent from the pervious year. The first pick of apples through March were down 24.1 percent due to logistics issues, but should catch up over the remainder of the season and peak months of May, June and July. 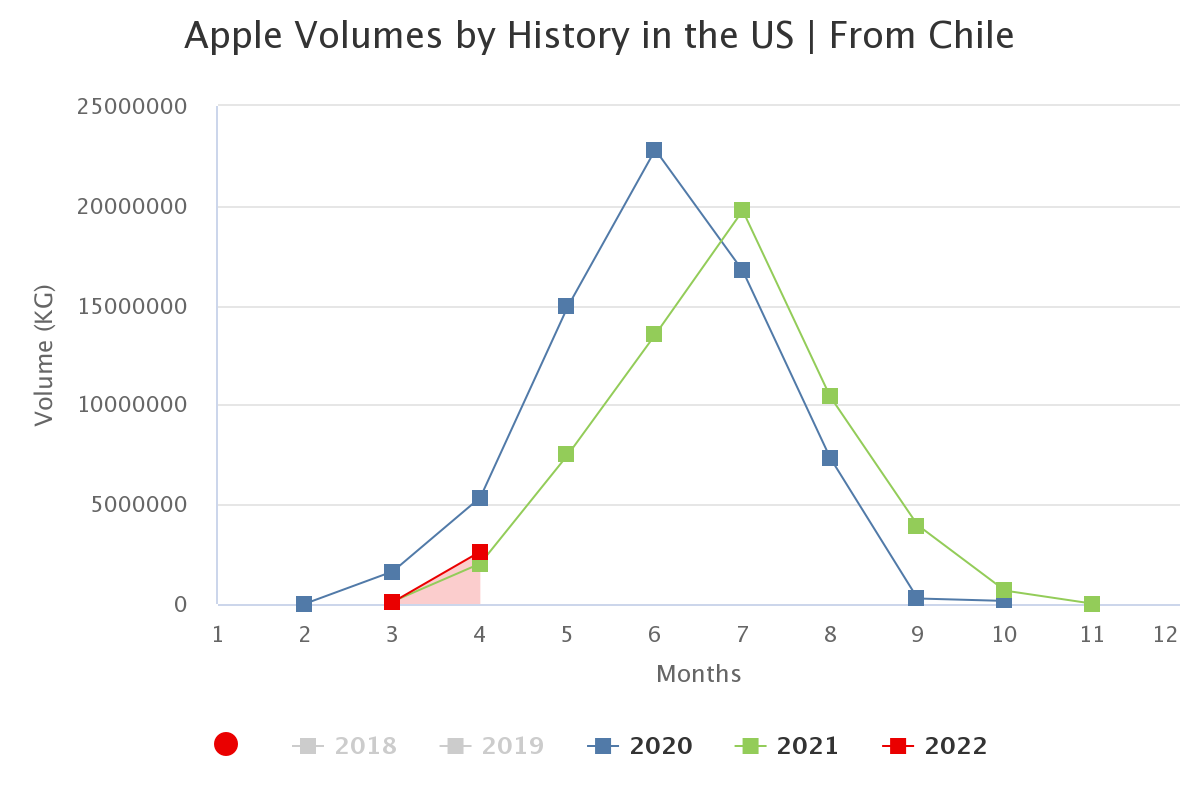 Chile’s planted pear crop decreased over the last year by 11.3 percent, a trend of decline over the last five seasons, which the report says is due to a faster-than-average decrease of margins for pears. Considering this declining trend in the planted area, the USDA estimates that Chile’s pear harvest will be 215,000 MT, down 6.9 percent compared to the previous year.

Exports are also expected to fall, dropping 11.5 percent year-over-year to toal 112,000 MT, although through March of this year the decrease is even more accentuated, with a 16.9 percent drop in exports through the first quarter.