Overview of the Chilean table grape exports in the US market, complemented by charts from Agronometrics. Original published on November 05, 2021.

The USDA has forecast Chilean table grape exports to rise significantly in the upcoming season, while apples are expected to remain flat and pears will likely see a decline.

In its Fresh Deciduous Fruit Annual report for Chile, the USDA said it expects table grape exports from the Latin American country to rise by 23 percent year-on-year to 645,000 metric tons (MT).

“This estimate assumes production will bounce back after the setback caused by the rainfall in January 2021,” it said.

Chilean table grape exports decreased by 13 percent in volume last season to 525,419, while the value of exports dropped by 11 percent to $826 million.

Total table grape production is expected to increase by a similar level to exports to reach 805,000MT. The rebound in production is associated with increased production from new varieties planted in recent years and a return to more normalized climatic conditions.

Volumes (in Kg) of table grapes from Chile in the U.S. Market 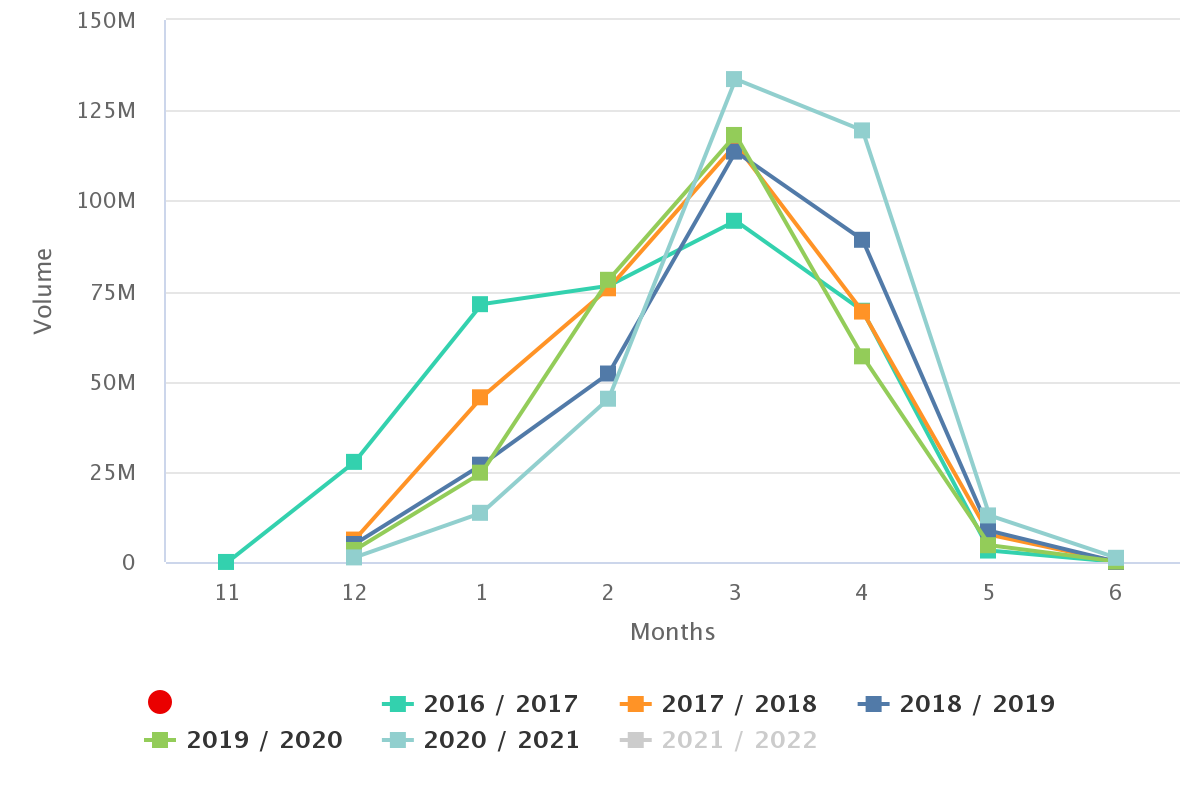 China is the second market for Chilean table grape exports, totaling 78,117 MT in 2020-21 a 30.1 percent decline over 2019-20. This decline is attributed to the quality of the fruit that was damaged by rainfall. Much of this product was not good enough to travel from Chile to a distant market like China and arrive with the required firmness and overall quality.

Chilean apple exports are expected to reach 637000MT next year, nearly unchanged from the previous season

“Producers are renewing current apple orchards with new varieties, but planted area is not increasing significantly due to competition from other fruit crops that are more profitable,” it said.

“Some of the new apple varieties in Chile are Brookfield Gala, Pink Lady, Rosy Glow, Ambrosia, Modi, and Buckeye.”

The USDA bases this projection considering the drought problems that Chile is facing in the apple production regions and assuming no unexpected meteorological events.

Pear exports are set to decrease by 7 percent to 112,000 due to the decrease in pear planted area and lower anticipated production volume.

“In 2020-21 (data until August) Chile increased exports by 6.8 percent, totaling 114,915 MT,” it said. “This increase in exports was due to the increase in pear production and because Chile was able to position pears in foreign markets, despite the difficulties in commercialization that come from consumer preferences.”

Historical volumes (in Kg) of apples and pears from Chile in the U.S. Market 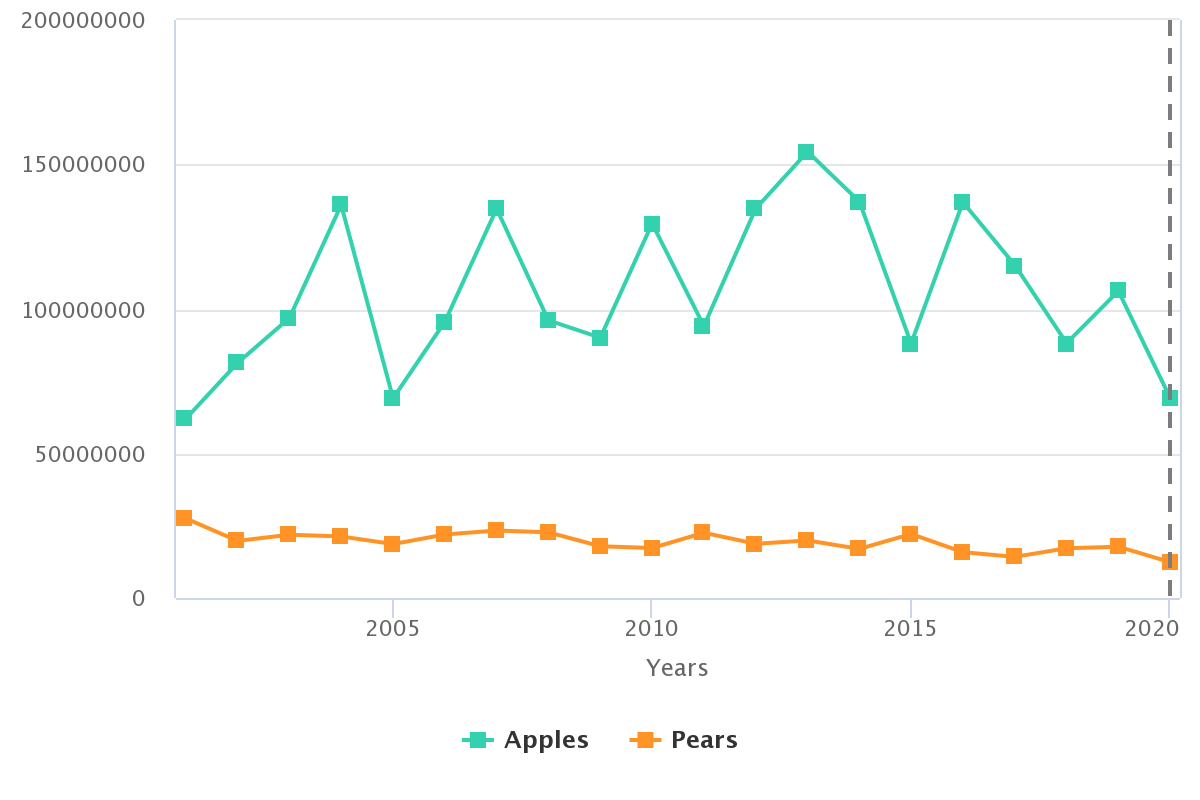 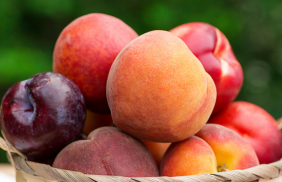 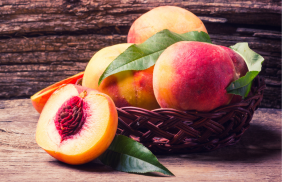 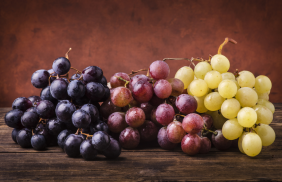 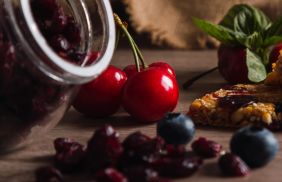