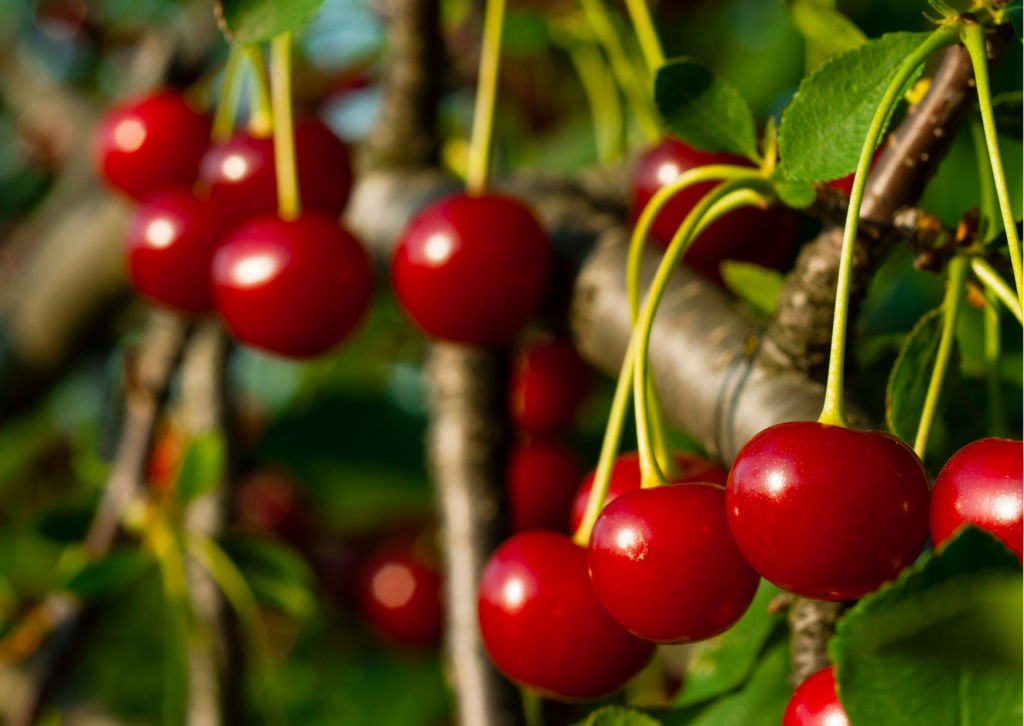 Overview of cherries from Washington in the U.S. market, complemented by charts from Agronometrics. Original published on April 26, 2022.

All eyes are on the weather as Washington makes its way towards the upcoming cherry season.

“We’re in the bloom season right now and so far, it’s a trying time,” says Dan Davis with Starr Ranch Growers based in Wenatchee, Washington. “We’ve had a lot of freezing temperatures and a host of cold weather issues. Hopefully we’re coming out of that weather and we’ll see where we stand over the next couple of weeks.”

Generally, the Washington cherry season begins in the last few days of May or early days in June and goes until August 20-25th. 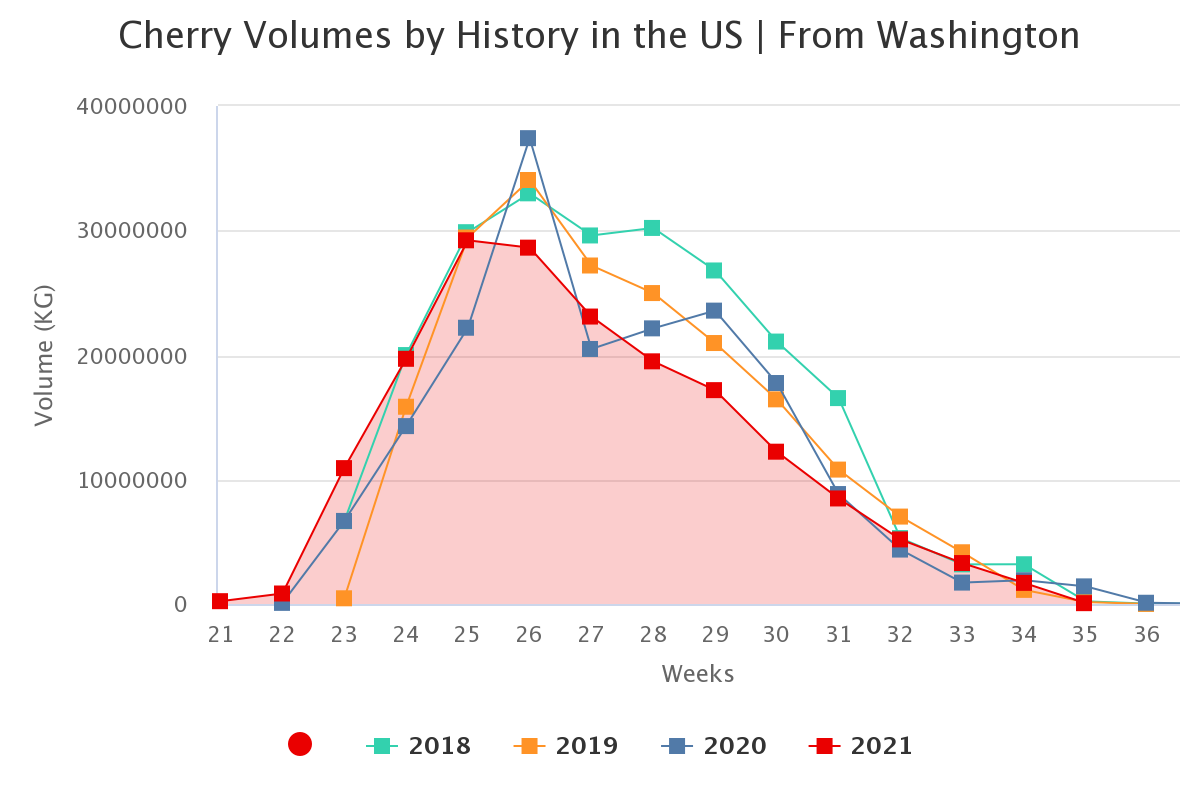 For Starr Ranch Growers, Davis says there has been a lot of transitioning of varieties over the last several seasons. “So we’ve been moving to varieties that grow higher yields and are more rain resistant,” he says. “It’s transitioning away from the historical Bing variety and towards other varieties that are far more prosperous.”

Other Pacific Northwest states such as Oregon and, to a lesser extent, Idaho, will also be in production at the same time Washington is while to the south, California’s cherry season runs ahead of Washington’s. “Last year we had significant overlap with California but this year it’s looking like they’ll conclude the bulk of their crop and be out of the market in advance of us coming into production,” says Davis. 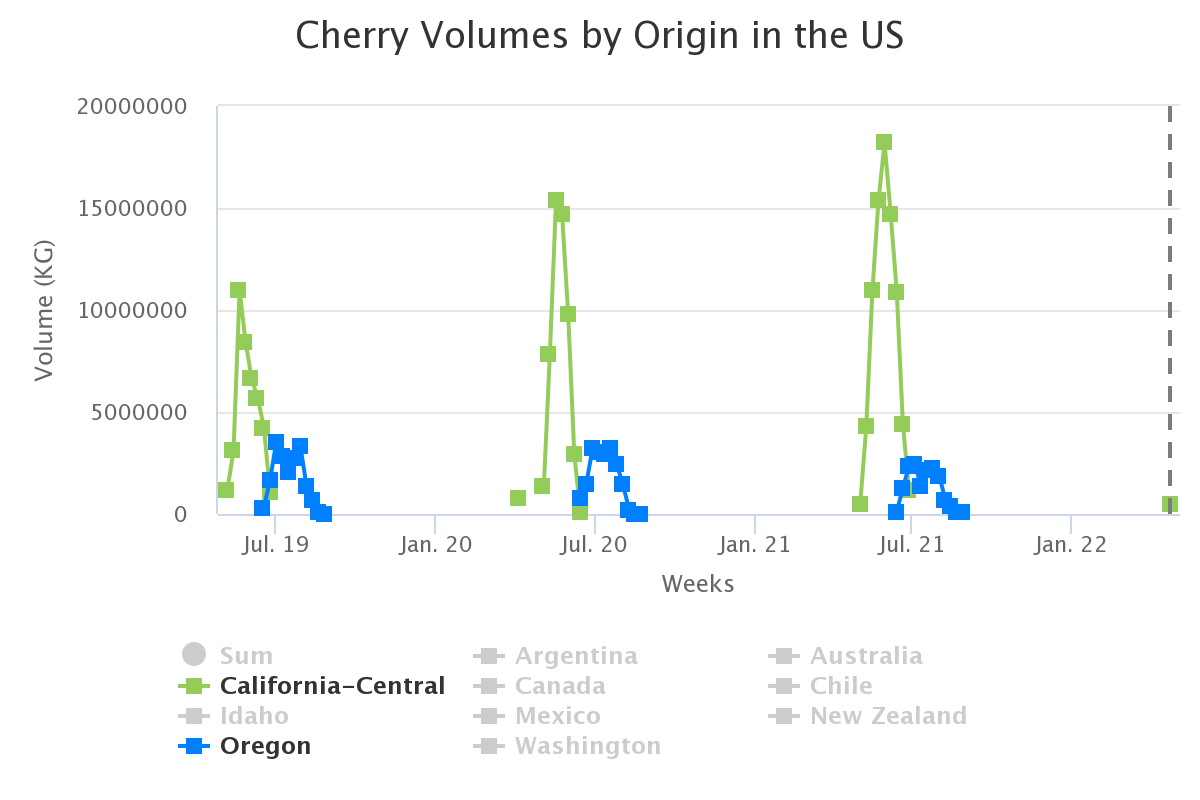 How will demand shape up?

As for what demand will be, that’s a bit of a moving target says Davis. “One of our questions is what will demand look like based on what is highly likely, with the weather we faced, to be a lesser crop. We’ll have more scarcity of crop than we’d anticipated even a month ago,” he says. “So with lower yields, cost structures generally staying the same and the pricing structure going up with all the inflationary effects, we’re interested to know. We want to set a realistic price on behalf of our growers to recover cost but we don’t want to demotivate people buying cherries either.”

What will likely be easier are the logistics given cherries are more often sent by air, rather than sea, to export destinations–for cherries, this largely includes Asia. “There’ll be air space and we’ll have robust demand. Air freight is more problematic in terms of cost but at least it’s available unlike ocean freight which is up in costs but there are difficulties in finding equipment as well which we’re dealing with on apples and pears right now,” says Davis.

Also developing this season for Starr Ranch Growers is its work on packaging options as it continues to explore choices such as top-seal packs or fibre trays. “We’ll experiment with some of that by conducting some small trials because we’re always trying to reduce our plastic footprint,” says Davis. “Hopefully we’ll come away with some positive learnings to make it more widespread next season.”